A trip to the Andes wouldn’t be complete without the sighting of its world-famous vulture, the condor. With a wingspan of up to 11 feet, they are the largest flying animal in the world. Andean condors are an impressive sight to see. You’ll increase your chances of spotting these majestic birds by going to high elevations, as their nesting sites are at 16,000 feet above sea level. They fly, eat, and rest at these high altitudes. When you see them so ring, be sure to take note of their neck. If they have a white-colored collar around the neck, they are male, if they lack it, that means they are female. Typically, a male is also larger than that of a female. 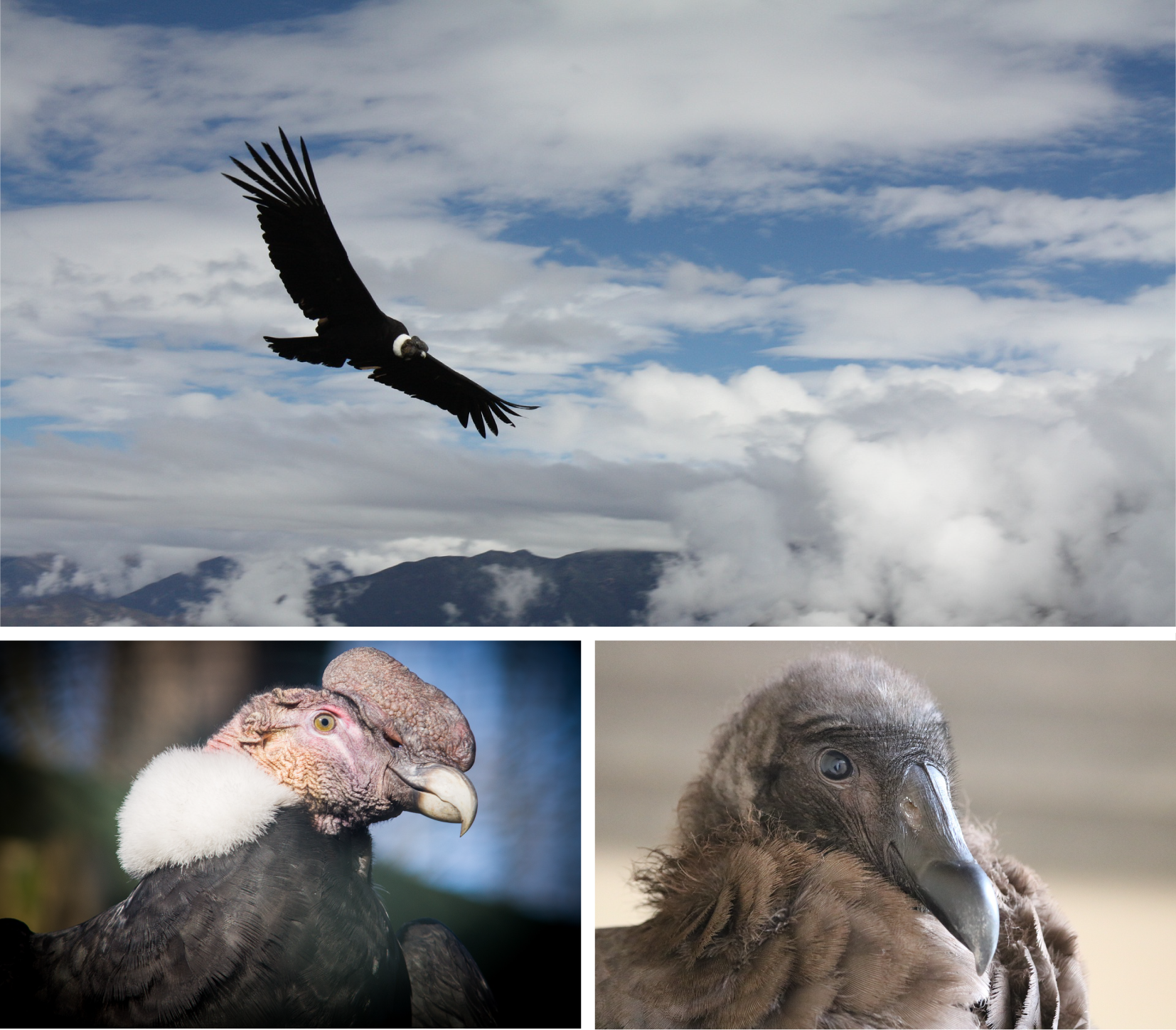 Sexual maturity for these massive birds typically does not occur until they are around 5or 6 years old. Condors can live past 50 years old! Once they find a mate, they are mates for life. The pair will then lay one to two eggs every other year. The male and the female take turns incubating the egg until it hatches. The young condors can be distinguished by their brownish down feathers. They are capable of flying after 6 months but continue to hunt with their parents until the age of two when the parents prepare to lay a new egg.

Unfortunately, condors are an endangered species. Experts estimate that there are only 2,500 condors left in Peru, and a shocking 100 left in Ecuador. Thankfully Argentina has the highest number of condors with 10,000 of them. Many factors influence the decreasing numbers including deforestation, animal trafficking, hunting, and food pollution. 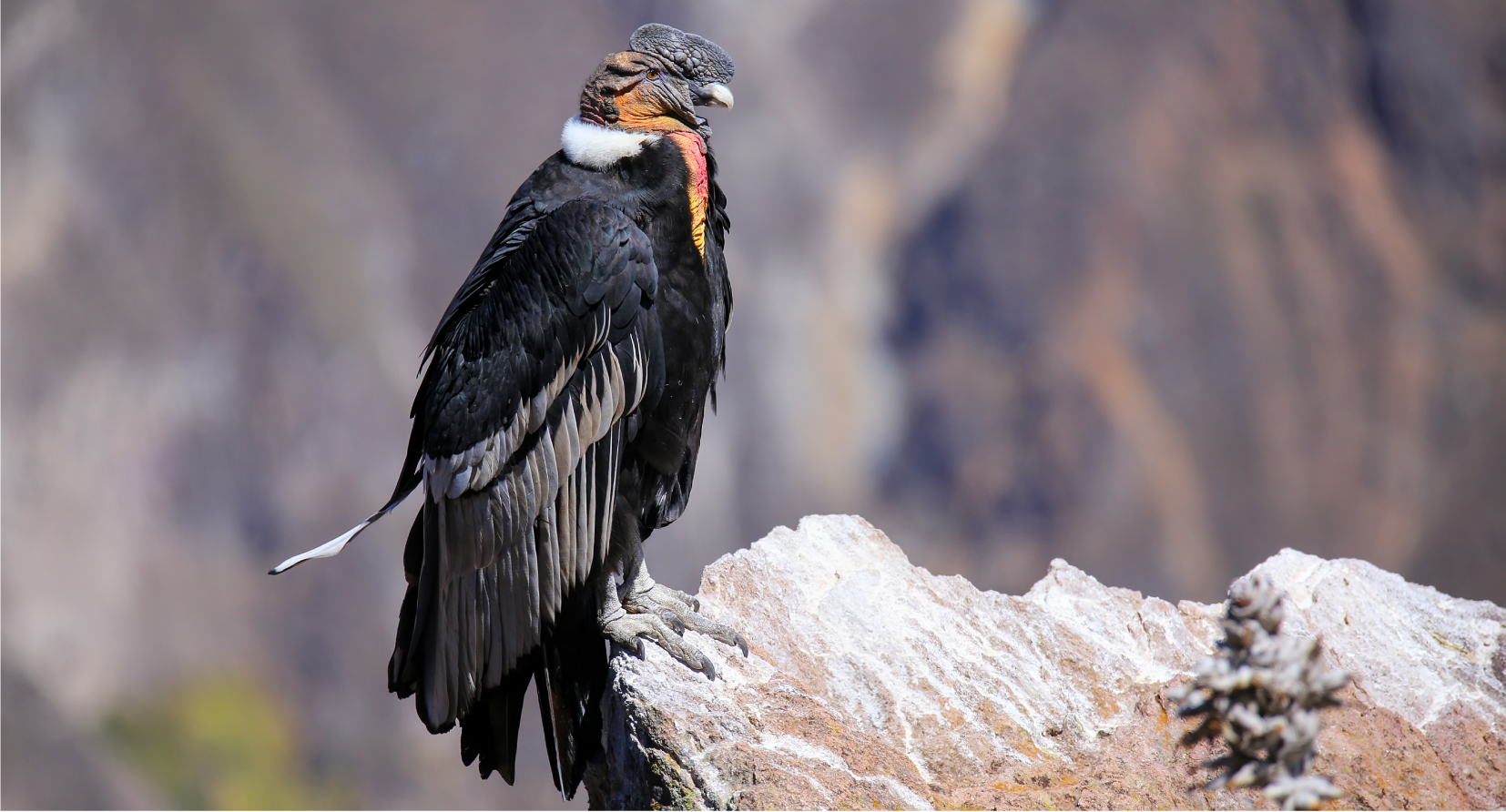 Although condors call the mountains home, they have been seen near beaches, feeding on dead fish or algae. When food gets scarce, they are capable of flying long distances to scavenge. Condors can fly more than 120 miles in a single day. They take advantage of air currents to glide with their massive wings.

Condors are vultures, meaning that they only eat carrion, dead animals and decomposing food. They are accredited for helping clean the habitat and stop diseases from spreading from sick animals. Even though we often picture vultures as dominant hunters, condors are not made for hunting. Their claws are round and short, unlike an eagle that has strong, sharp claws. Although, when forced to, they are capable of killing animals. If desperate for food, condors can take down young alpacas or medium-sized sheep. Condors are very particular about feeding and can take up to four days to circle the area and start descending to ensure they are alone. 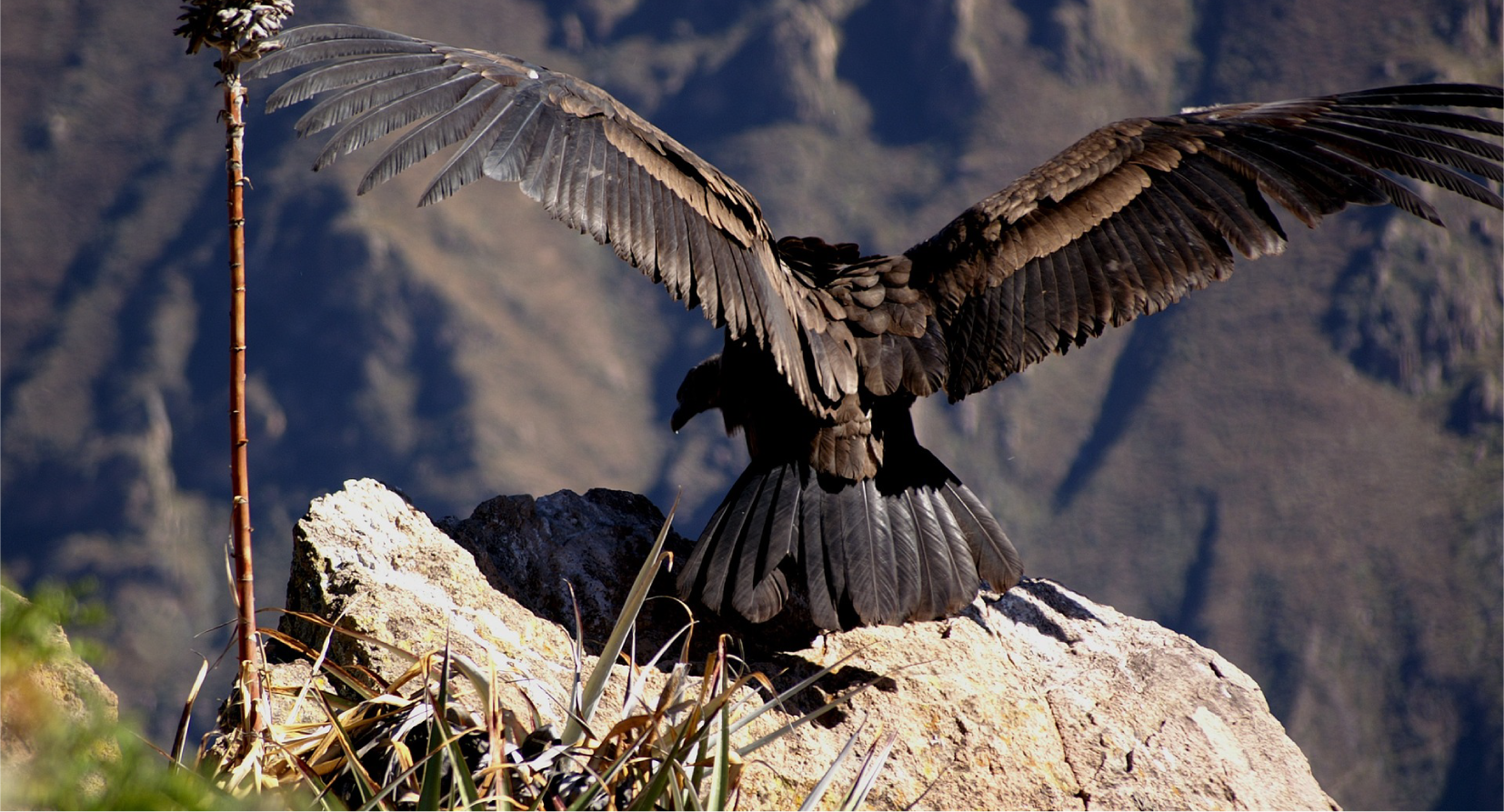 For all of these reasons and more, the Andean Condor is one of the most impressive birds in the world. From the unique mating habits to the massive wingspan, these vultures are a sight to see. Hoping to check seeing this magnificent creature off your bucket list? Talk to our team today. 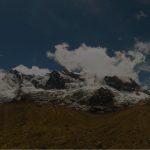 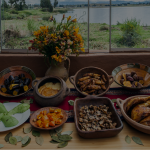