The mountains surrounding Huaraz are home to countless turquoise lagoons, many of which can only be reached on foot via a lengthy day hike or multi-day trek. Fortunately, that’s exactly what most travelers in Huaraz are after anyway. Here’s a look at 11 of  the most hike-worthy lakes in Huaraz and the trails that will lead you straight to them.

This glacier-fed lake in Huascaran National Park sits at the foot of the Chacraraju Mountain at an altitude of 4,609 meters above sea level (15,121 ft.). The hike to Laguna 69 goes by the same name as the lake and takes about 10 hours roundtrip from Huaraz to complete, with about 6 to 7 total hours of hiking. 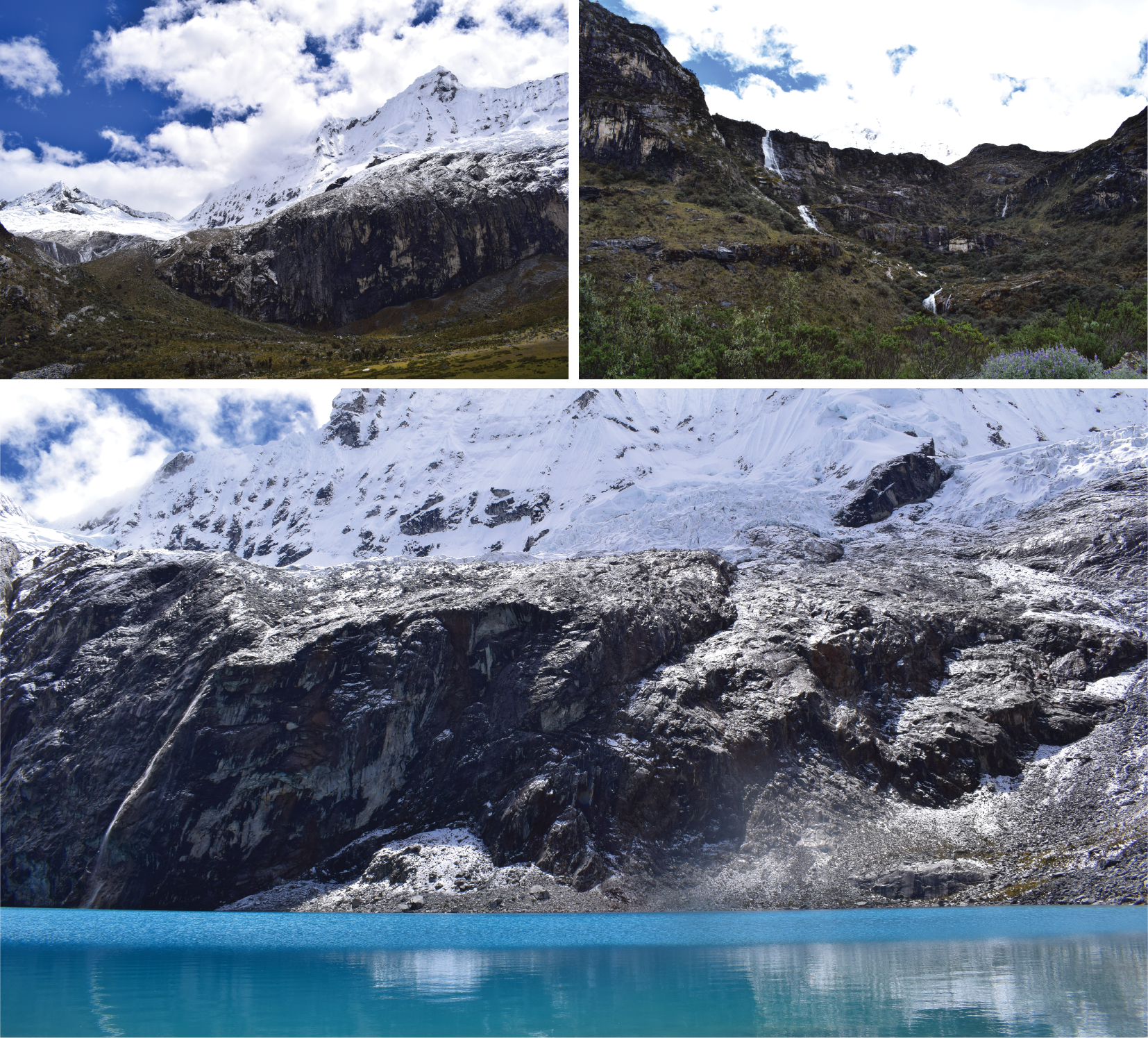 Set amidst the rock faces beloved by climbers, Laguna Paron is the scenic starting point for the Laguna Paron day hike, an 8-hour roundtrip affair from Huaraz that involves about 1.5 to 2 hours of hiking. You’ll glimpse several mountains en route, including Artesonraju, Pyramid, Chacraraju, Huandoy, Caraz, and Sphinx. 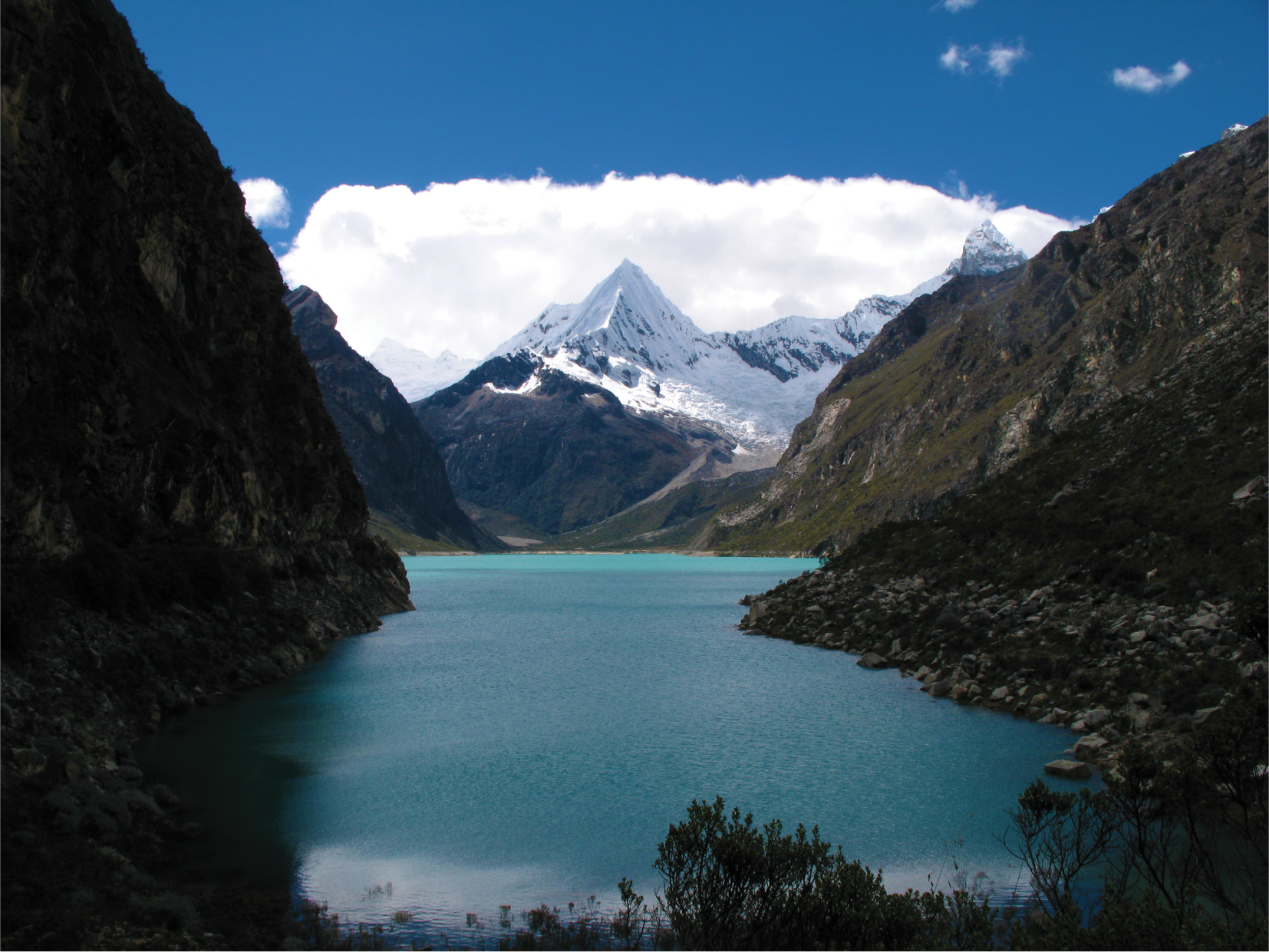 This glassy lake rests at the trailhead for the Maria Josefa Trail, an easy 1 to 1.5-hour hike through Queñual forest and past ancient ruins. The lake and the hike that pairs so nicely with it are on nearly every list of must-do Huaraz hikes, and for good reason. The scenery is breathtaking and the trail is nearly entirely downhill. 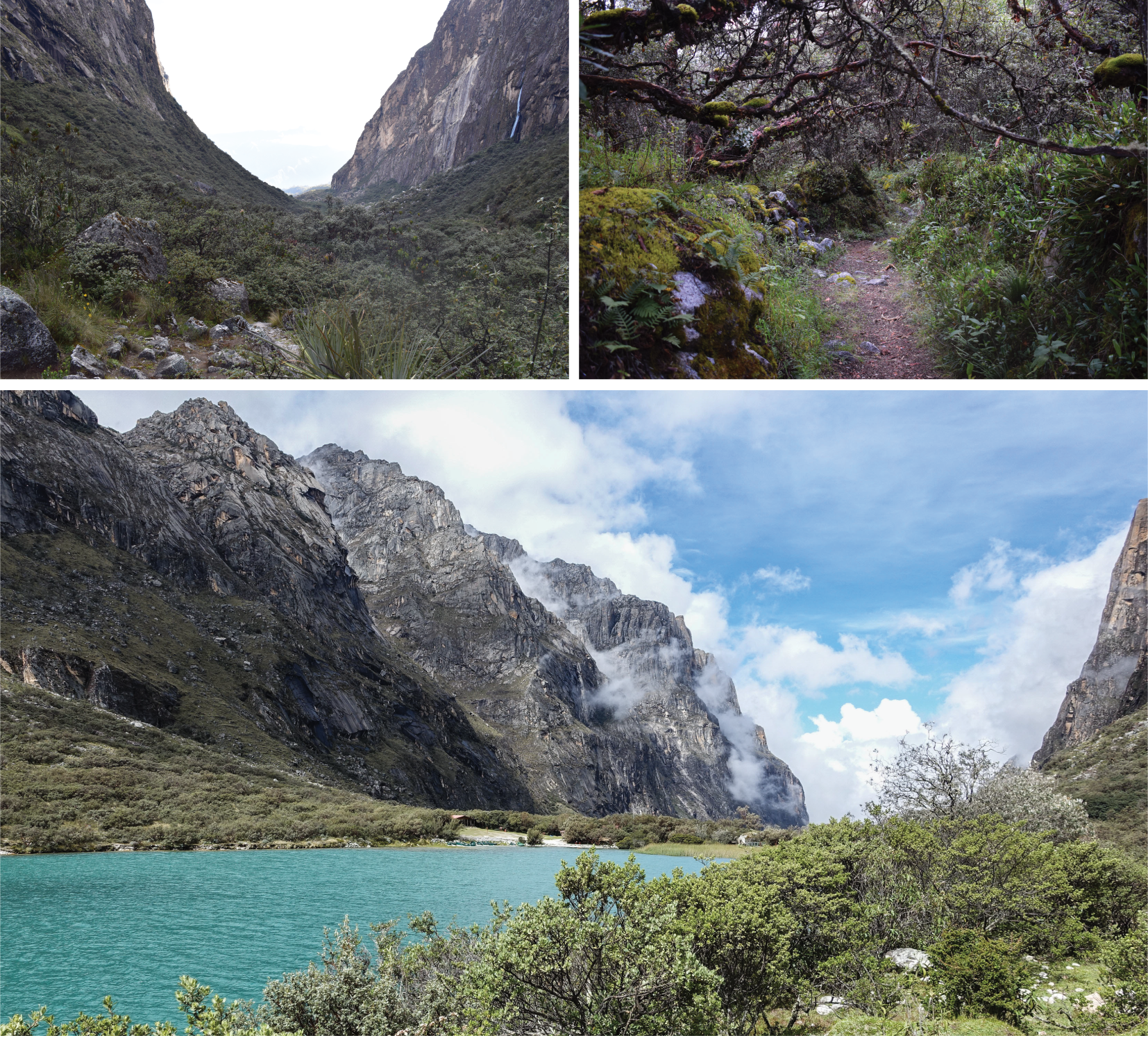 Nestled alongside granite cliffs and surrounded by magnificent mountain peaks that scrape the heavens, Laguna Auquiscocha can only be reached via the Catay Valley trails. You’ll meander through grassy meadows and native forest, ever with the nearby 4,000-meter+ peaks within view. 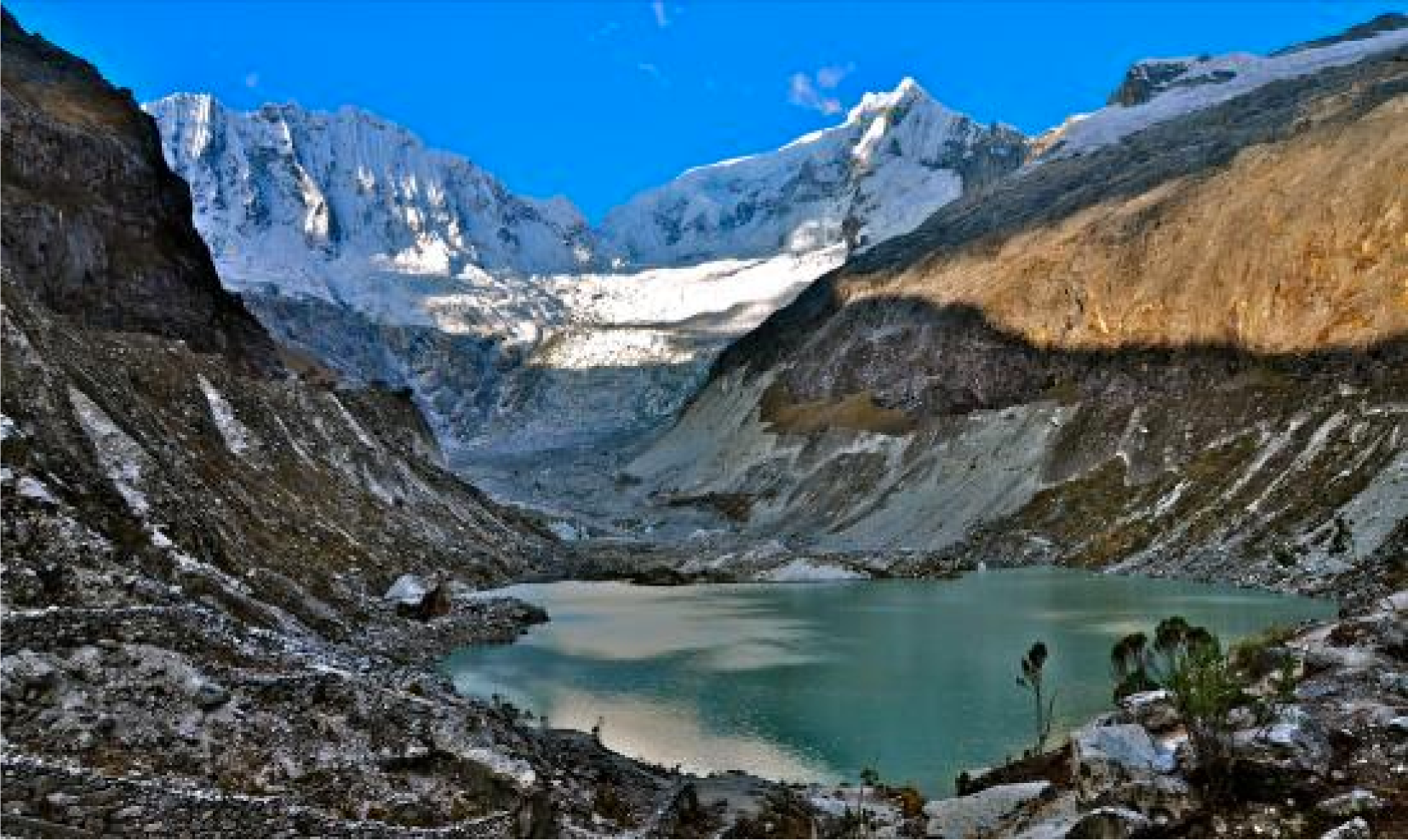 To visit this high altitude lake you’ll have to climb Mt. Vallunaraju, a 5,686-meter peak, or at least get yourself to its base camp at 4,447 m.a.s.l. Laguna Llaca is just one of the many spectacular views you’ll snag while climbing to this gnarly mountain’s summit and back over the course of three days. 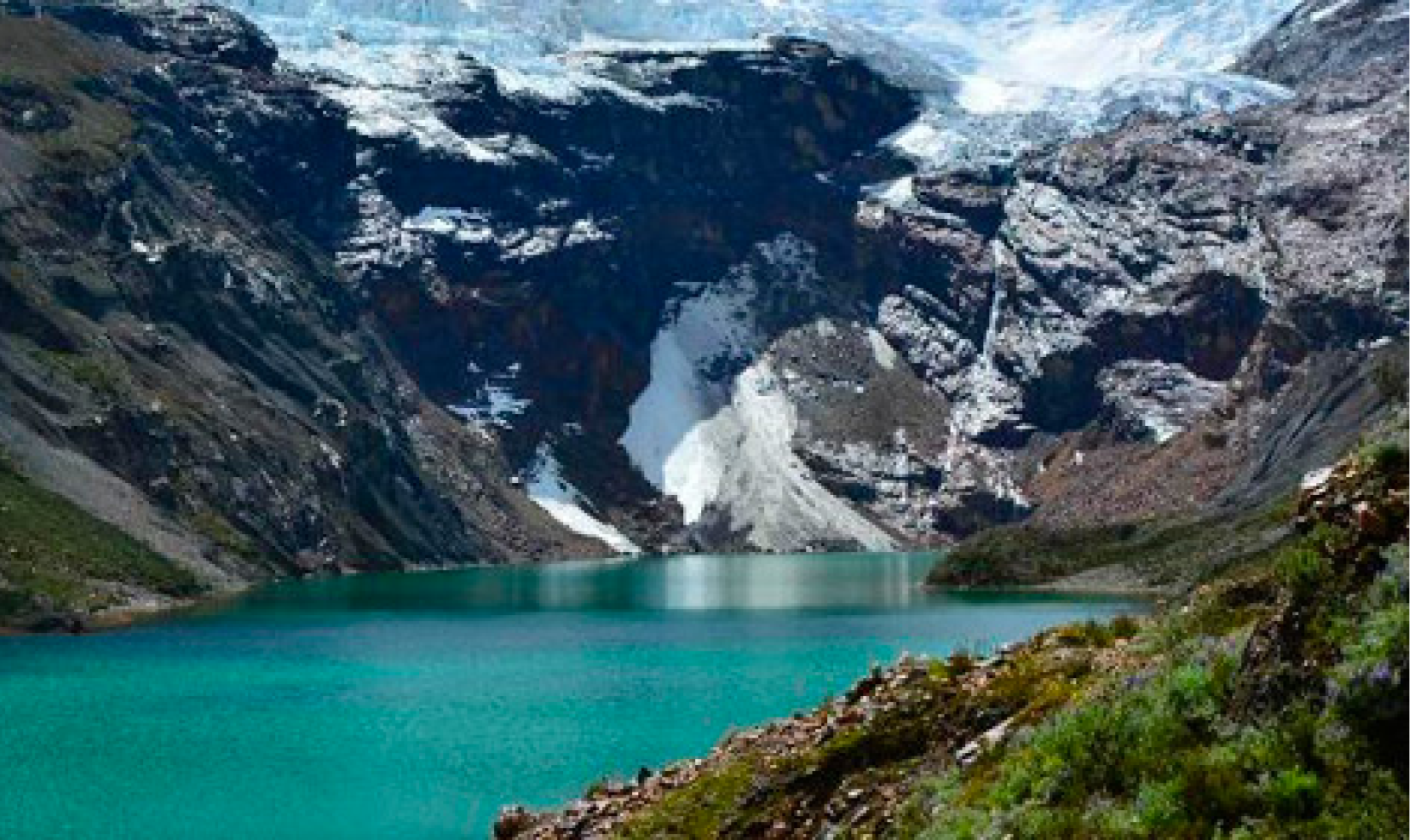 Deep blue and reflecting the icy peak of Churup Mountain, Laguna Churup is a sight to see at 4,450 m.a.s.l. (14,600 ft.). The hike to it is moderately strenuous, but perfect for acclimatizing for those longer treks through the Cordillera Blanca. 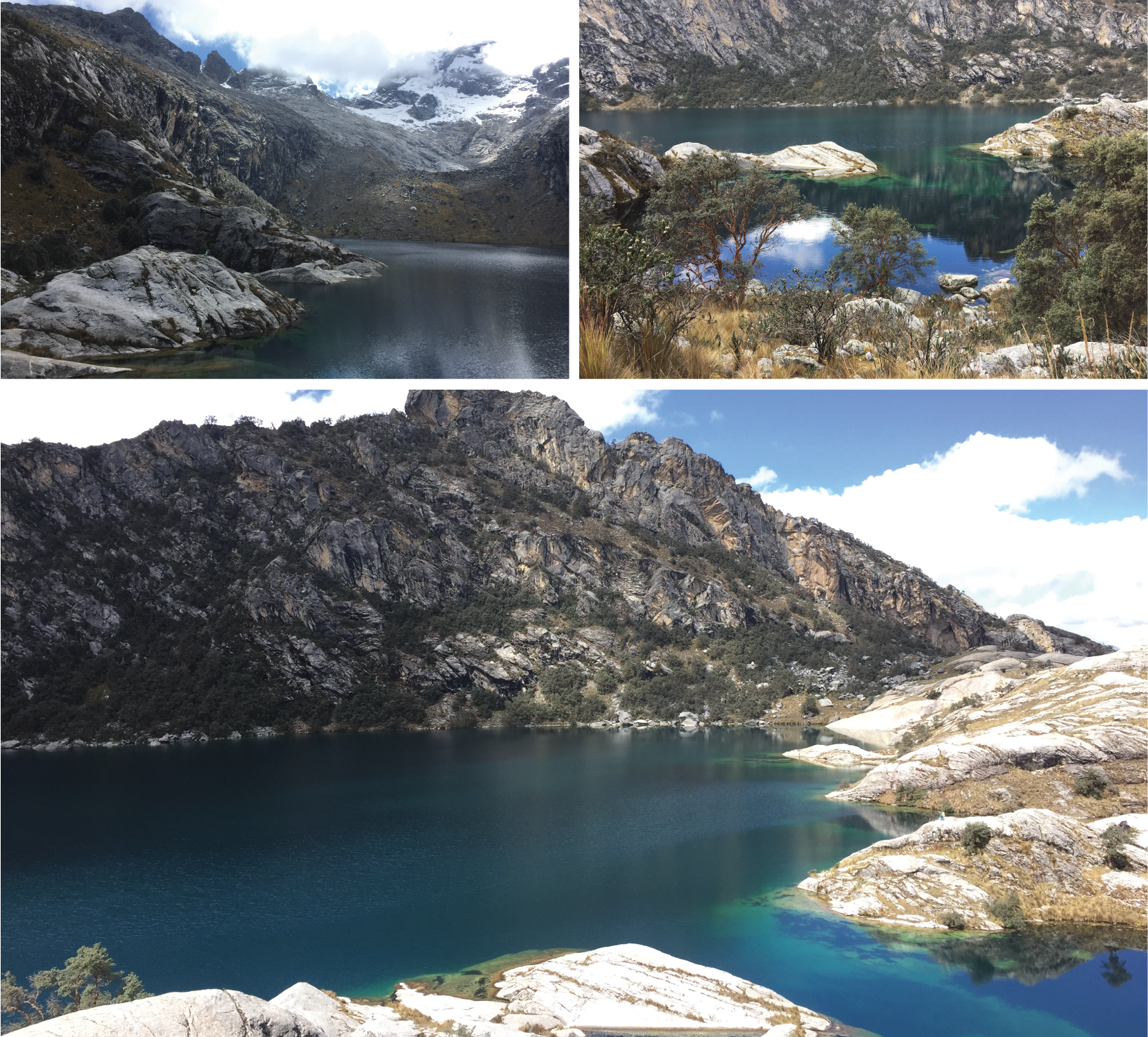 Snow-capped peaks and native flora greet you on the approach to this beautiful lake in Huascaran National Park. The hike isn’t so much a hike as it is a chance to immerse yourself in the spectacular mountain setting and thin heights of 4,050 m.a.s.l. 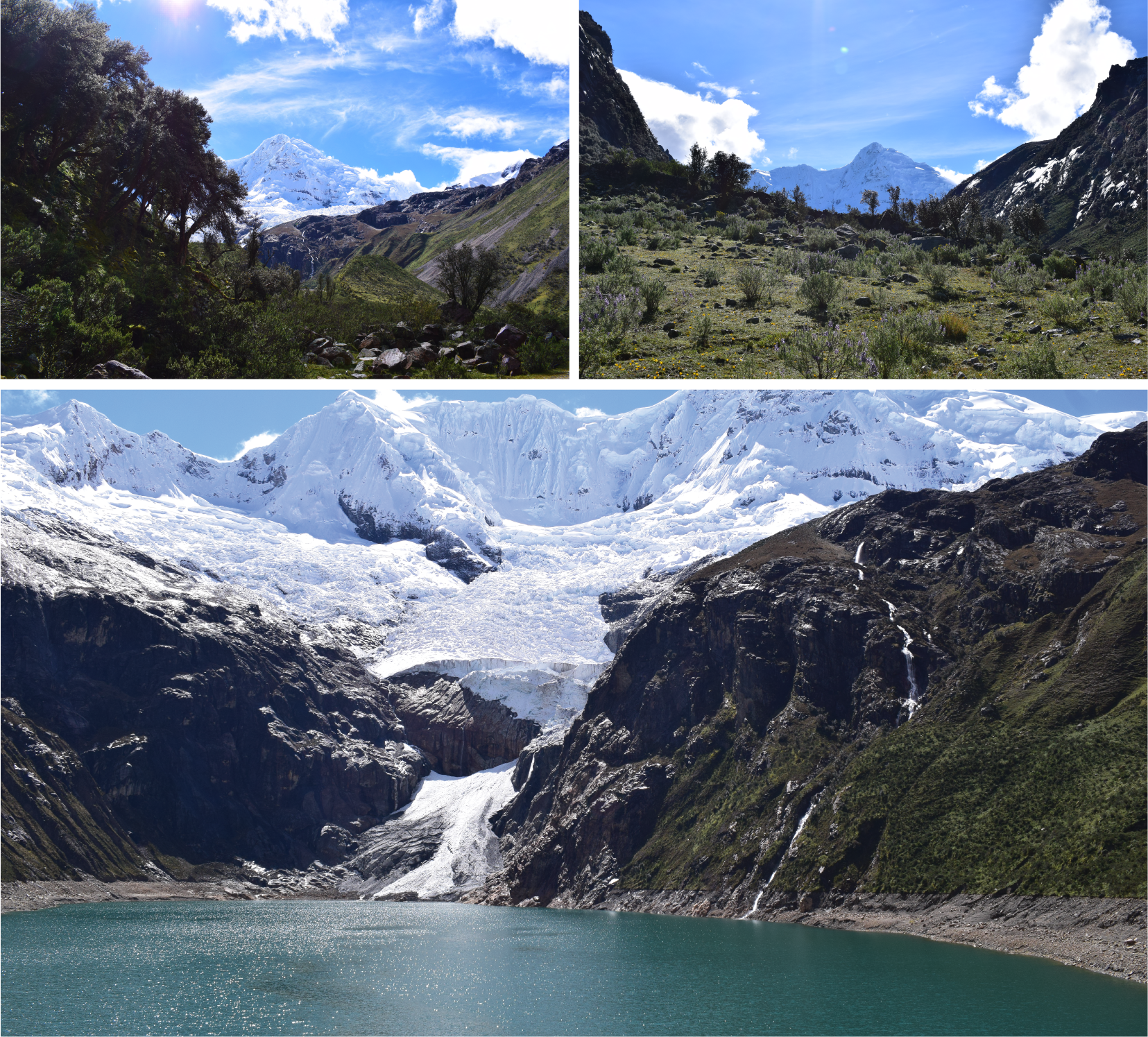 Ahuac Lake sits at the end of a two-hour hike through fields tended by farmers and remote villages dotted with adobe homes. The trailhead itself is a pre-Inca archaeological site called Wilcawain. To call a visit to this turquoise lake an adventure, would be an understatement. 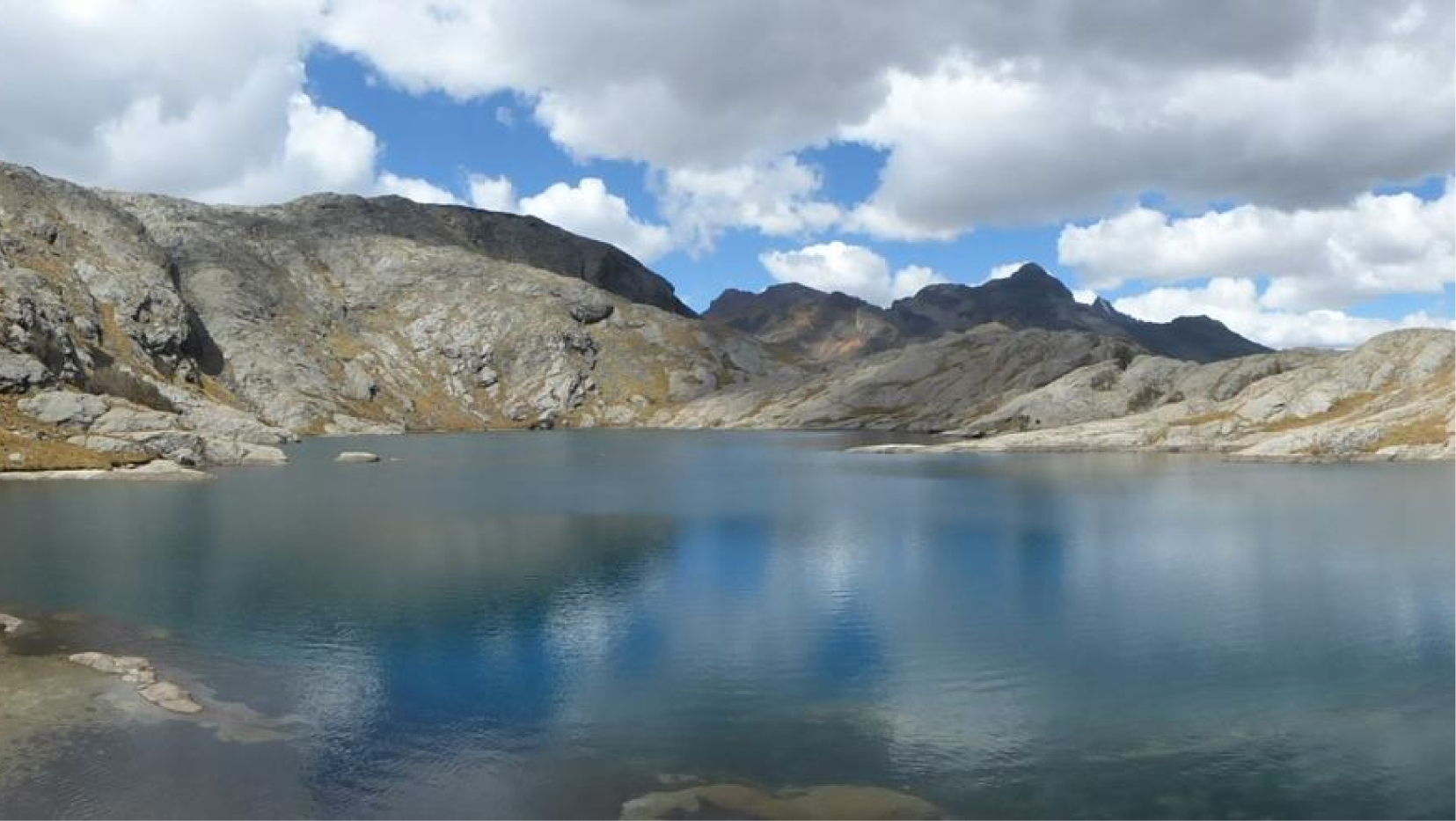 The most unique aspect of Willcacocha Lake, as compared to the rest of the lakes in Huaraz featured on this list, is its location in the Cordillera Negra with views that look out over the paralleling Cordillera Blanca. The hike to it takes about four hours and passes through wildflower-laced countryside and adobe villages full of friendly Quechua-speaking locals. 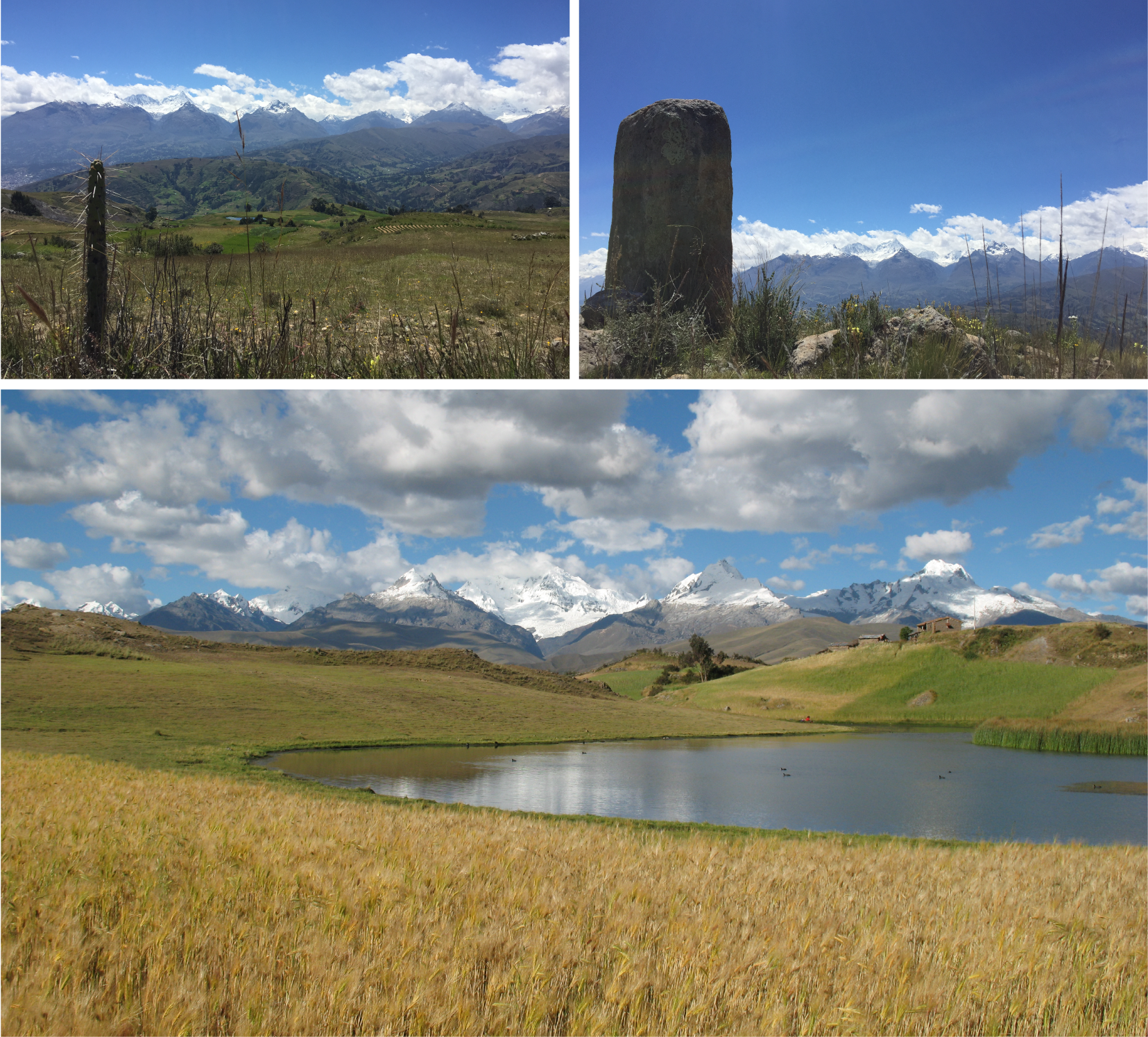 The Hike: The Best of Cordillera Huayhuash Trek

The 6-day trek through the Cordillera Huayhuash culminates with a visit to this stunning mountain lake. After five days of traversing mountain pass after mountain pass, the serene Jahuacocha Lake is the ultimate finish line and the perfect setting to reflect on all that you’ve seen in the Huayhuash since Day 1. 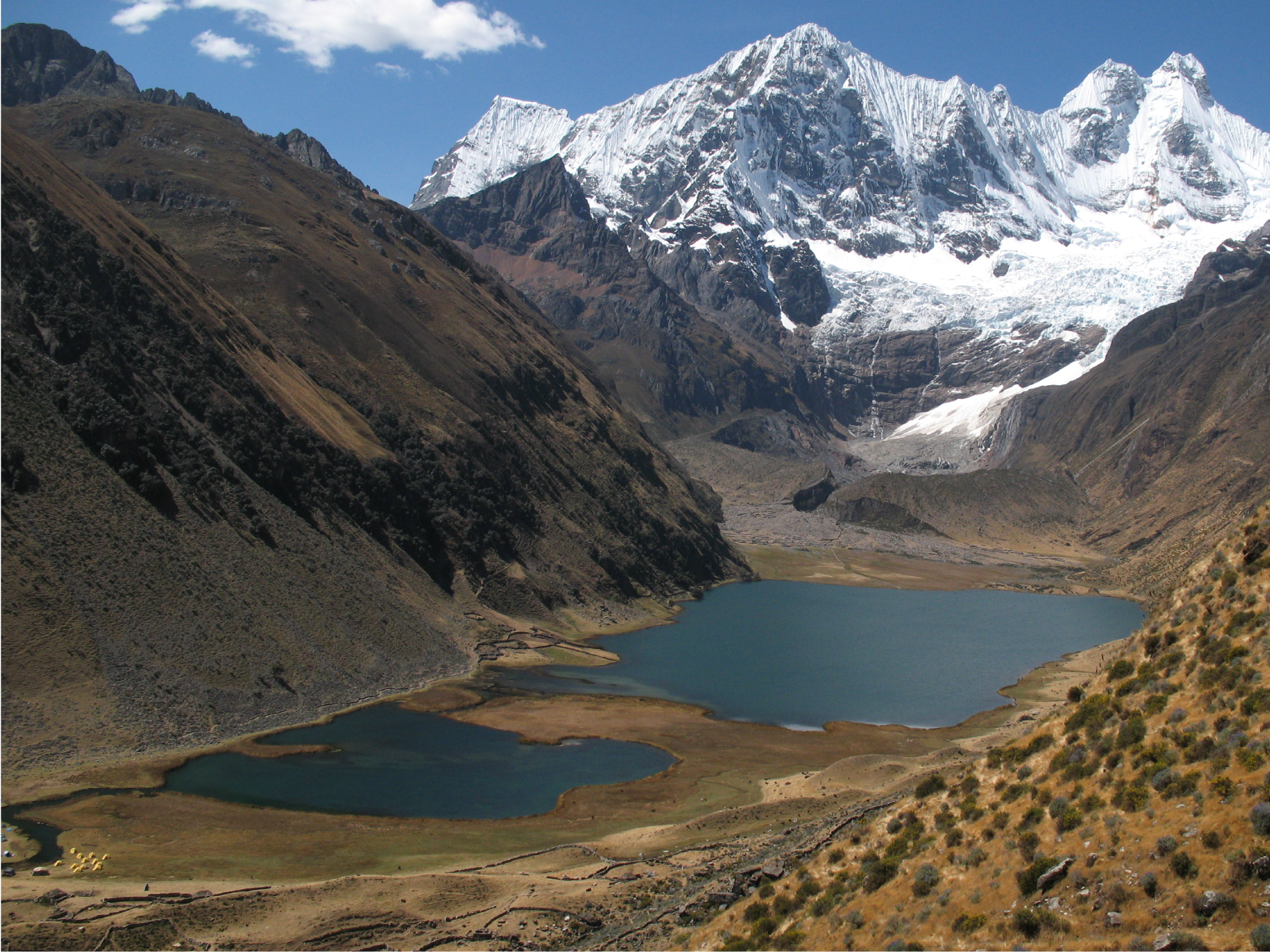 If you’re prepared to tackle 10 days of trekking through the Cordillera Blanca, your reward will be the postcard views of Cullicocha Lake, an azure blue lagoon framed by the three peaks of Santa Cruz. This lake still contains a pre-Inca aqueduct that local farmers annually repair in a grand festival as its life-giving waters still hydrate the farms of the valley below it. 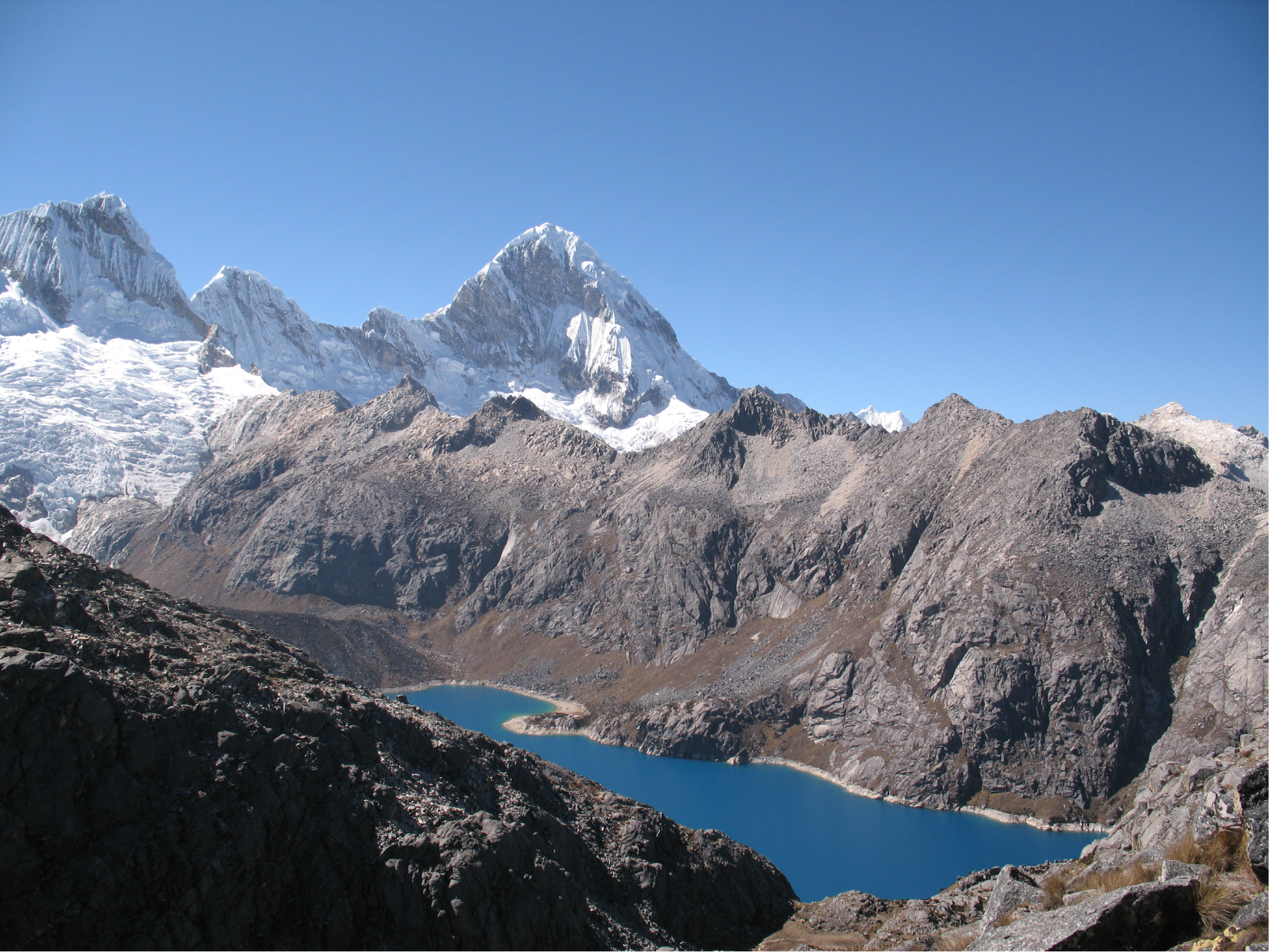