Landing a spot on UNESCO’s list of World Heritage Sites is no small feat. It requires evidence of things like exemplary “human creative genius” or the existence of “superlative natural phenomena or areas of exceptional natural beauty,” criteria that Peru managed to meet at 12 different sites throughout the country. In this article, we introduce you to each of Peru’s otherworldly UNESCO World Heritage Sites, and oh are their worthy of their listing. They are:

Built by the pre-Inca Chimú Culture nearly 600 years ago, Chan Chan was once the largest city in the Americas and it has continued to be the largest adobe-built complex on earth. Many of its thick earthen walls still stand and some have even managed to maintain their geometric designs and friezes despite the centuries of El Niño-induced rains. You’ll find this UNESCO site near the coastal city of Trujillo. 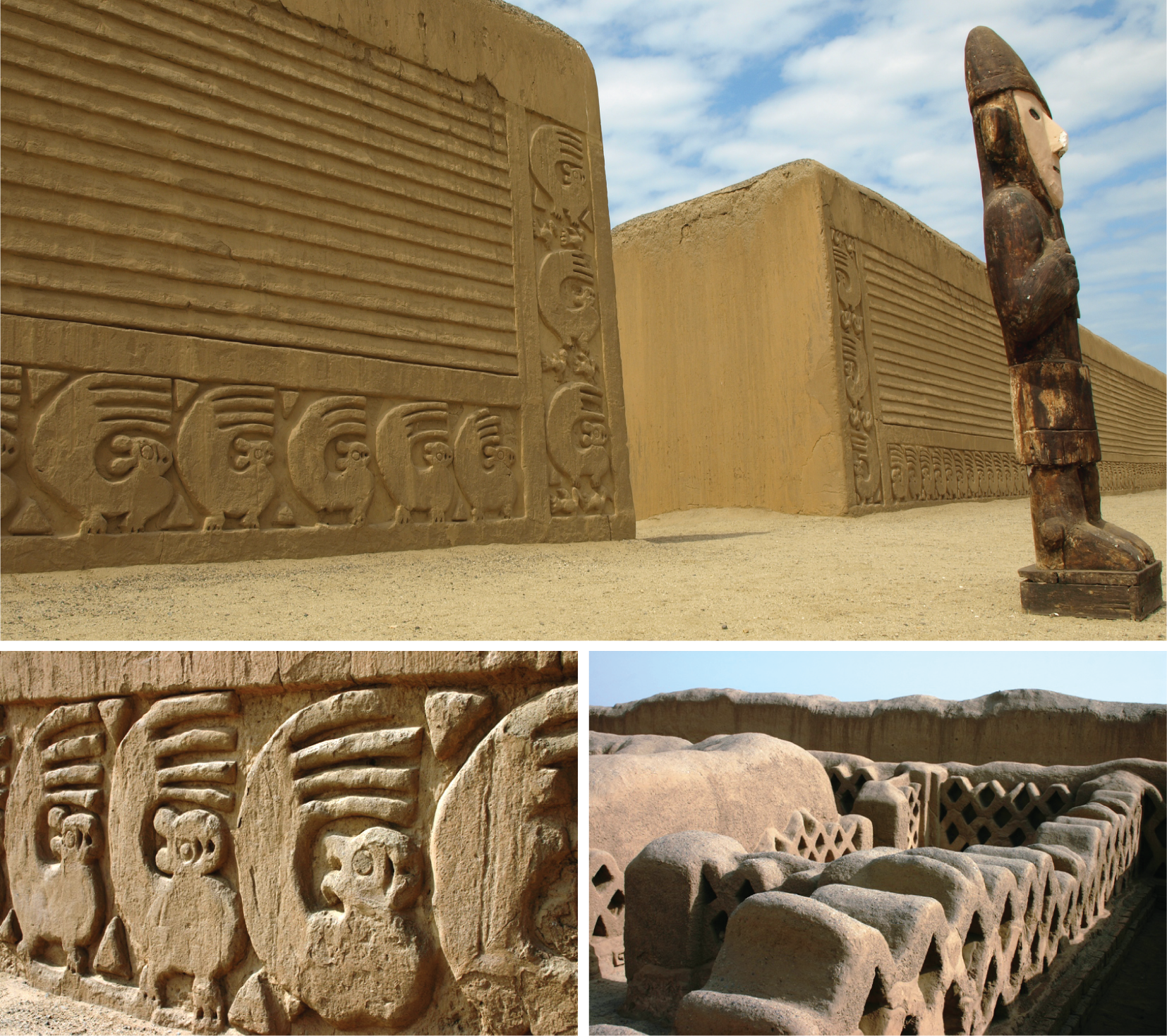 Chavin, or Chavín de Huantar as its better known, is one of the oldest archaeological sites you can visit in Peru. Nestled between the eastern and western ranges of the Andes Mountains outside Huaraz, the complex of temples, terraces, and underground mazes belonged to the pre-Inca Chavin culture, but was visited by people from all over the Andes. It’s believed to have served as both a pilgrimage site and a ceremonial center. 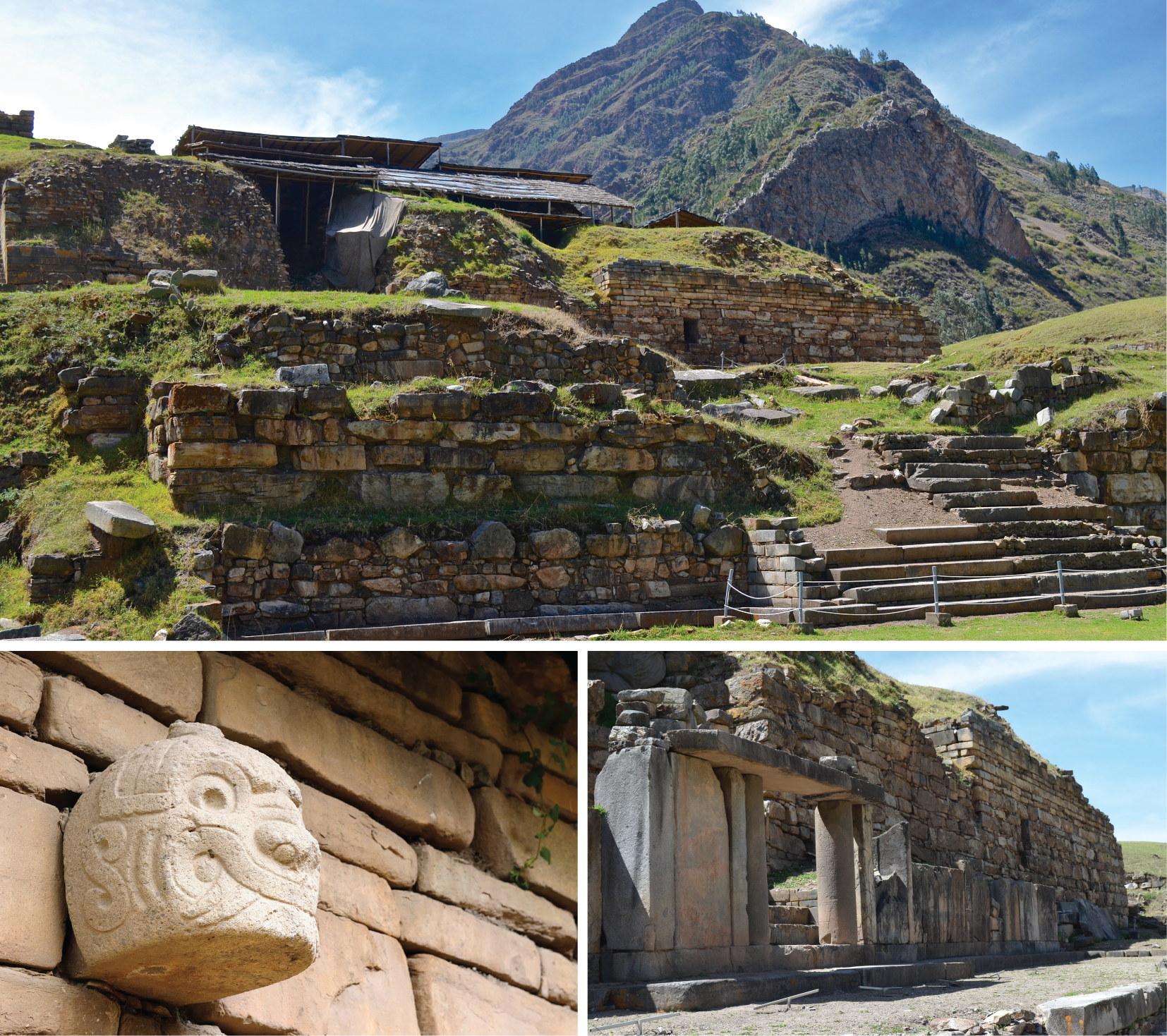 The high altitude city of Cusco in Southern Peru is an incredible display of Inca and Spanish Colonial architecture. Its very foundations and layout are exactly how the Inca Pachacuteq designed them, while the Baroque-style buildings and churches the Spanish built over them still reflect the history that unfolded in this former imperial city of the Inca civilization. 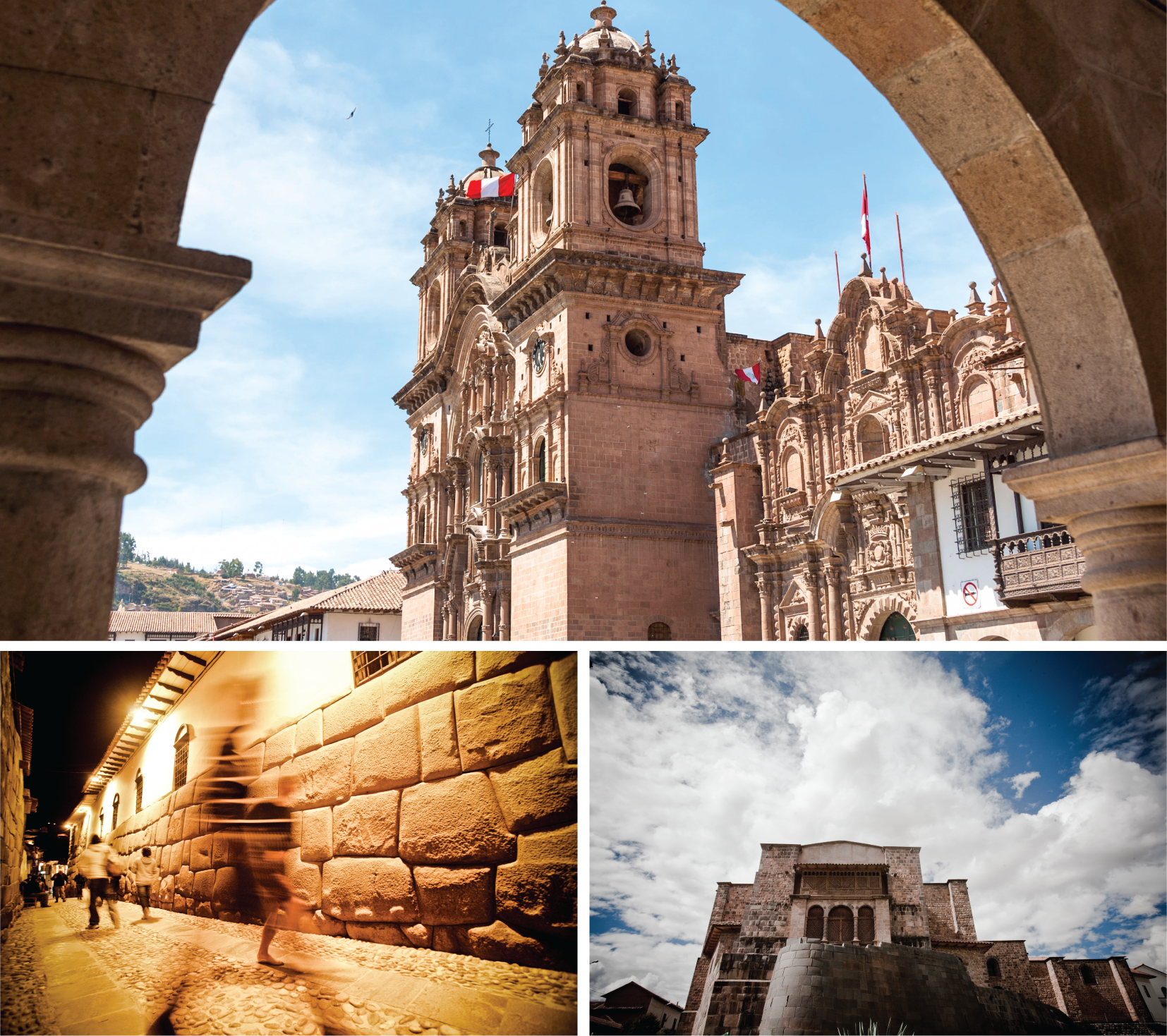 The historic center of Lima and the buildings and balconies that fill it take you back in time to the days of the viceroyalty, when Lima served as the most important city for the Spanish in South America. Technically stretching from the Plaza de Armas to the Plaza San Martin, the historic center still highlights the European and Catholic Church’s extreme influence on Peruvian culture and architecture. The sights you can’t miss include the Church and Convent of San Francisco, the Presidential Palace, and the Cathedral of Lima. 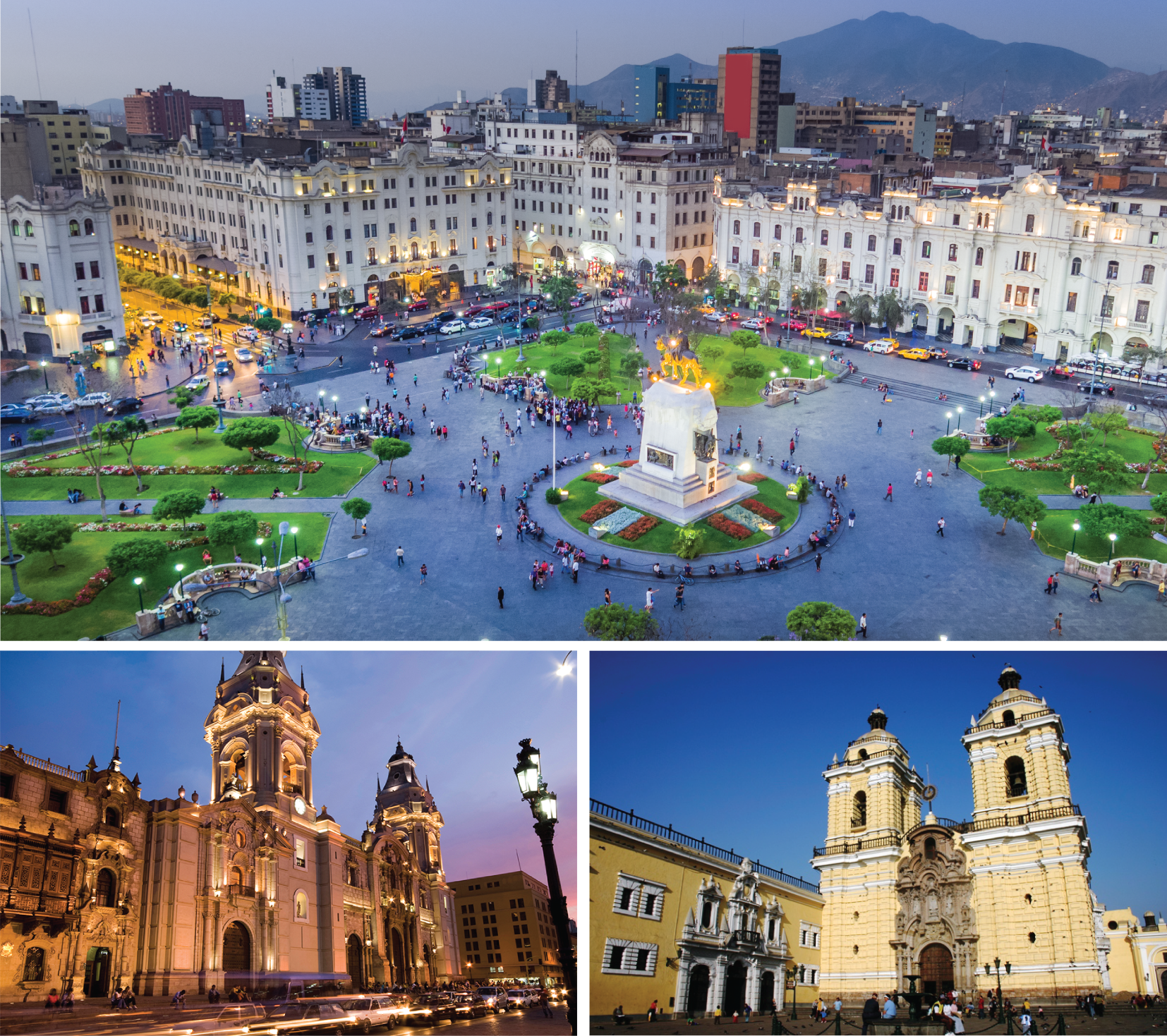 Covering 49 blocks, the historical center of Arequipa is a feat of nature and construction, blending the Spanish Baroque style with that of the indigenous. Most, if not all, of the buildings within Arequipa’s historical center were constructed with the unique volcanic stone called sillar, giving the city a stunning all-over white façade that has led to its nickname “The White City.” 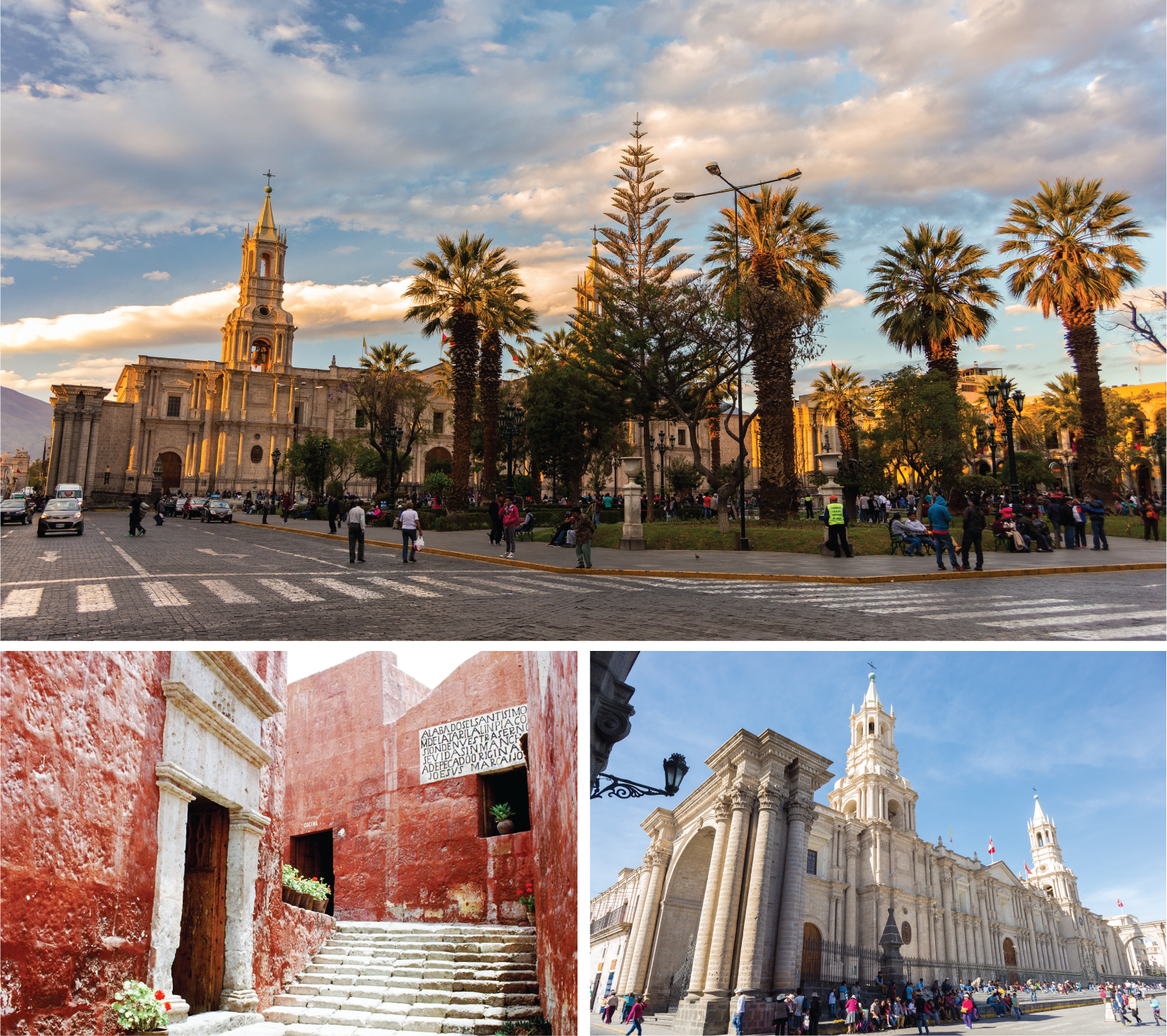 6. Lines and Geoglyphs of Nasca and Palpa

Etched into the desert sands of Nazca, the lines and geoglyphs of Nasca and Palpa are truly spectacular to see, if not for their massive size and variety of shapes, then for the fact that they were put there sometime between 500 B.C. and 500 A.D. The jury’s still out on why they were ever created, but there are several theories that tie them to ritual astronomical functions. 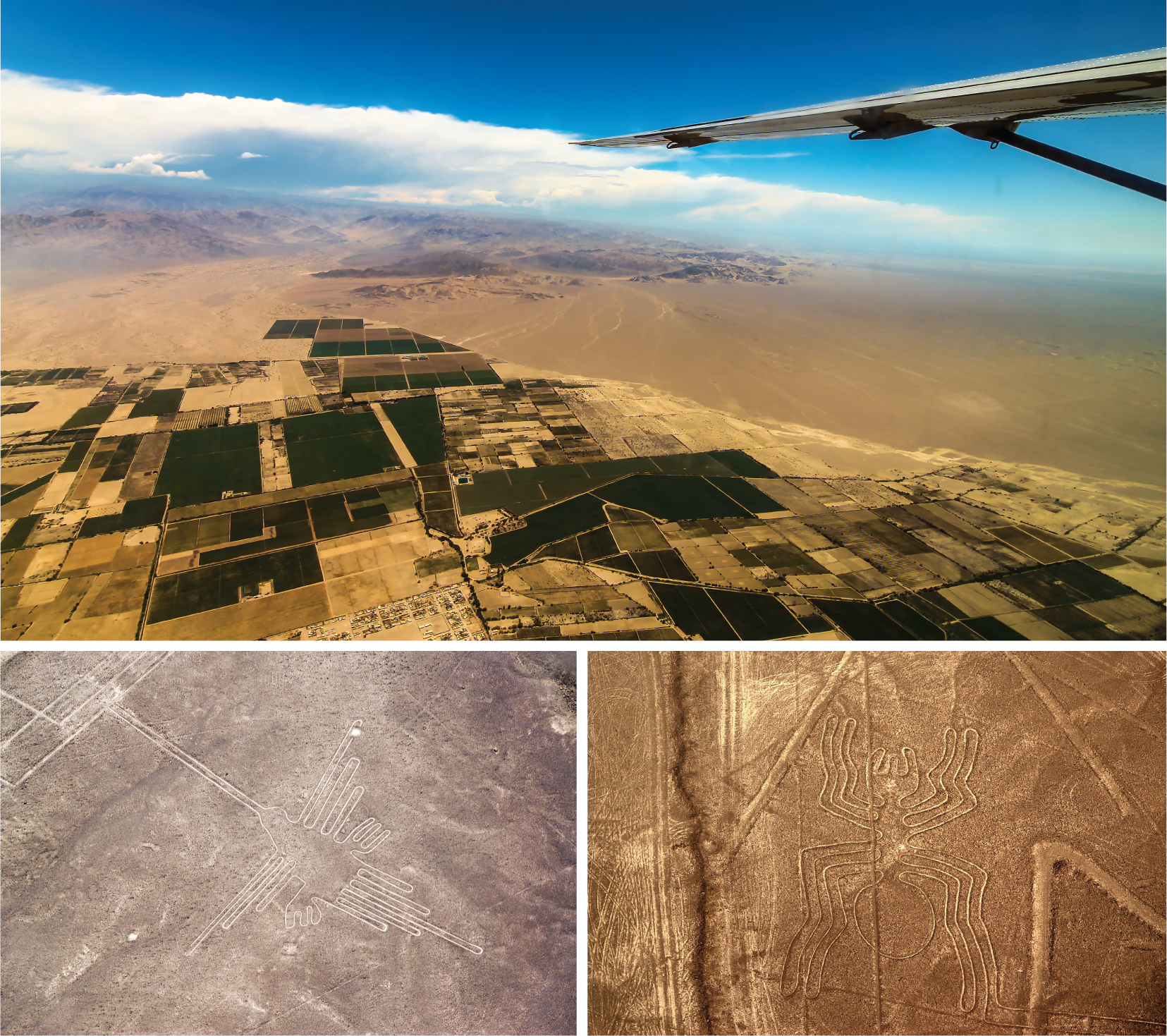 Used as much for transportation as for a means of communication during Incan times, the Qhapac Ñan linked the Andes to the coast, traversing desert, snow-capped peaks, and steamy jungle terrain along the way. The entire network of roads spanned a whopping 30,000 kilometers, with its most famous stretch being the road that leads from Ollantaytambo to Machu Picchu, or the Inca Trail as you may better know it. 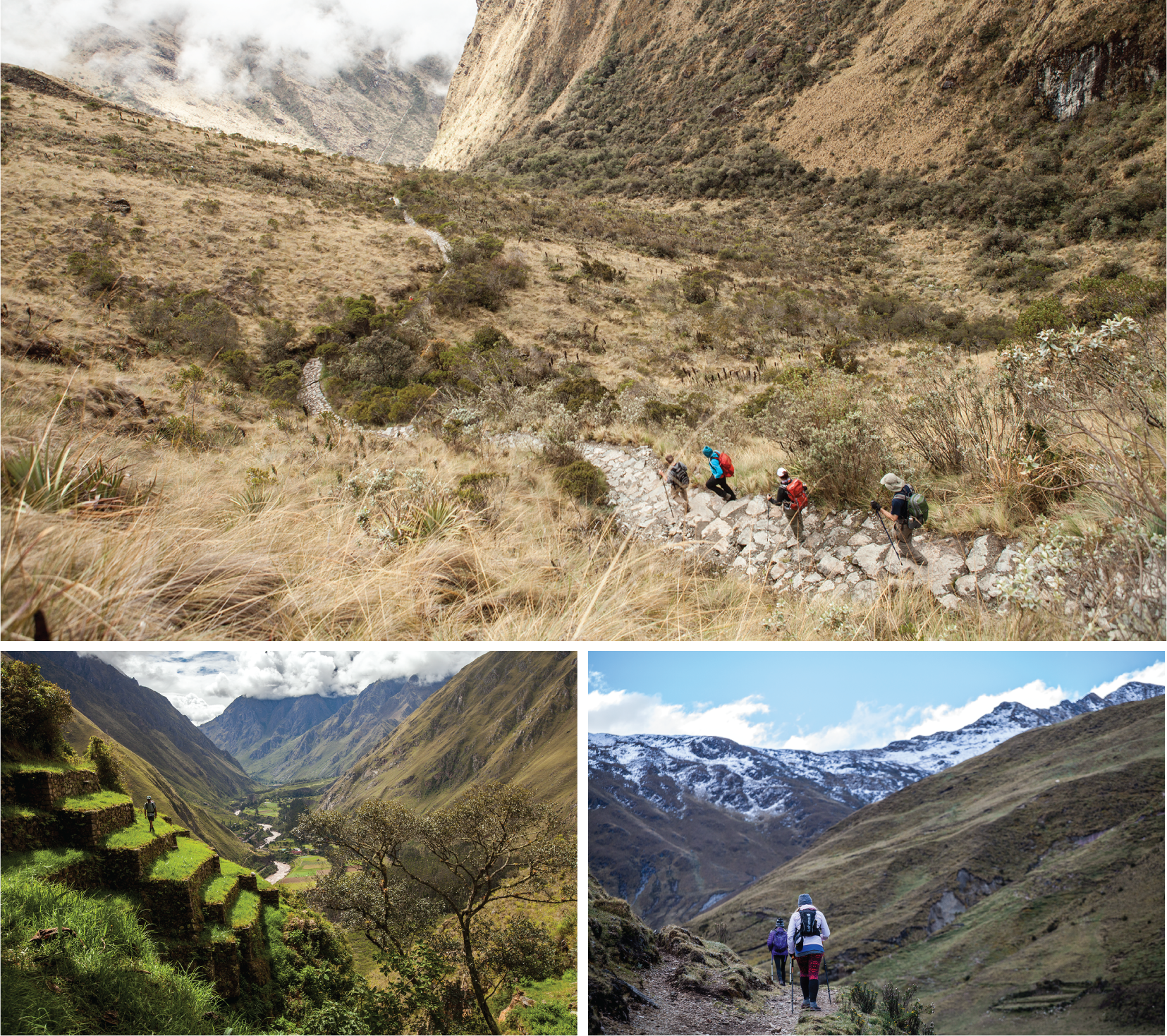 This 5,000-year-old site located about 200 kilometers north of Lima is one of the best representations of Late Archaic architecture in Peru and it’s considered to be the earliest known settlement in the Americas. The complex of pyramids, plazas, dwellings, and recessed circular courts belonged to the Norte Chico civilization. Beyond their architectural influence on nearby and subsequent coastal civilizations, their use of a knotted textile piece used for record-keeping called a quipu is a legacy that continued to be passed through the centuries right up to and through the time of the Incas. 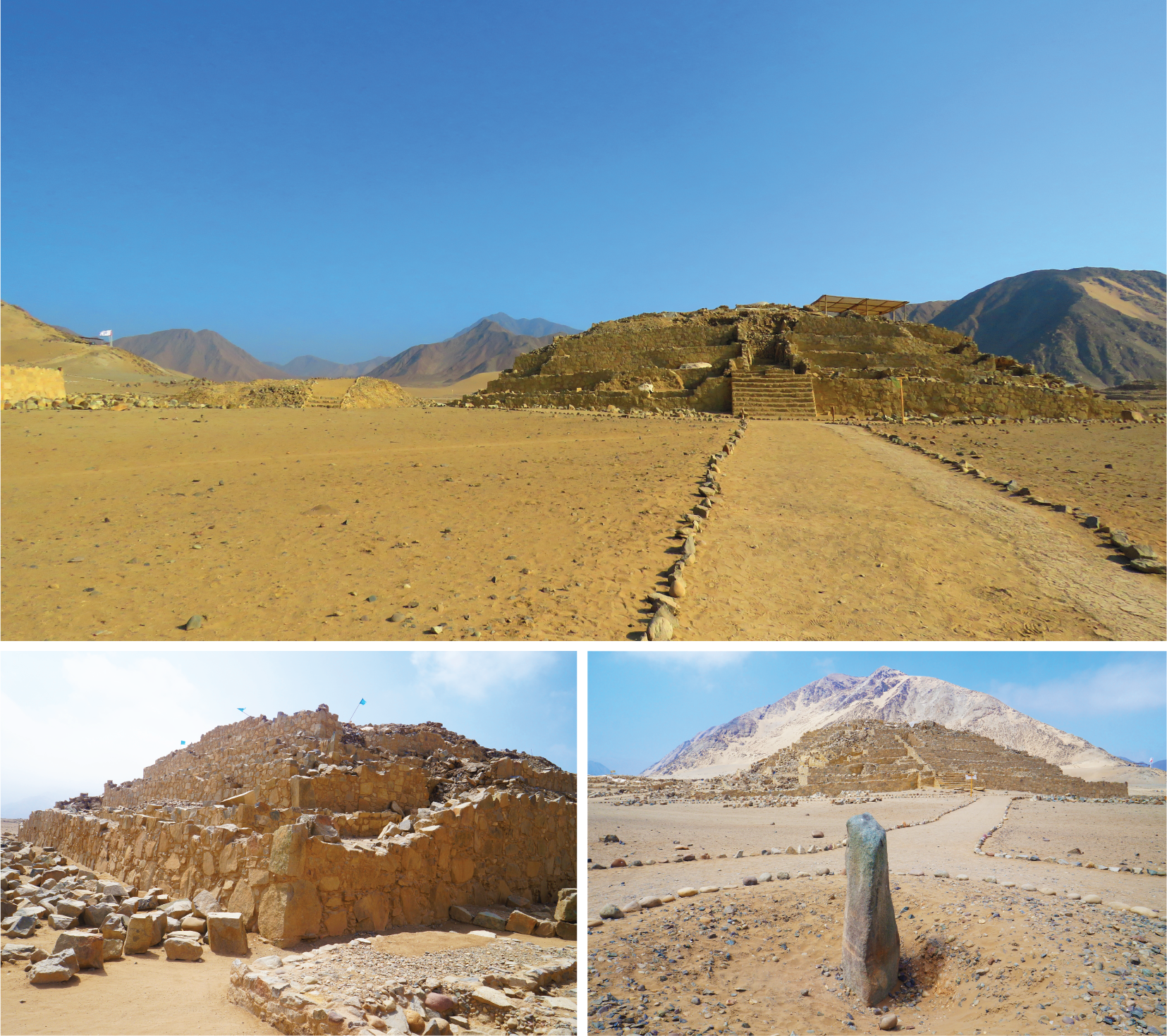 Like a mountaineer’s playground, Huascaran National Park is home to not only 27 snow-capped peaks, but the tallest peak in all of Peru, Mt. Huascaran at 6,768 m.a.s.l. The national park’s most famous treks include the Santa Cruz Trek, the Huayhuash Trek, and the Alpamayo Trek, while day hikers set their sights on Laguna 69, Lake Churup, and Willcacocha Lake, to name just a few. 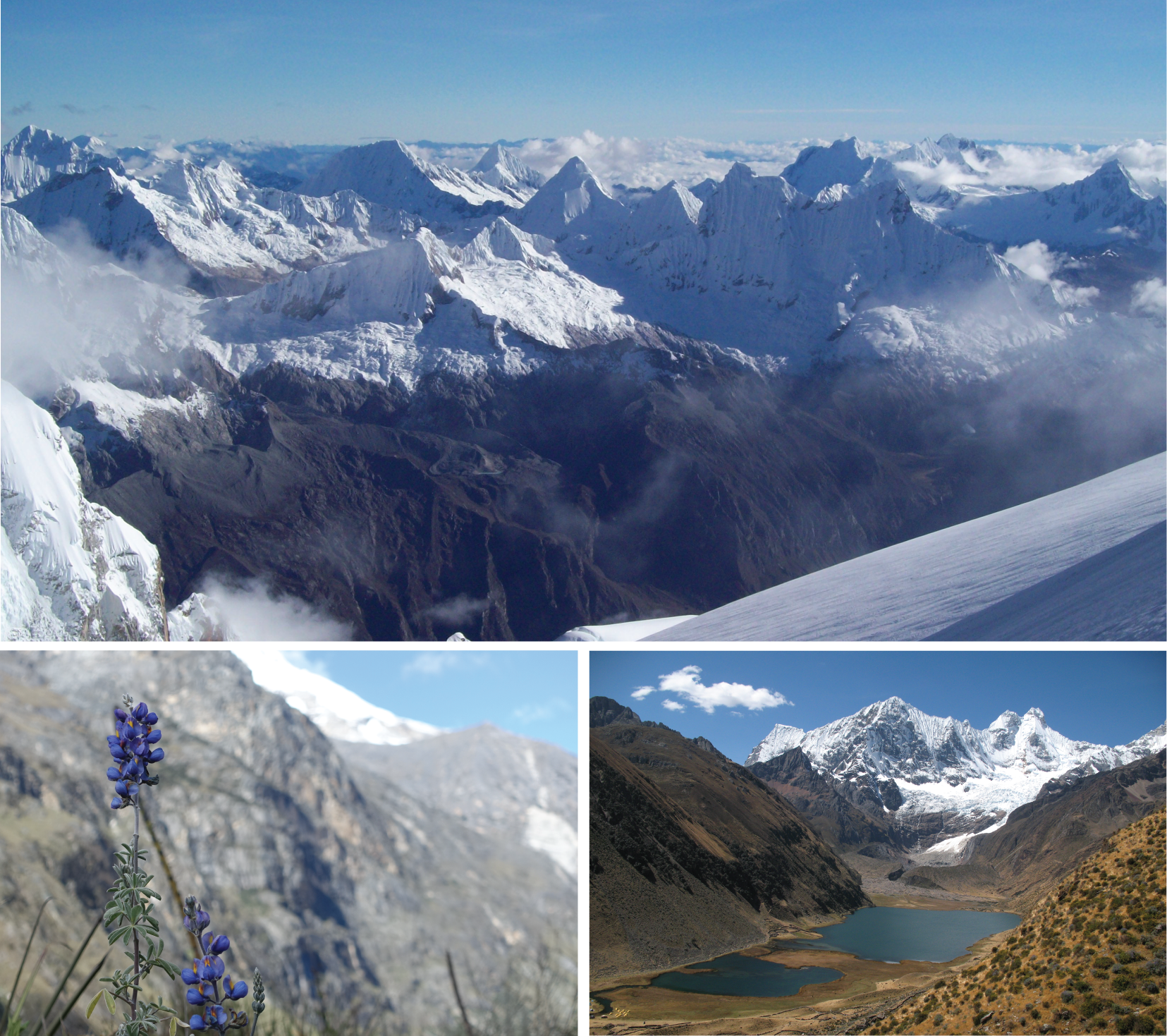 Where the Tropical Andes meet the Amazon Basin is the UNESCO World Heritage Site called Manu National Park, a 1.5 million hectare park that has managed to avoid the human impact that’s plagued other jungle regions As a result, its biodiversity is unparalleled. 850 species of birds and 13 species of primates call it home, as do rare species like the giant otter, the giant armadillo, and the jaguar. In terms of plant diversity, scientists estimate that anywhere from 2,000 to 5,000 different plant species exist within the park’s perimeters. 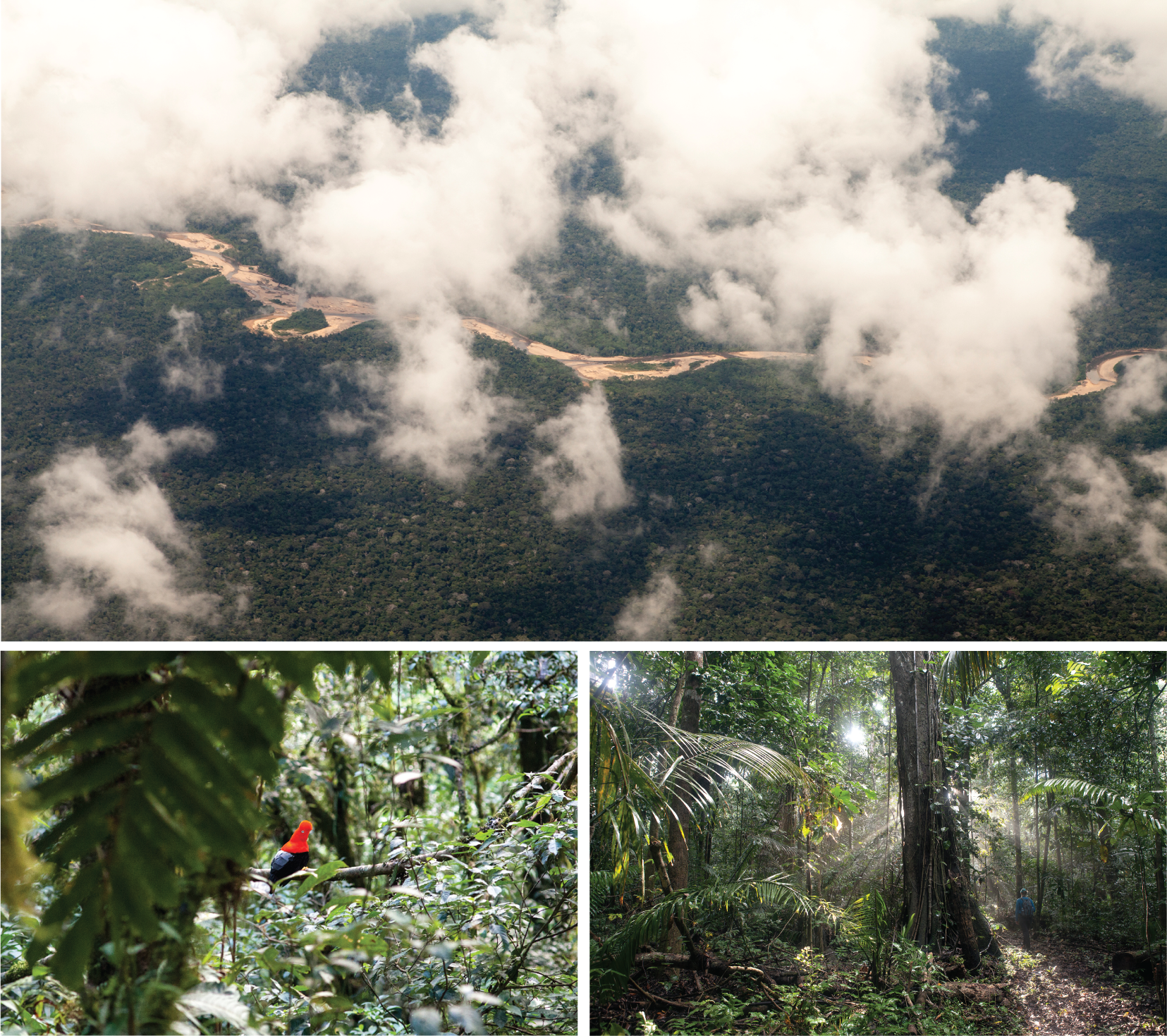 Of all of the UNESCO sites in Peru, this is likely the one you knew about and perhaps the one that drew you to plan a trip to Peru in the first place. Machu Picchu is considered to be one of the most amazing urban creations of the Inca Empire, if not the world. It’s believed to have been used by the Incas as a religious, ceremonial, astronomical, and agricultural center, but mystery still surrounds its exact role and significance to the Empire. 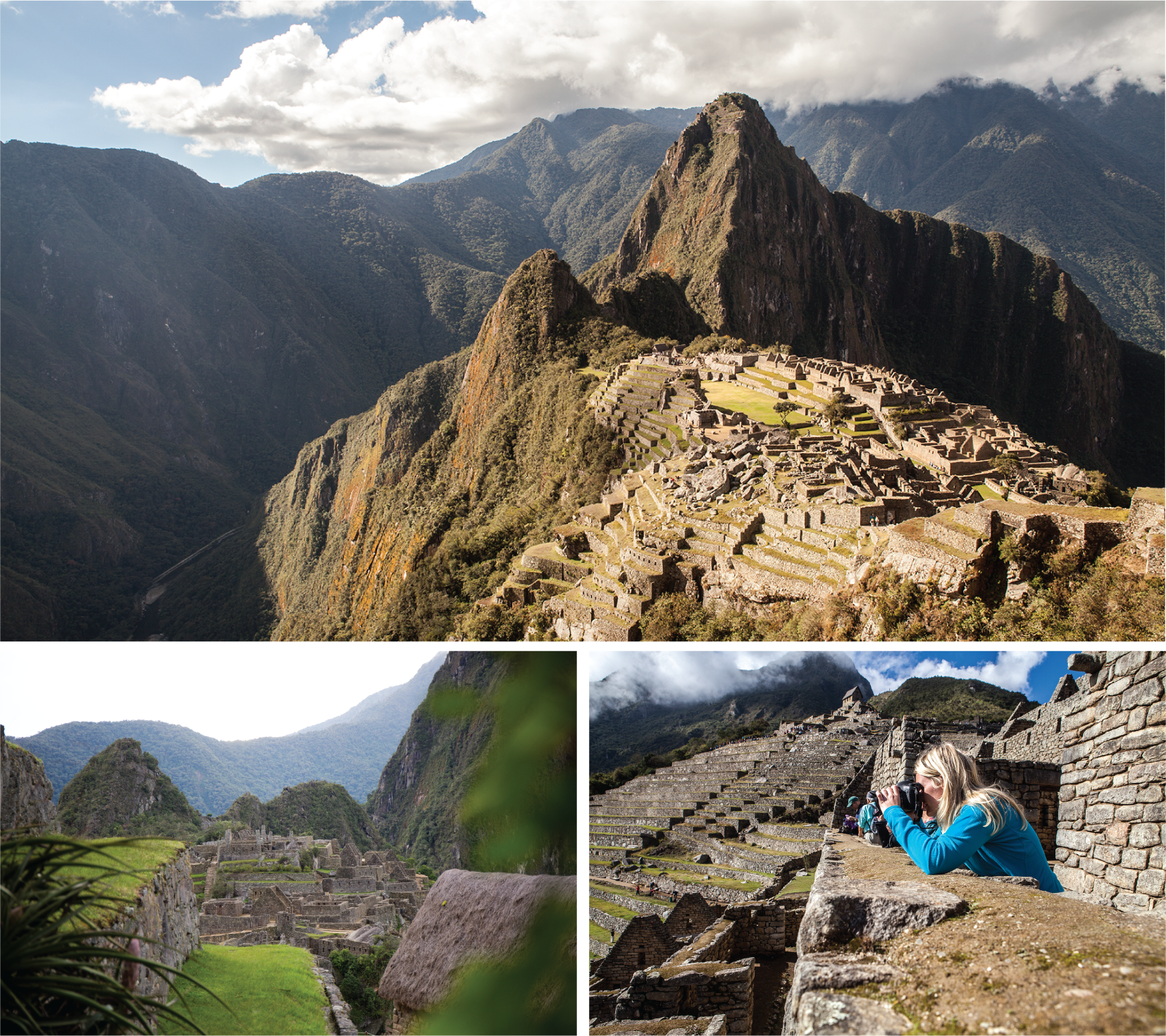 Situated on the eastern slope of the Tropical Andes in North-Central Peru, the Rio Abiseo National Park is a trove of nature and culture. The park’s impressive number of endemic flora and fauna can be attributed to its role as a Pleistocene refuge, meaning its very existence helped species survive periods of glaciation. When there, keep your eyes peeled for the yellow-tailed wooly monkey, a species previously believed to gone extinct, and pay a visit to any one of the 36 archaeological sites that lay within the park. 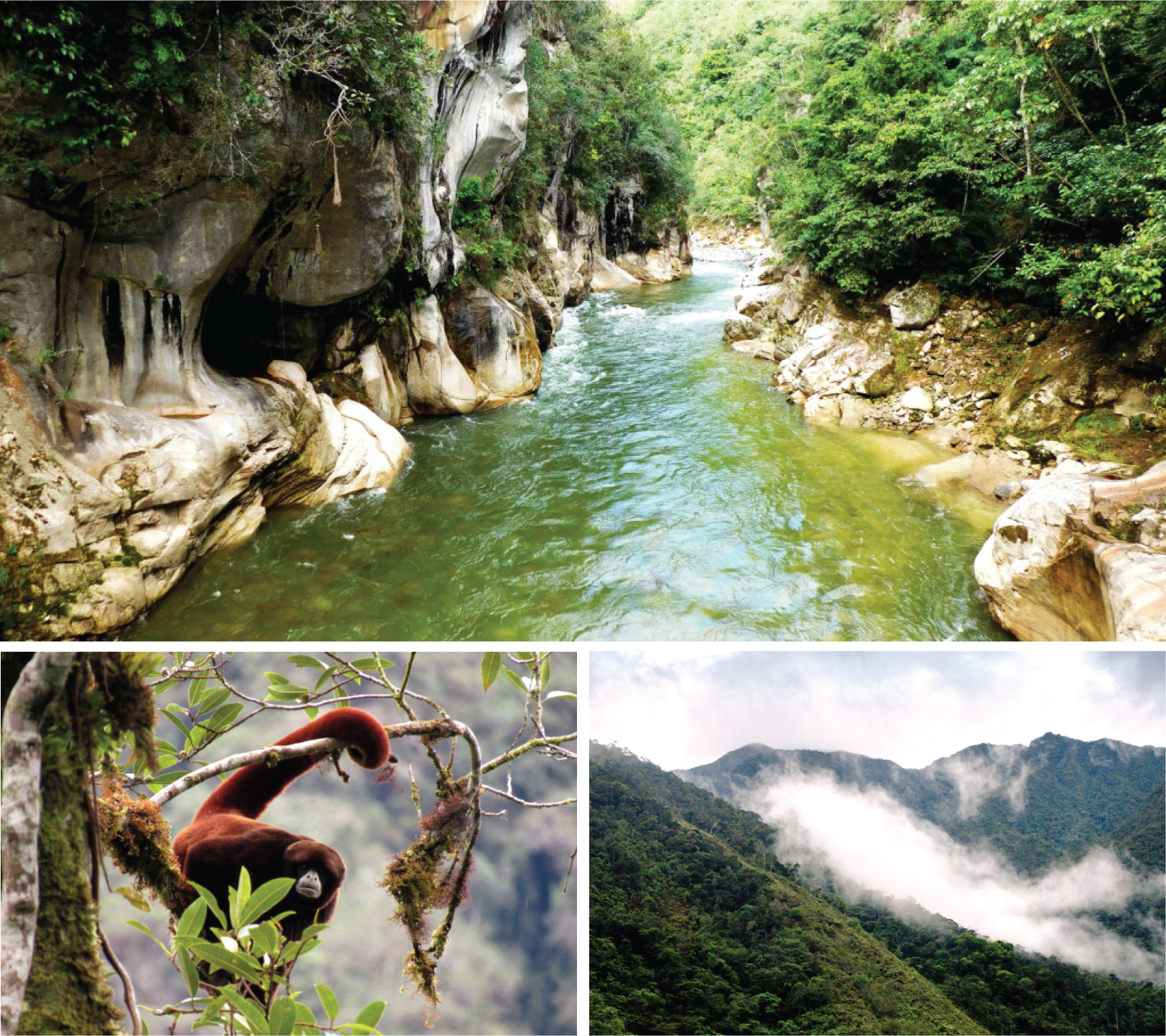