Peruvian gastronomy is one of the best and most diverse in the world, it has been crowned as “World’s Leading Culinary Destination” by the World Travel Awards for the seventh year in a row.

Because the mix of coast, highlands and jungle is what gives Peru such a varied gastronomic profile we have highlighted the most popular dishes by region. Of course it’s impossible to feature all of them because, amazingly, it’s estimated that Peru has more than 400 original dishes!  But we want to list the dishes you can’t miss that will give you an idea and taste of the food that each region has to offer.

Arguably Peru’s most famous food, Ceviche is the national dish. It’s a sin to not try this delicious raw fish cooked in lime juice, onion, salt and aji (spicy chilli). Along with a cold beer this dish is accompanied by corn and sweet potato to even out the spiciness. Other Latinamerican countries have Ceviches, but nothing compares to the Peruvian version!

We recommend Punto Azul restaurant for a hearty and classic version of ceviche. 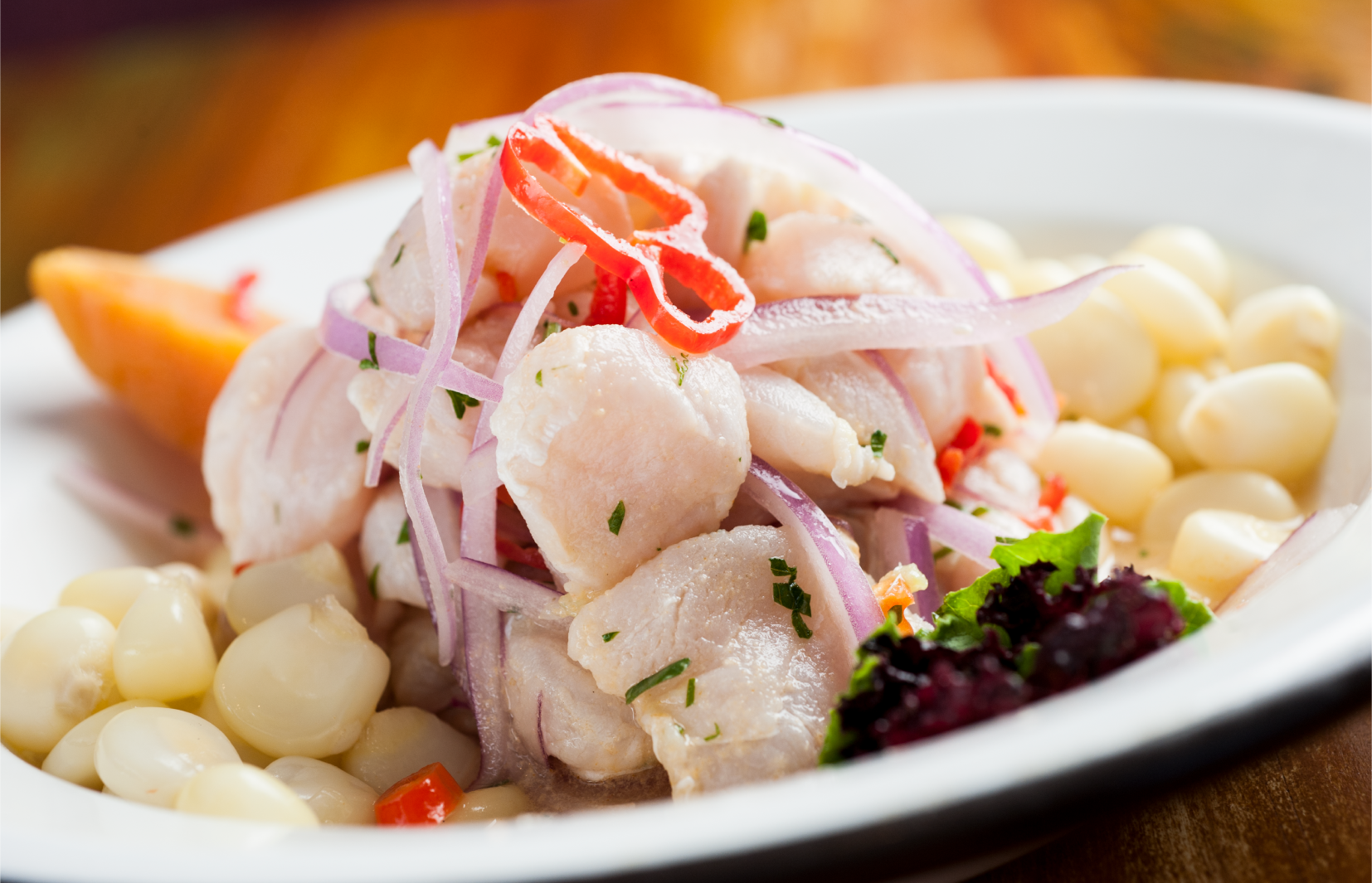 Perhaps just as popular as the Ceviche, Lomo Saltado could only have been possible because of culture clashes in the kitchen of a country that hosts diverse cultures.  This sliced beef stir fry is a fusion of peruvian food and asian technique that is served in simple restaurants as well as up-scale establishments. Sirloin steak, onion, tomatoes and cilantro are marinated with aji, soy sauce and vinegar and cooked in a wok, then served with rice and Peruvian yellow french fries. This incredibly tasty dish embodies the seasoning and a mixture of Peruvian Creole and oriental cuisine. Give it a try at Tanta Restaurant, it’s their most popular dish for a reason! 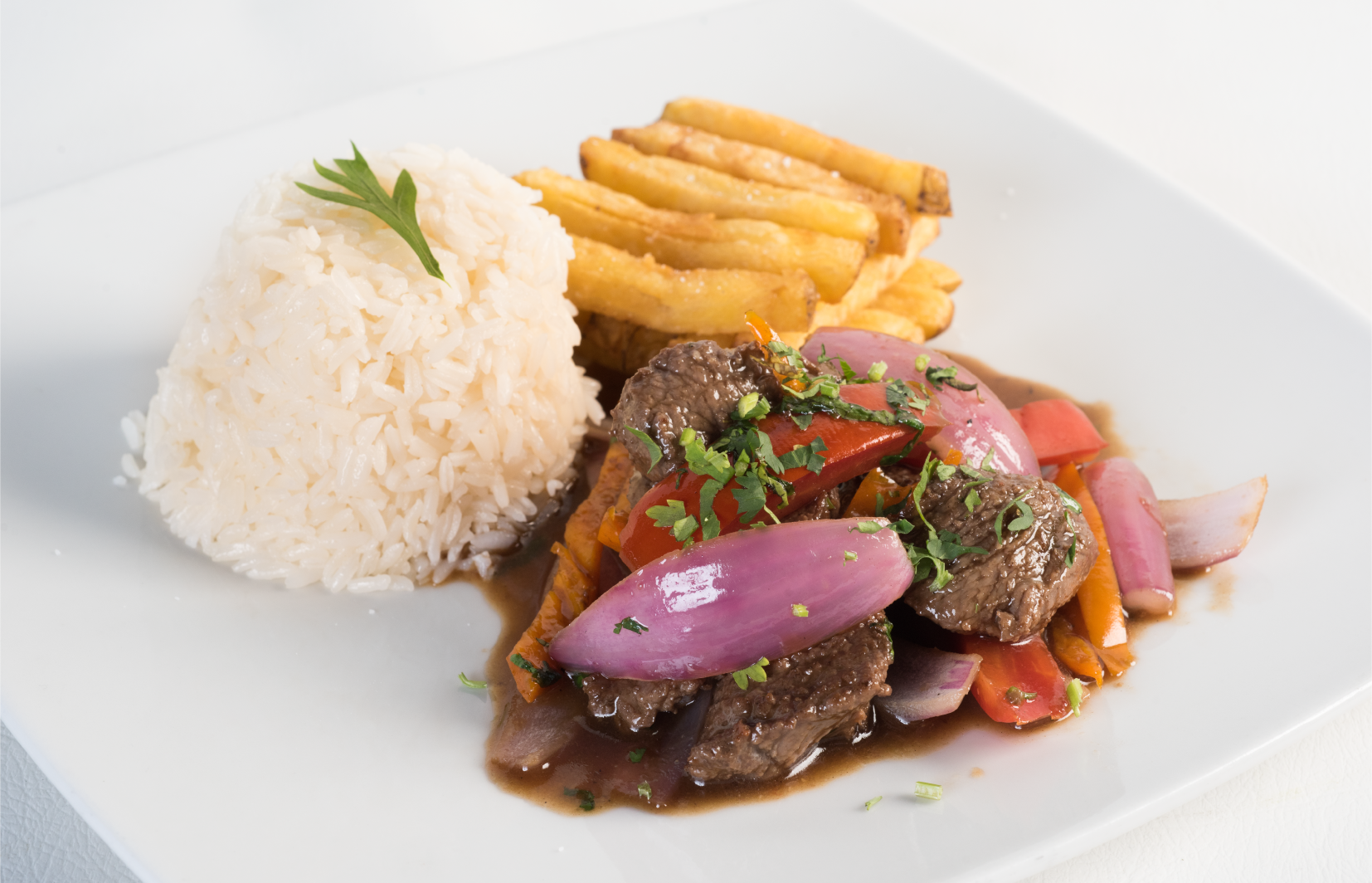 The idea of eating a Guinea-Pig may some horrifying to some, but the cuy is considered a delicacy to be eaten on special occasions. Slow-roasted and cooked on an open wood fire, this tender meat with a crispy exterior is surprisingly tasty. Cuy is generally eaten with the hands like a piece of fried chicken and just as enjoyable, dare to give it a try! We recommend Panchita restaurant. 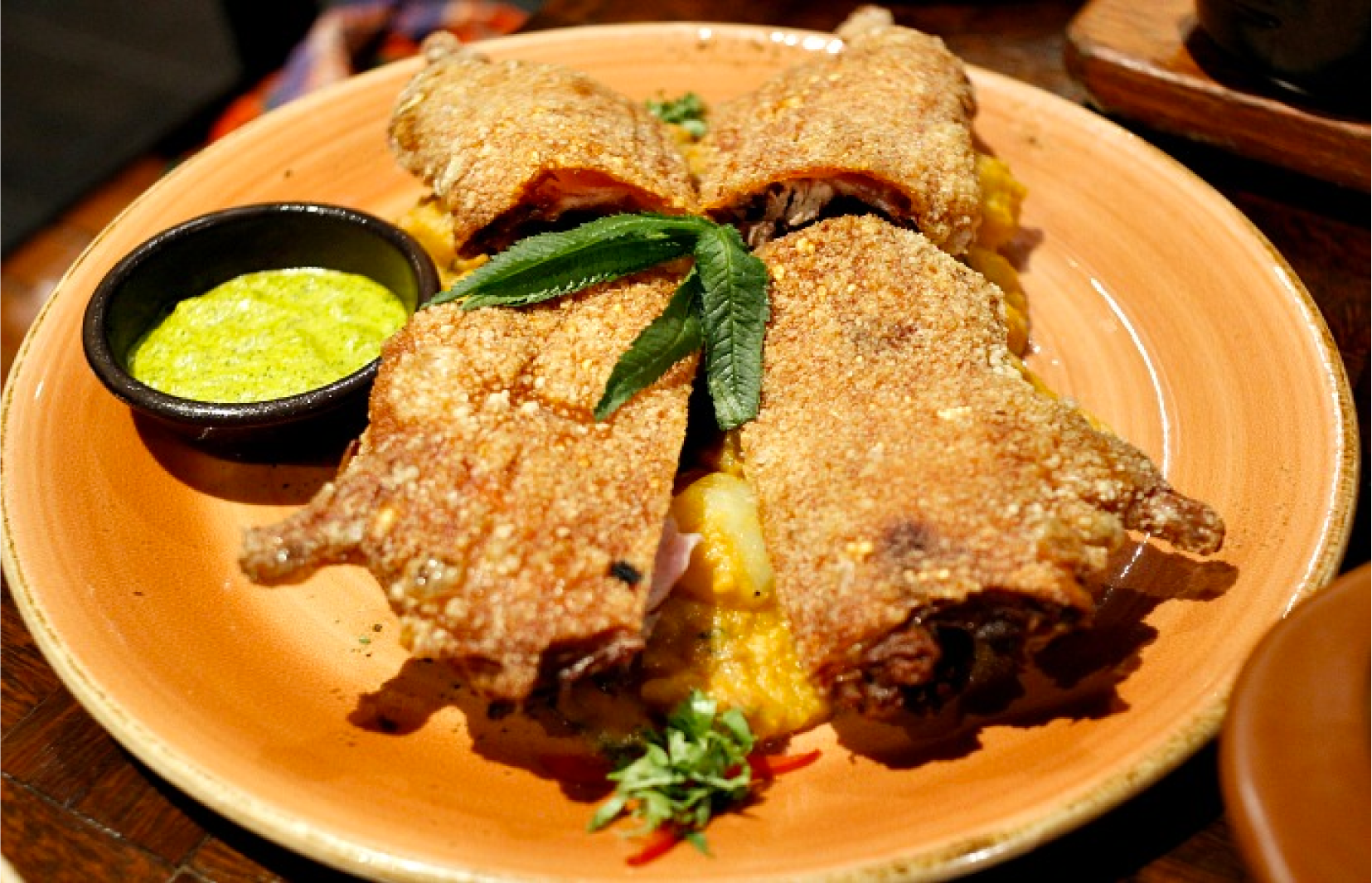 This super popular dish that originated in the andean region of Huancayo,  is served at almost every restaurant in the country, but El Bodegon in Miraflores serves a version that is excellent. 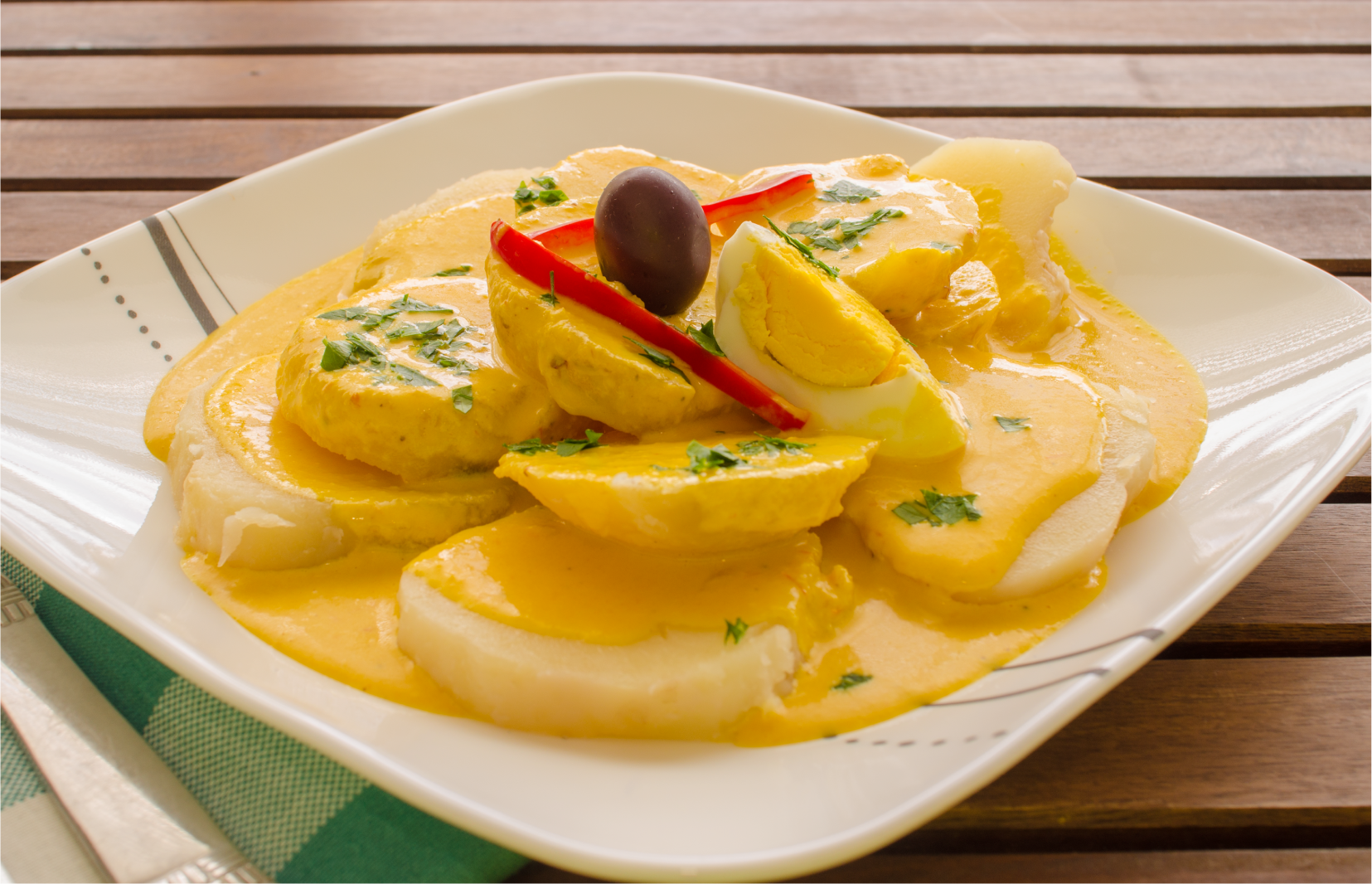 The most traditional and popular dishes from the Peruvian jungle. The Juane consists of a bowl of rice filled with meat, boiled egg, black olives, and spices. Rice, hen meat, eggs, black olives and spices are all wrapped up in bijao leaves (which look like banana leaves) and are plants from the jungle. It is then boiled as is in clay pots and served in its leaves. Wherever you go in the peruvan jungle, the food of choice is Juane but extra large ones are served  on June 24th during the  Festival of San Juan, the patron saint of the Amazon. Taste the star dish of th ejungle in Aguajal, located in San Borja and considered one of the best amazonian restaurants in Lima. 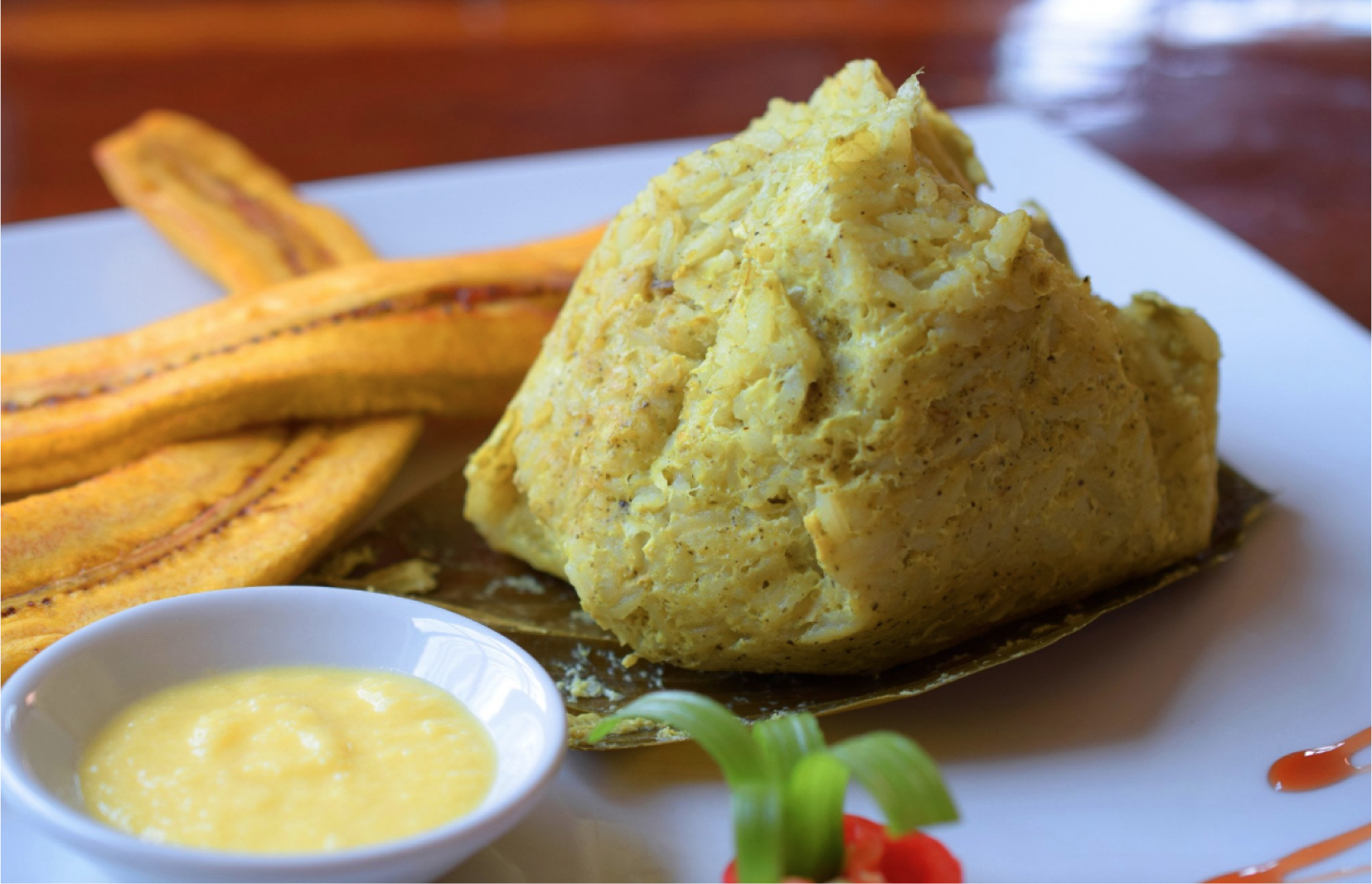 A favorite of many, this incredibly flavorful dish is considered a must for anyone that visits the Amazon region.

Cecina is a thick cut of smoked pork made with traditional spices from the jungle that give it its intense flavor. Tacachos are made of mashed up plantains, pork fat and salt. This dish is just as good as it sounds! Decadent and bursting with flavor, you can try this dish and more amazonian food in the heart of Miraflores at La Patarashkita (Mercado 28), the Lima branch of the traditional La Patarashka restaurant in the amazonian city of Tarapoto. 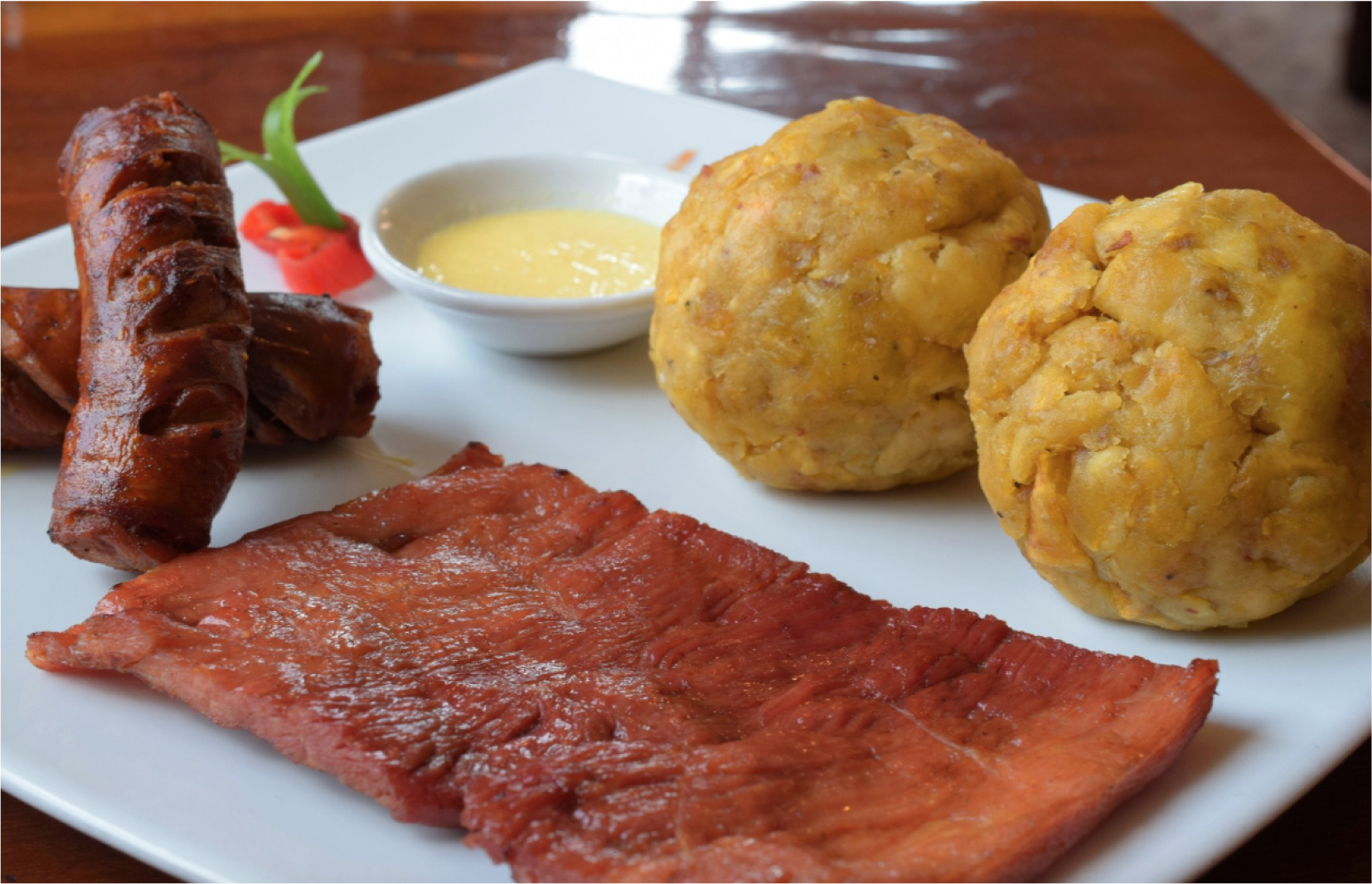