Peru is home to some of the most majestic mountains on Earth. Striking as they split the sky, there’s something magnetic about the Andes. From Huascarán to Salkantay, these peaks are guaranteed to take your breath away (literally). For thousands of years, these lands have been and continued to be worshiped and held with the utmost respect. Below is a list of the 11 most remarkable mountains, ranked by height.
1. Huascarán
22,132 feet (6,746 m), Cordillera Blanca
Taking the title of the highest peak in the entire country is Huascarán. It is the southern most peak of the Cordillera Blanca mountain range, standing at 22,132 feet (6,746 m) tall. The mountain lies within Huascarán National Park, a UNESCO World Heritage site and home to incredible animals such as cougars, jaguars and the Peruvian tapir. Ever since it was scaled back in 1932, the area has been a popular destination of climbers and trekkers. You can reach the mountain via Huaraz before traveling to the small village of Musho. 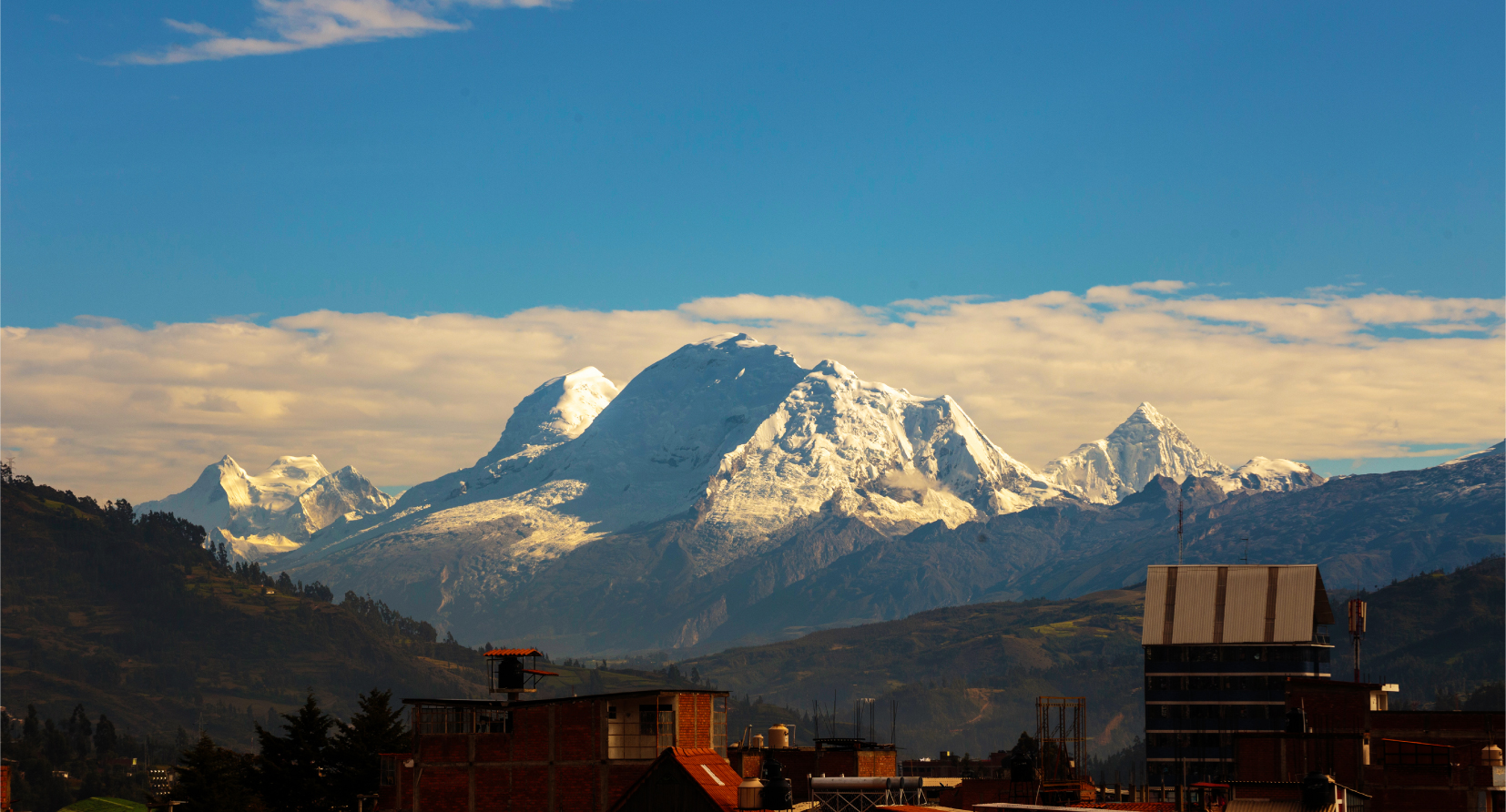 2. Yerupajá
21,709 feet (6,617 m), Cordillera Huayhuash
Sitting in second place is Nevado Yerupajá at 21,709 feet (6,617 m). In the same area (Ancash department) as Huascarán but rests within the Cordillera Huayhuash range. Yerupajá is not a climb for the fainthearted. With its characteristic knife-edge summit ridge, it makes for a difficult climb for even the most skilled mountaineers. Dubbed ​El Carnicero​ (“The Butcher”) by the locals for its blade appearance and complex climb. To arrive at Yerupajá you must travel via Huaraz and Chiquián. 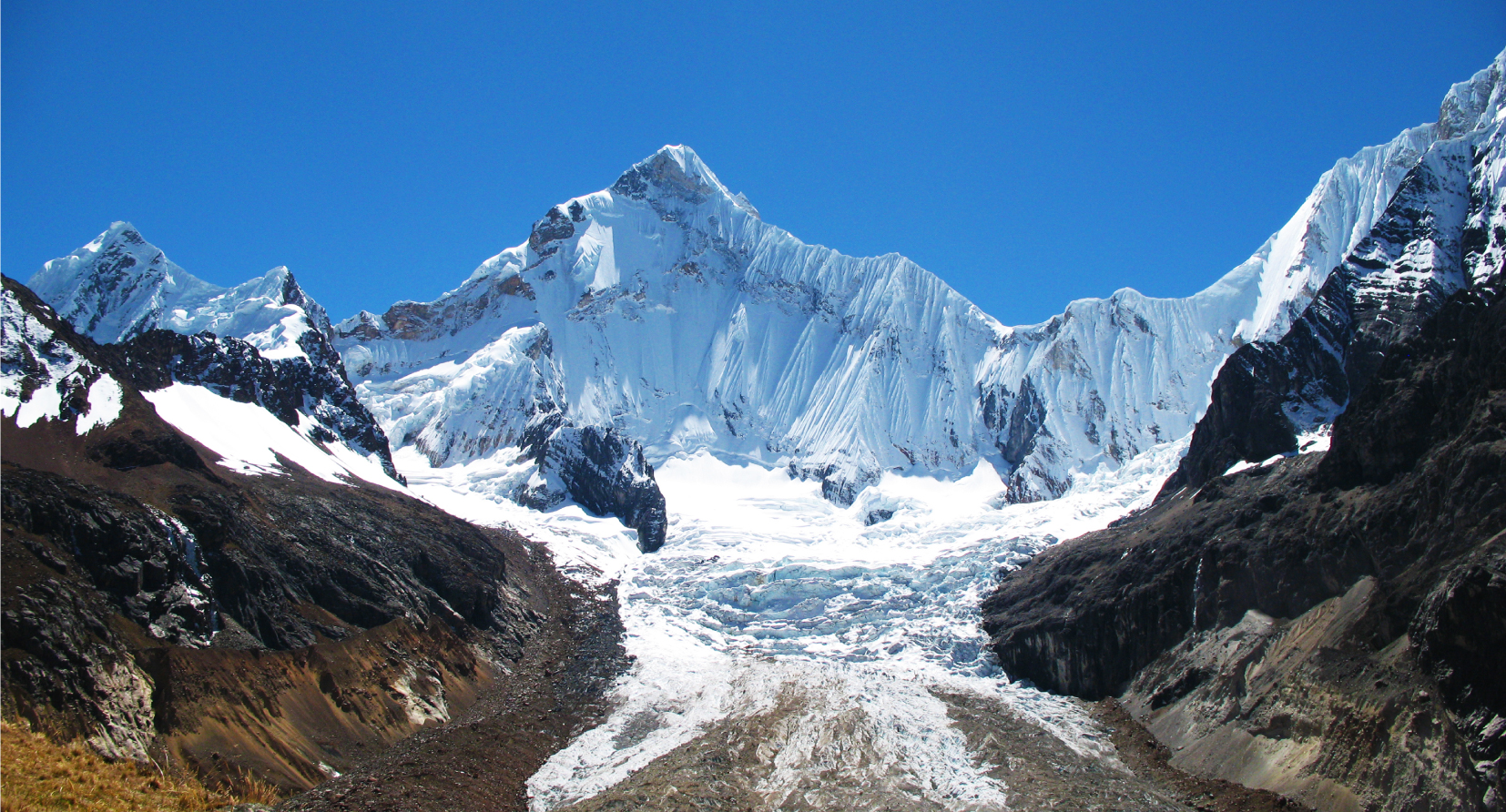 3. Coropuna
21,079 feet (6,425 m), Cordillera Ampato
About 90 miles outside of Arequipa sits the highest volcano in Peru, Nevado Coropuna. This volcano reaches a height of 21,079 feet (6,425 m), taking the third-place prize of the highest mountains in the nation. Worshiped by the Incas and said to hold one of the most sacred apus, mountain spirits, this volcano is revered still today. Ancient temples and Inca trails still rest visibly on the base and slope of this striking peak. Although Hiram Bingham was the first to be recorded scaling this beast, it is likely the Incas reached the summit long before he did. 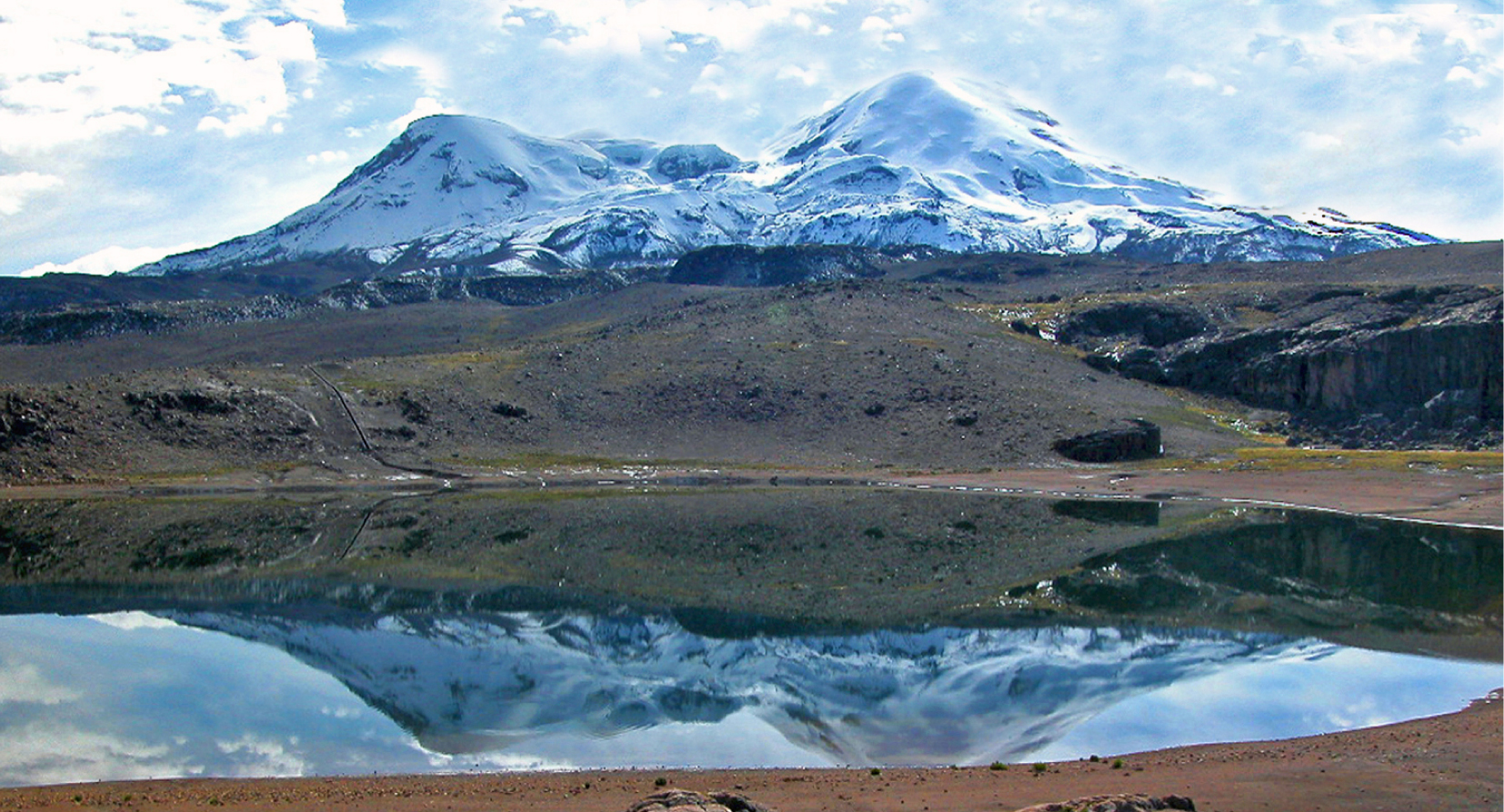 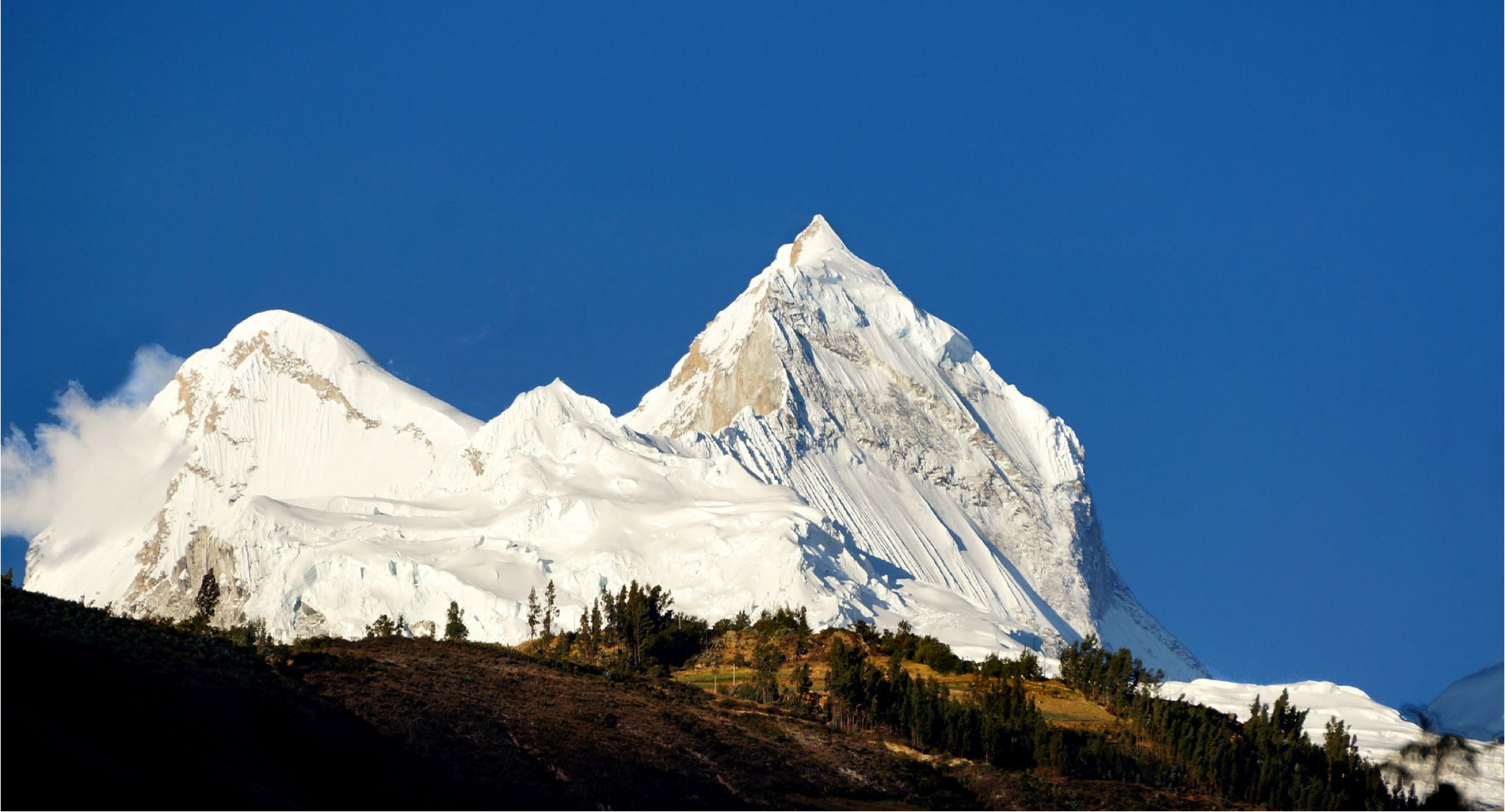 5. Huantsan
20,981 feet (6,395 m), Cordillera Blanca
Tied with Huandoy at 20,981 feet (6,395 m) is Huantsan. The peak resembles that of an arrowhead and poses a great challenge for those willing to try. Getting to Huantsan is easy by way of Huaraz, but the climb itself is a dangerous and difficult one. 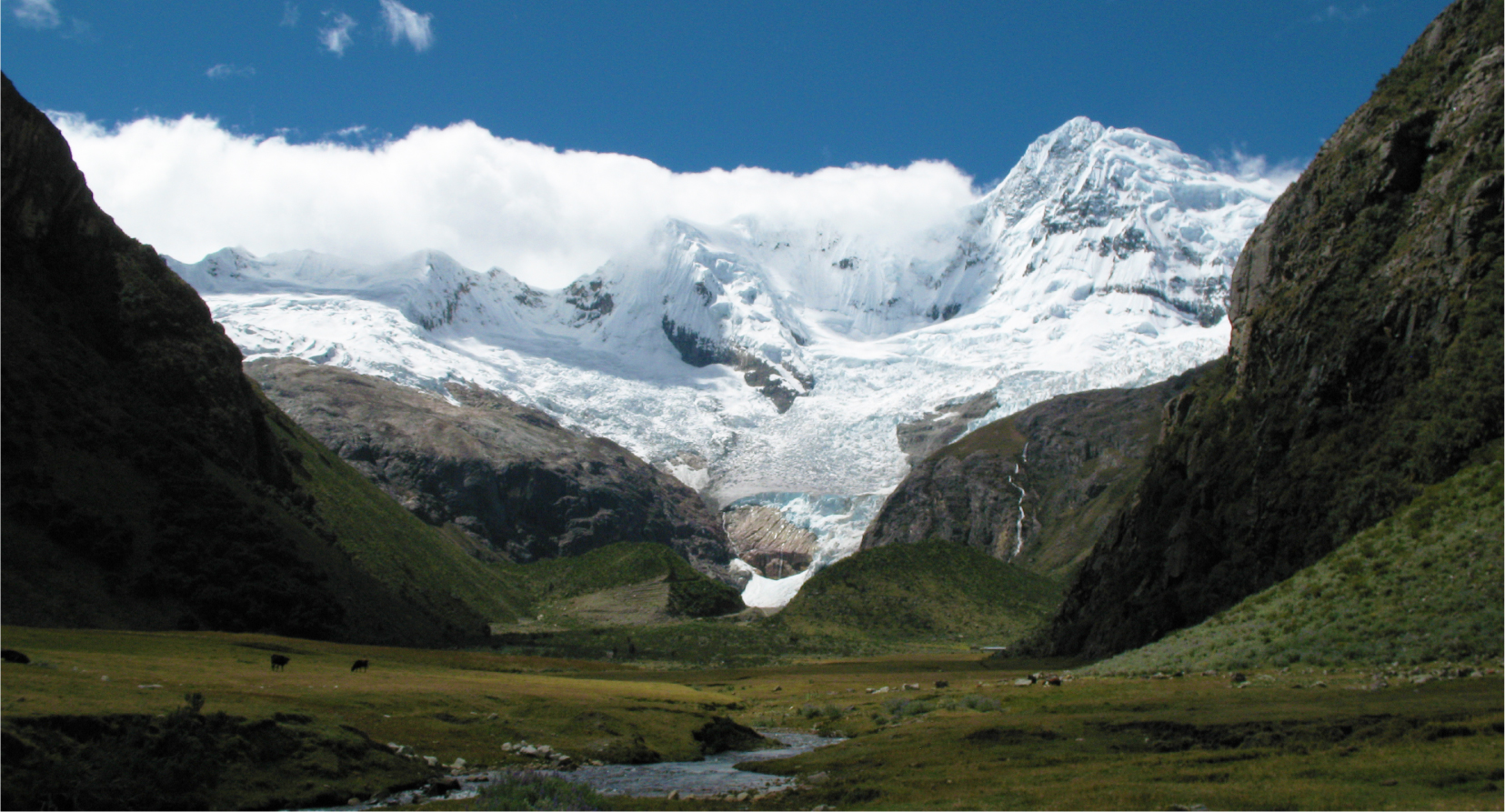 6. Ausangate
20,945 feet (6,384 m), Cordillera Vilcanota
Jutting up at 20,945 feet (6,382 m), makes Ausangate the tallest peak in the Cordillera Vilcanota range. Located in Southern Peru, 60 miles from the Inca capital of Cusco. Similar to Coropuna, Ausangate is said to be one of the most important apus (mountain gods) in Inca mythology. The multi-day Ausangate Trek is a popular one amongst climbers and trekkers looking to experience the massive mountains in this country. Typically leaving from Cusco for Tinqui, Chilca, or Pacchanta to being the trek. 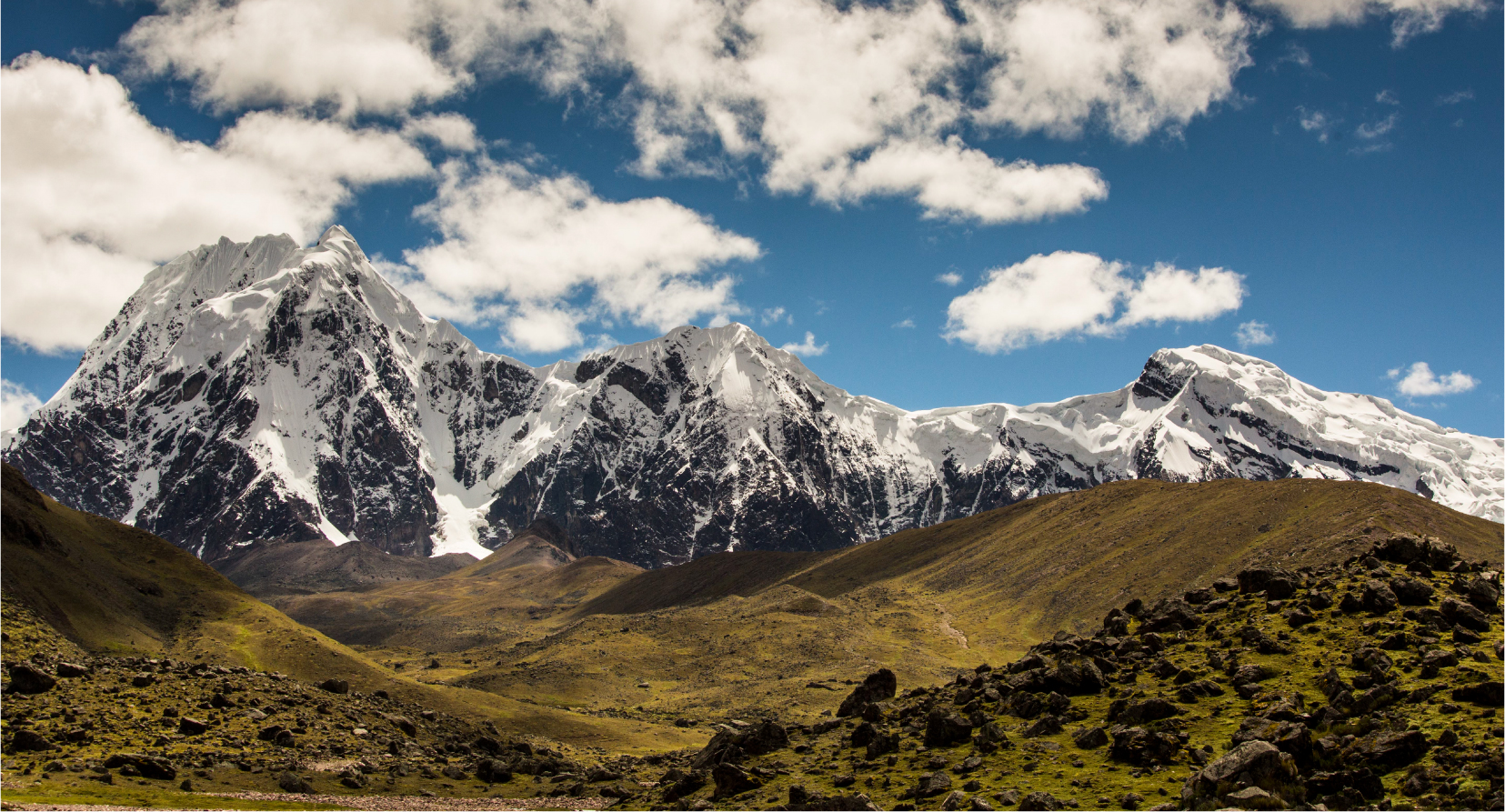 7. Chopicalqui
20,817 feet (6,345 m), Cordillera Blanca
Although Chopicalqui is one of the tallest peaks in the Cordillera Blanca, it has a reputation for being one of the easiest to climb. This fact makes it a popular destination for trekkers of all levels. As with most of these climbs, people typically start in Huaraz then head to Yungay for the base camp of Chopicaliqui. 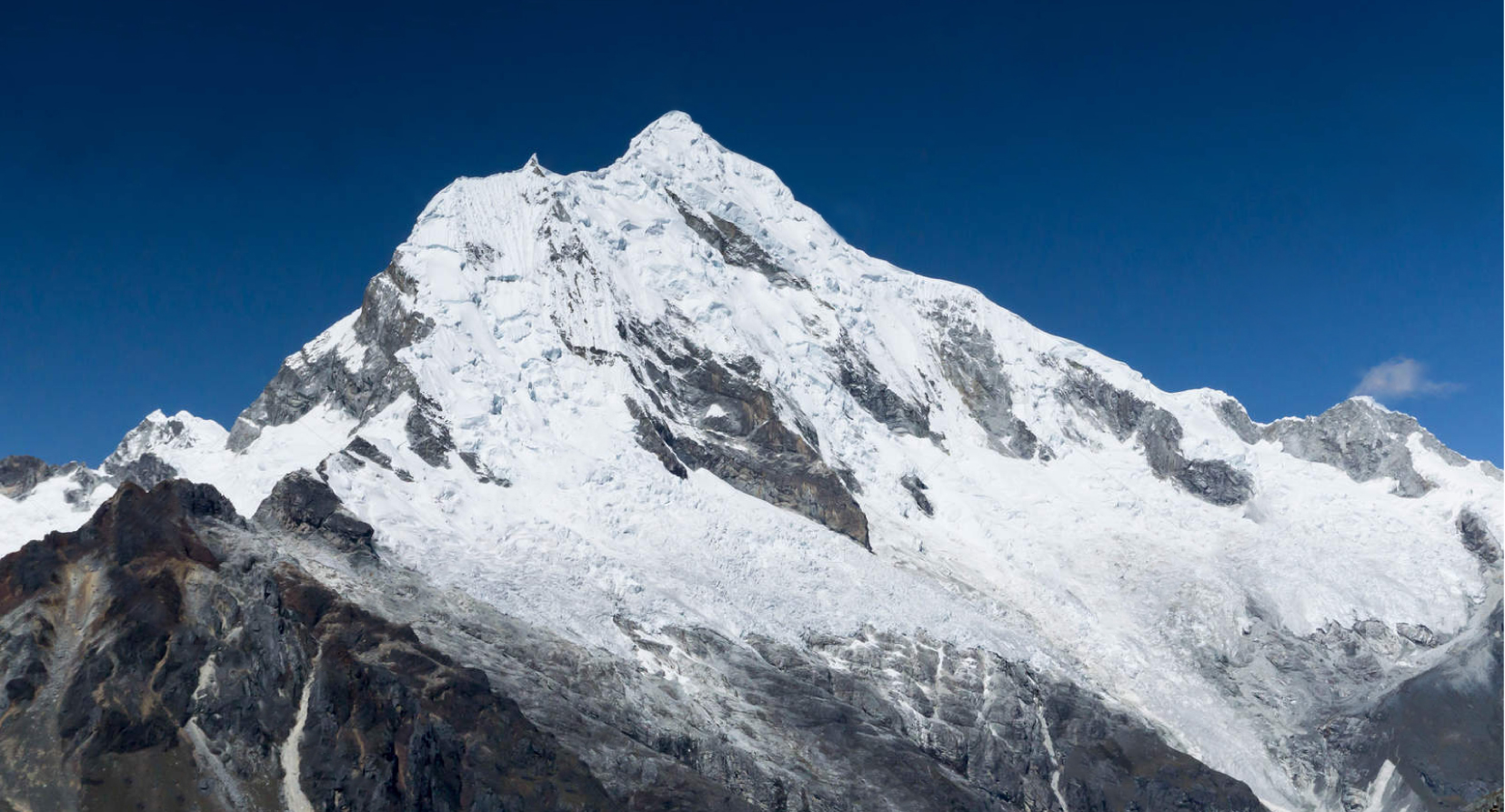 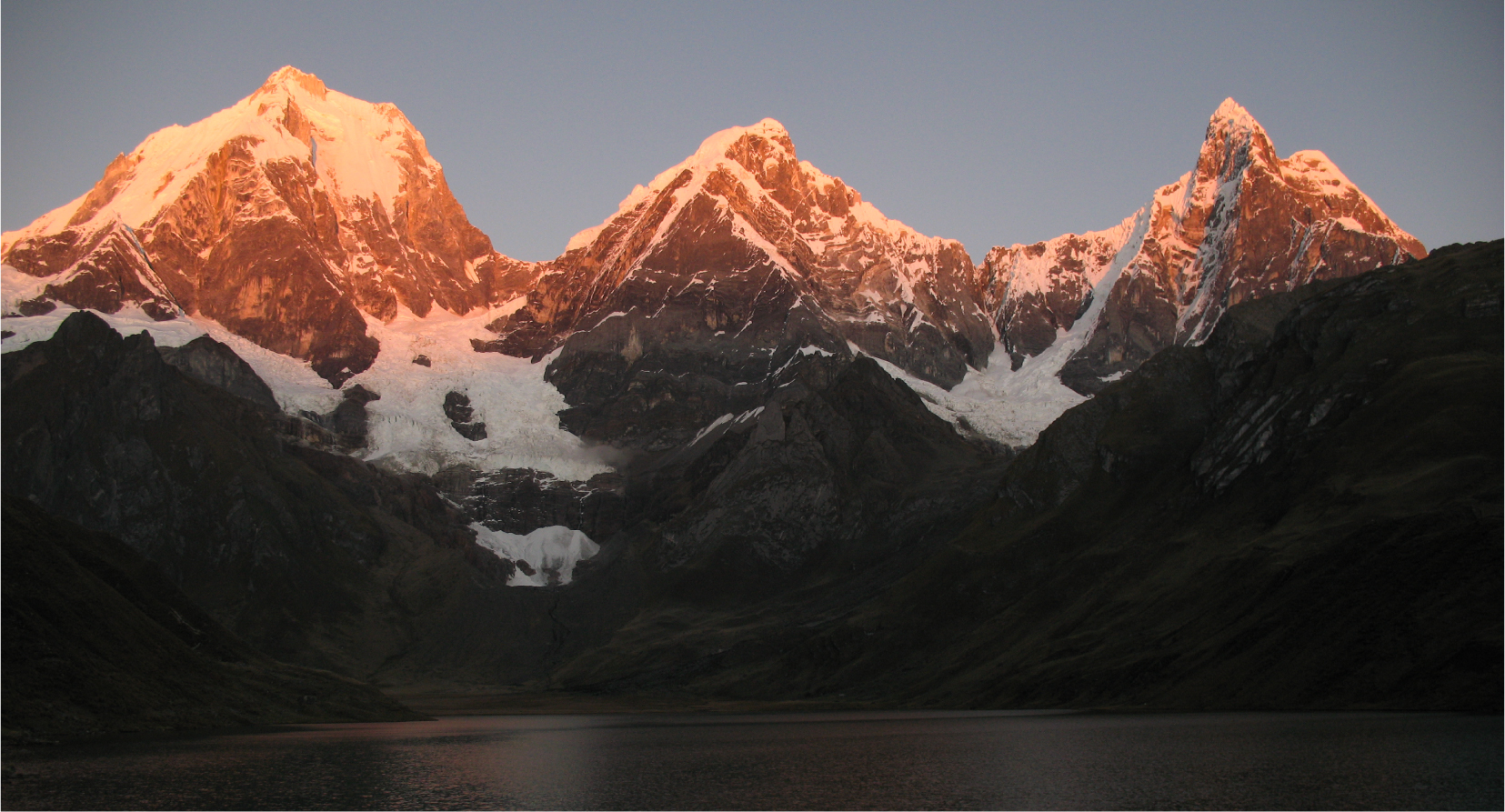 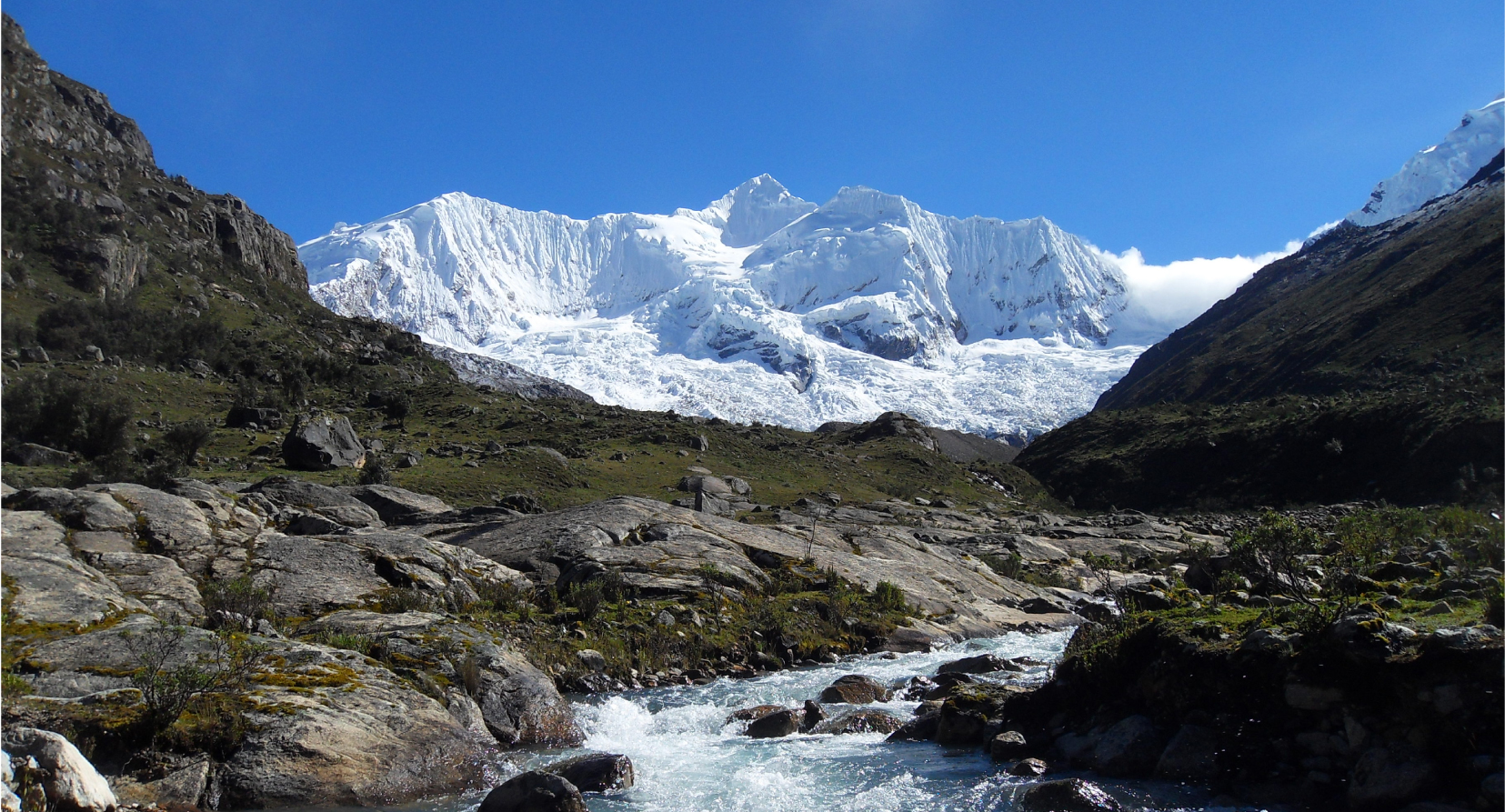 10. Ampato
20,630 feet (6,288 m), Cordillera AmpatoTaking the cake as one of the highest mountains in the south of Peru, this dormant stratovolcano reaches the height of 20,630 feet (6,288 m). Ampato is located about 60 miles outside the 2nd most-populous city in Peru, Arequipa. Ampato has become a legendary peak due to a 1995 expedition by Dr.Johan Reinhard, who discovered the frozen and mummified remains of an Inca girl close to the summit. It is evidence of child sacrifice to honor the apus (mountain gods). Her well-preserved remains are housed in the Museo Santuarios Andinos, a must-see in Arequipa. 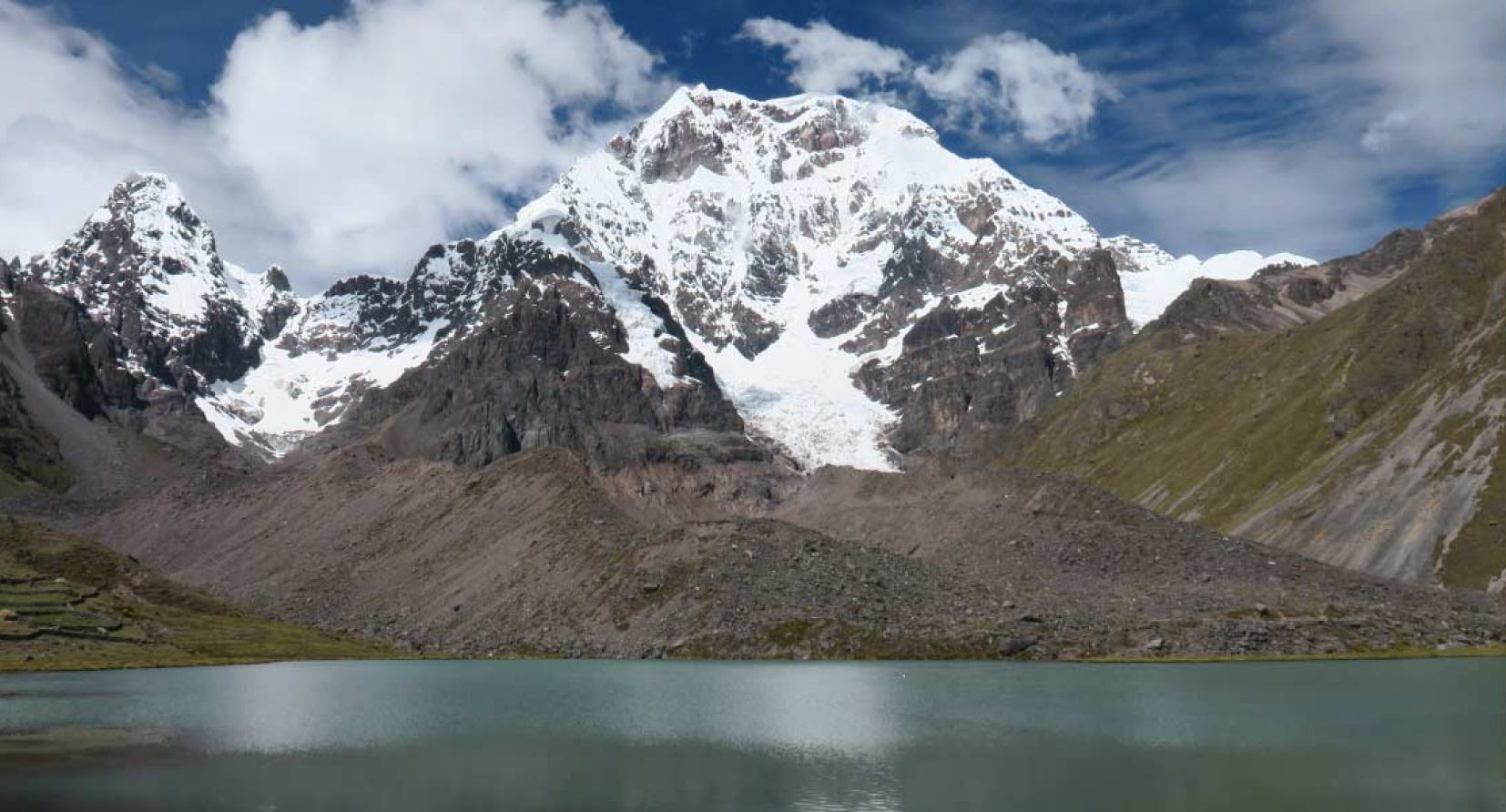 11. Salkantay
20,574 feet (6,271 m), Cordillera Vilcabamba
Nevado Salkantay claims the title for the highest mountain in the Cordillera Vilcabamba. It is located inthe department of Cusco, near to the infamous Machu Picchu. Salkantay was one of the most sacred mountains in the Inca Empire and was said to have the capability to control weather and fertility in thesurrounding area.One of the more famous mountains, as it is often an alternative multi-day trek to that of the Inca trail. The trek is a challenging one but attracts climbers of all skill levels. Climbers approach the mountain via Cusco and Mollepata. The views on this trek are unforgettable. 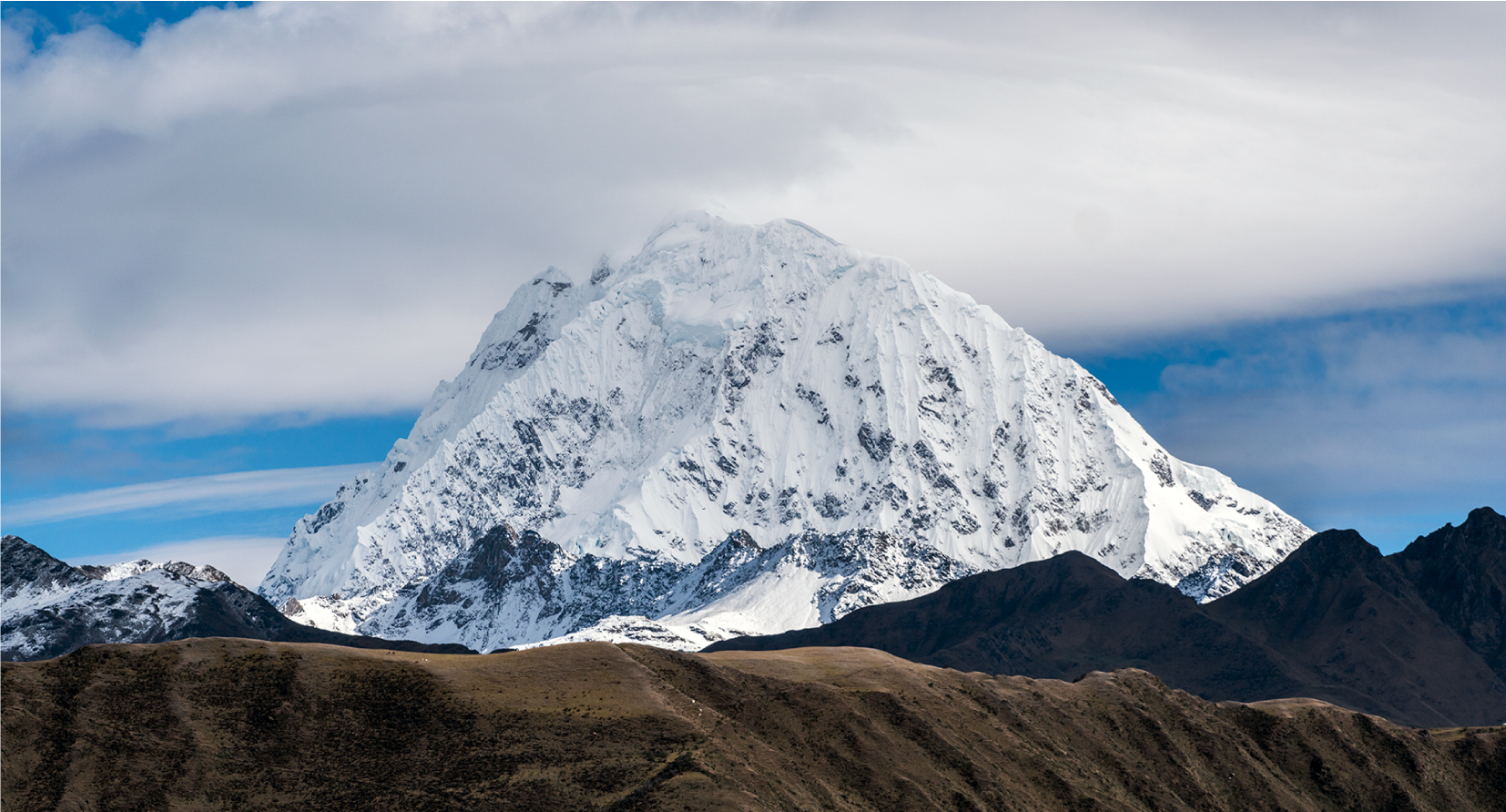 Whether you are gazing at the snowcapped mountains from a rooftop in Arequipa, or trekking to the top, witnessing Peru’s peaks is an item you’ll want to add to your bucket list. Reach out to one of our specialists to start planning your adventure today.