When you book with an account, you will be able to track your payment status, track the confirmation and you can also rate the tour after you finished the tour.
Sign Up
2690

All your doubts and questions will be solved by our team. 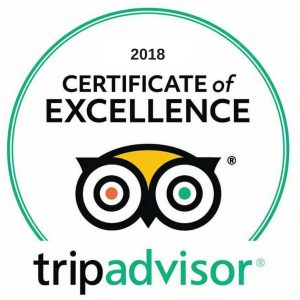 One of the world’s classic treks! This 5-day circuit, that includes views of both the highest tropical peak in the world, Huascaran (6768 m / 22,204 ft) and one of the most beautiful mountains on the planet (Alpamayo), takes us through three valleys (Llanganuco, Huaripampa, and Santa Cruz). We’ll enjoy stunning Andean views, dramatic natural scenery, and distinctive, vibrant cultures. Ranking: easy to moderate with just one high mountain pass, you’ll experience an abundance of diverse regions and immerse in spectacular beauty on this unforgettable journey amidst glacial mountains, pristine wilderness, and crystal-pure lakes.

Leaving early in the morning, we drive along the Santa Valley, passing several villages until we reach present-day Yungay, at the foot of Mt. Huascaran. The road winds slowly up into the gulley between the Huascaran massif and the Huandoy three-pronged peak. Soon we arrive at the boundary of Huascaran National Park, home to the Cordillera Blanca, the highest tropical mountain range in the world. Llanganuco, as the area is known, has two lakes, Chinancocha and Orconcocha, each with sparkling, crystalline waters. Chinancocha or “female lake” has an intense turquoise hue, while Orconcocha, “male lake” has sky blue waters. When we reach Cebollapampa, (3900 m / 12,795 ft) we will begin our trek to Lake 69.

We’ll begin with an easy trek on more or less level ground for about an hour, passing through Quenual, also known as Paper Bark forests. We will enjoy a panoramic view of Huascaran Mountain, the highest peak in the Cordillera Blanca, along with Chopicalqui, and Yanapaccha. Now, we ascend a well-marked path that zigzags up to the first small lake, whilst viewing the glacier-topped peaks of Chacraraju, Yanapaccha, Huascaran, and Chopicalqui and pristine waterfalls cascading below. Finally, we’ll reach one last winding section of trail that will lead us to Lake 69. This last section can be challenging for some, but it will be worth it as the lovely lake comes into view, nestled at the base of Pisco and Chacraraju Mountains. We will relax, take pictures, and enjoy lunch amidst the beauty of nature. We’ll descend by the same route to Yuraccorral, where we’ll spend our first night at 3900 m (12,795 ft).
(L / D)

We’ll start with a descending hike on a leftward-winding trail, which skirts a small ridge and trickles down into the Huaripampa Valley. As we slowly make our way up this valley, we’ll pass a small settlement of farmers, going about their agricultural activities amidst verdant Andean vegetation. The snow-capped peaks of Chacraraju (6112 m / 20,052 ft) and Taulliraju (5830 m / 19,127 ft) loom majestically into view, dwarfing us as we pass through the meadows and fields nestled at their feet. Camp in Paria Valley at 3875 masl (12,713 fasl).
(B / L / D)

We start on an ascending trail towards Punta Union Pass at 4750 m (15,583 ft) This ancient trail saw heavy traffic in pre-Columbian and Colonial times as a route for transporting goods from the eastern side of the Andes to the main valley. As we approach the pass, Mt. Taulliraju will loom above us, and on the other side, a pristine glacial lake and bright white glacier will add color and contrast to the amazing views down the Santa Cruz Valley. The peaks of Quitaraju, Artesonaju, and Rinrijirca will come into view as well as the two lakes of Ichiccocha and Jatuncocha. The trail descends into Taullipampa, where we will spend the night at 4180 m (13,713 ft).
(B / L / D)

Today we continue our hike down the Santa Cruz Valley, past the side-valley of Arhuaycocha, with great views of snow-capped mountain peaks, including Mt. Alpamayo. We’ll ascend to an amazing viewpoint to observe the majestic Alpamayo Mountain in all its glory. The landscape changes and scree slopes appear on each side of the marshy meadow as well as a smattering of boulders fallen from the eroded walls above us. Finally, towards the end of the day, we hike out of the ever-narrowing canyon into Llamacorral, where we will camp at 3783 m (12,411 ft).
(B / L / D)

A steep descent brings us to Cashapampa (2944 m / 9658 ft) in the early morning. We’ll meet with our private vehicle that will take us back to Huaraz; we’ll take our leave of our team of helpers and relax as the road winds slowly down to the main valley, arriving in Huaraz in the afternoon, where we’ll unwind after a memorable journey amidst some of the most spectacular terrain on earth.
(B) 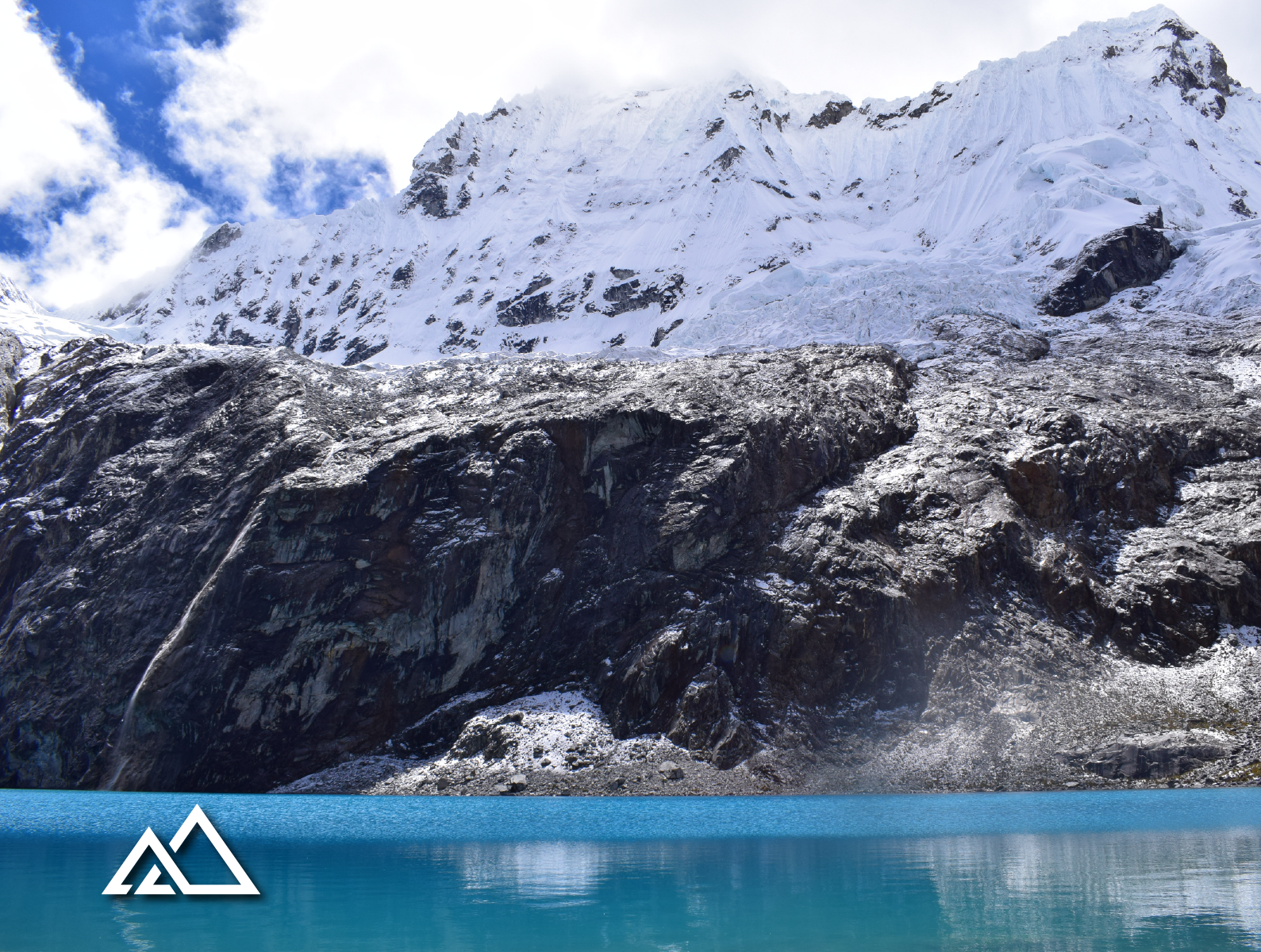 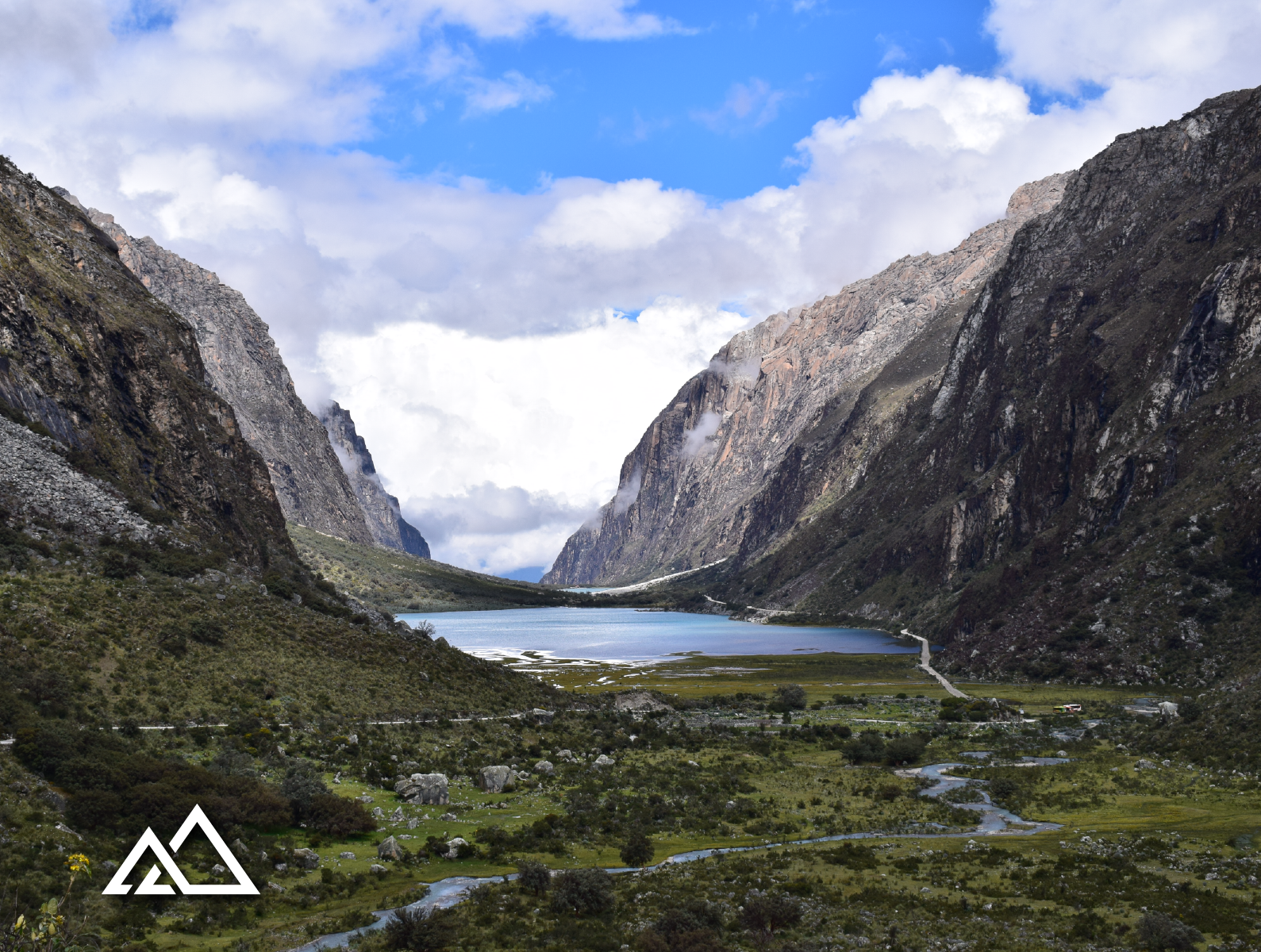 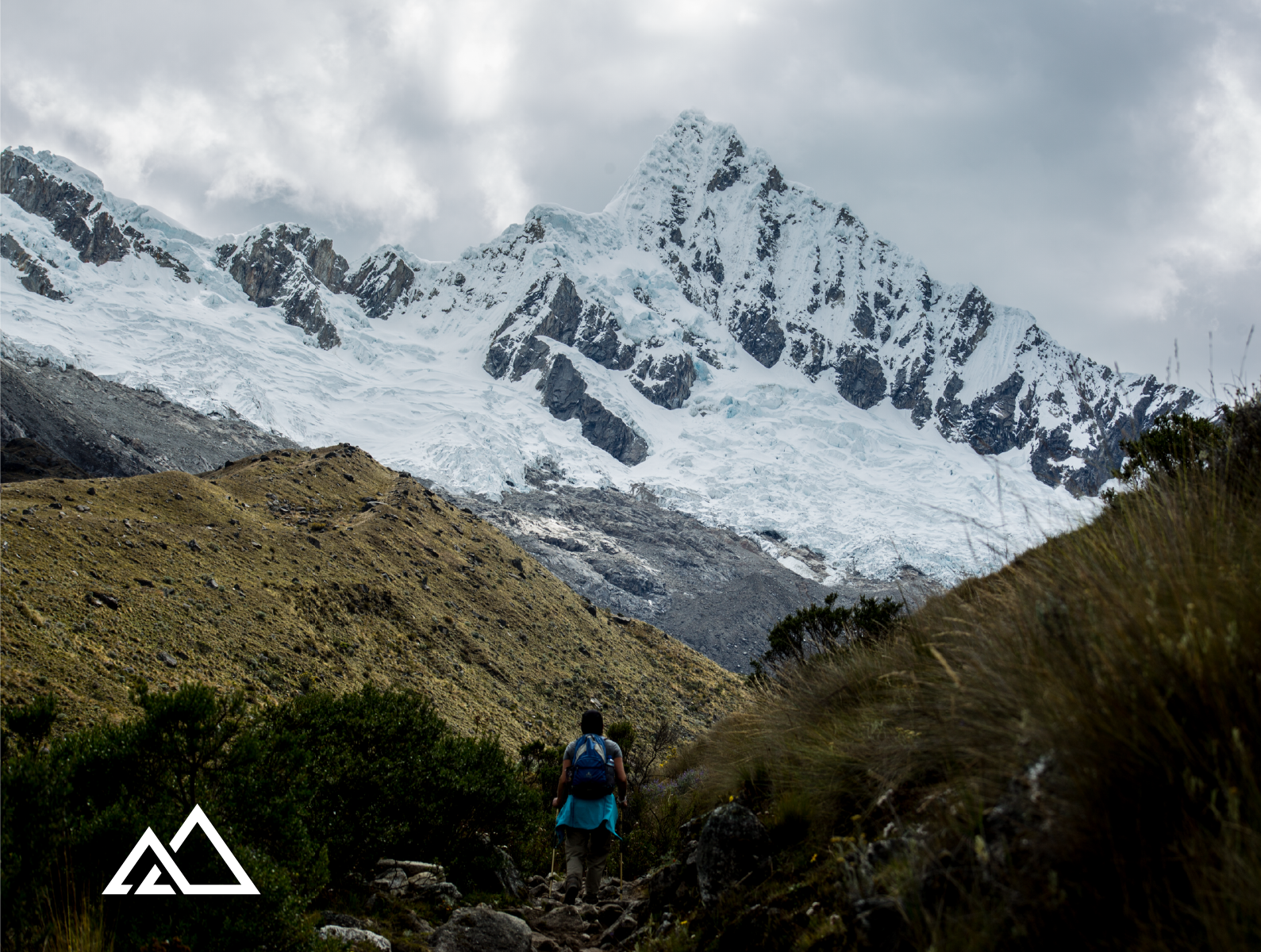 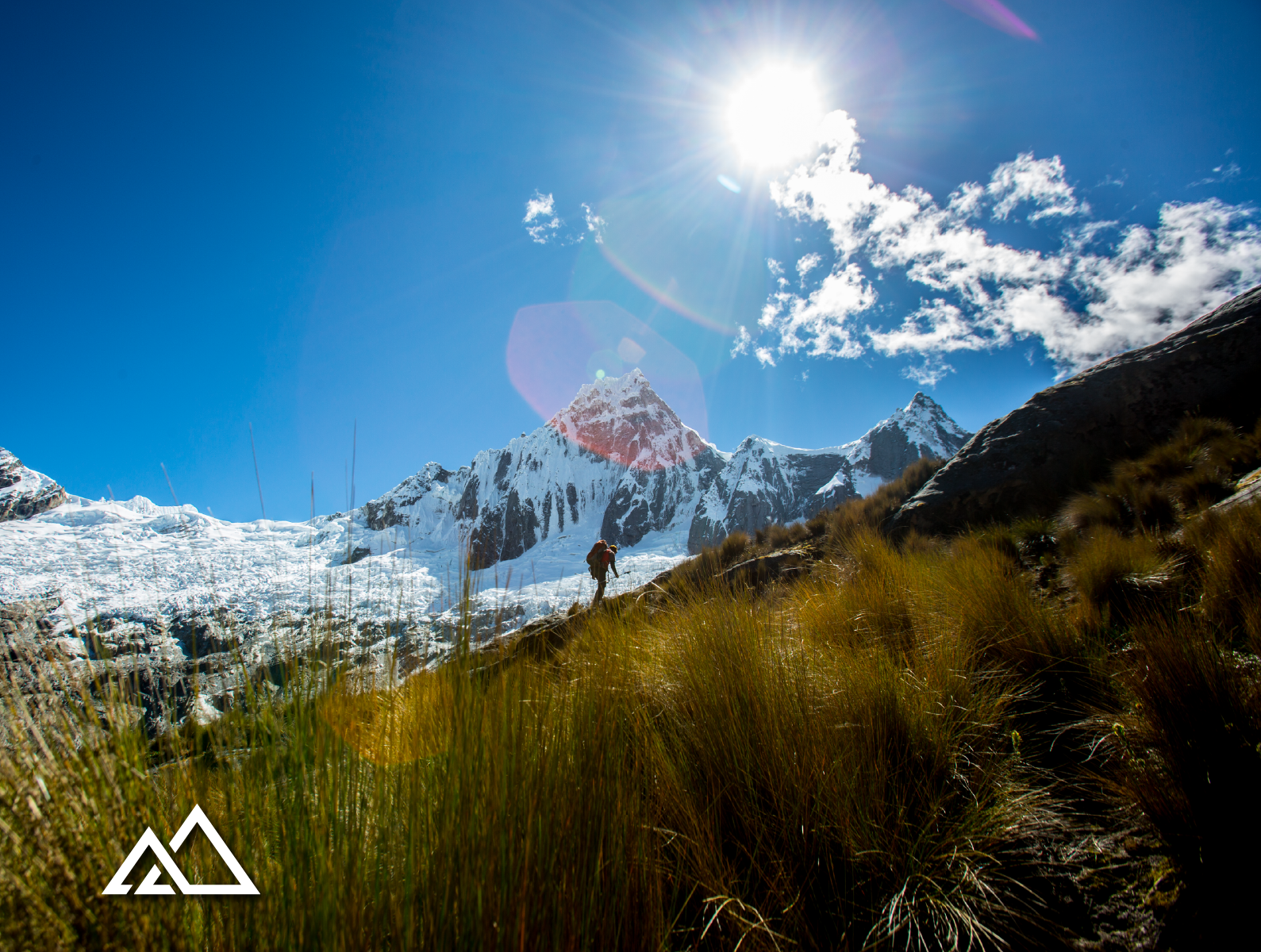 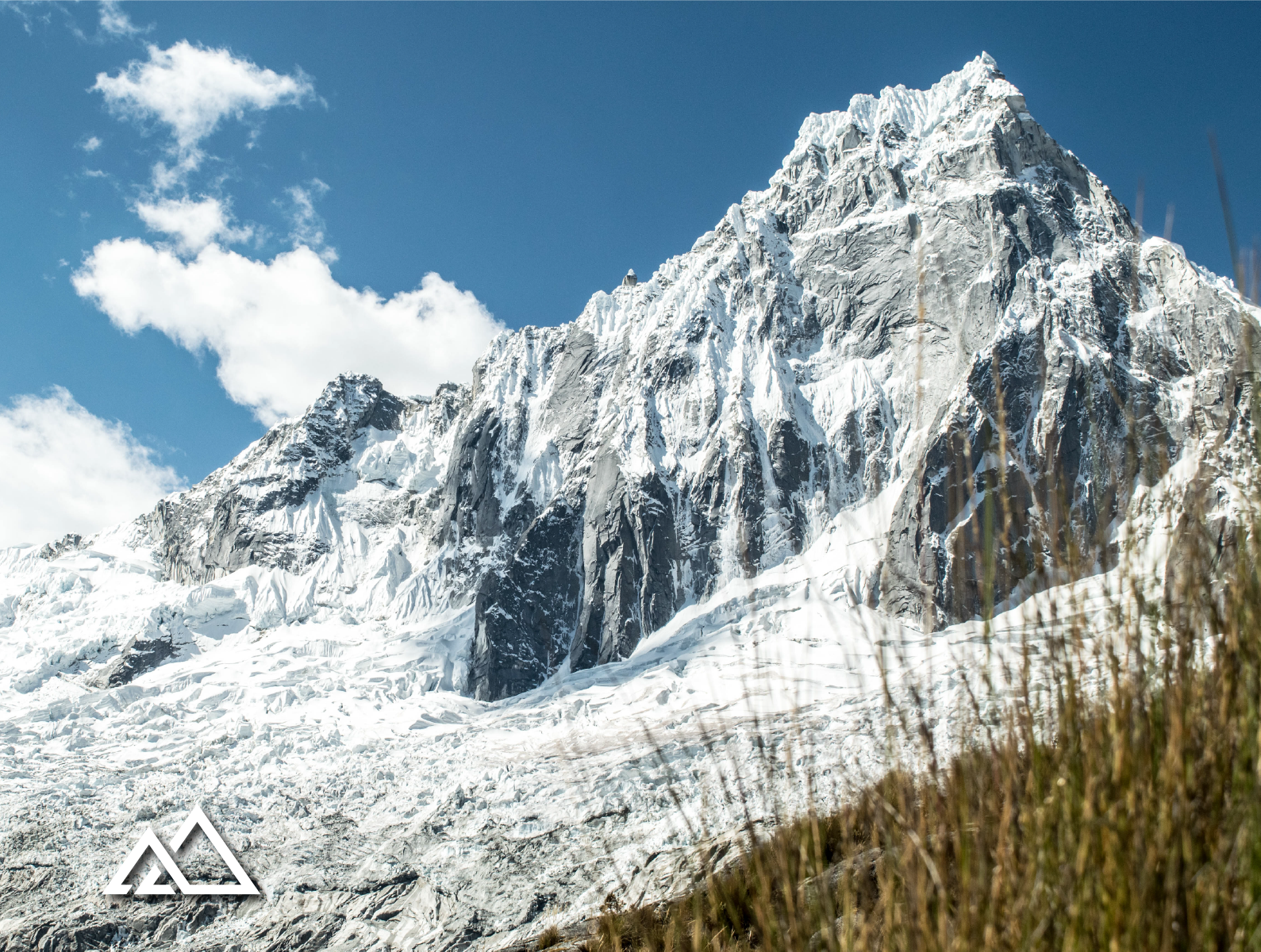 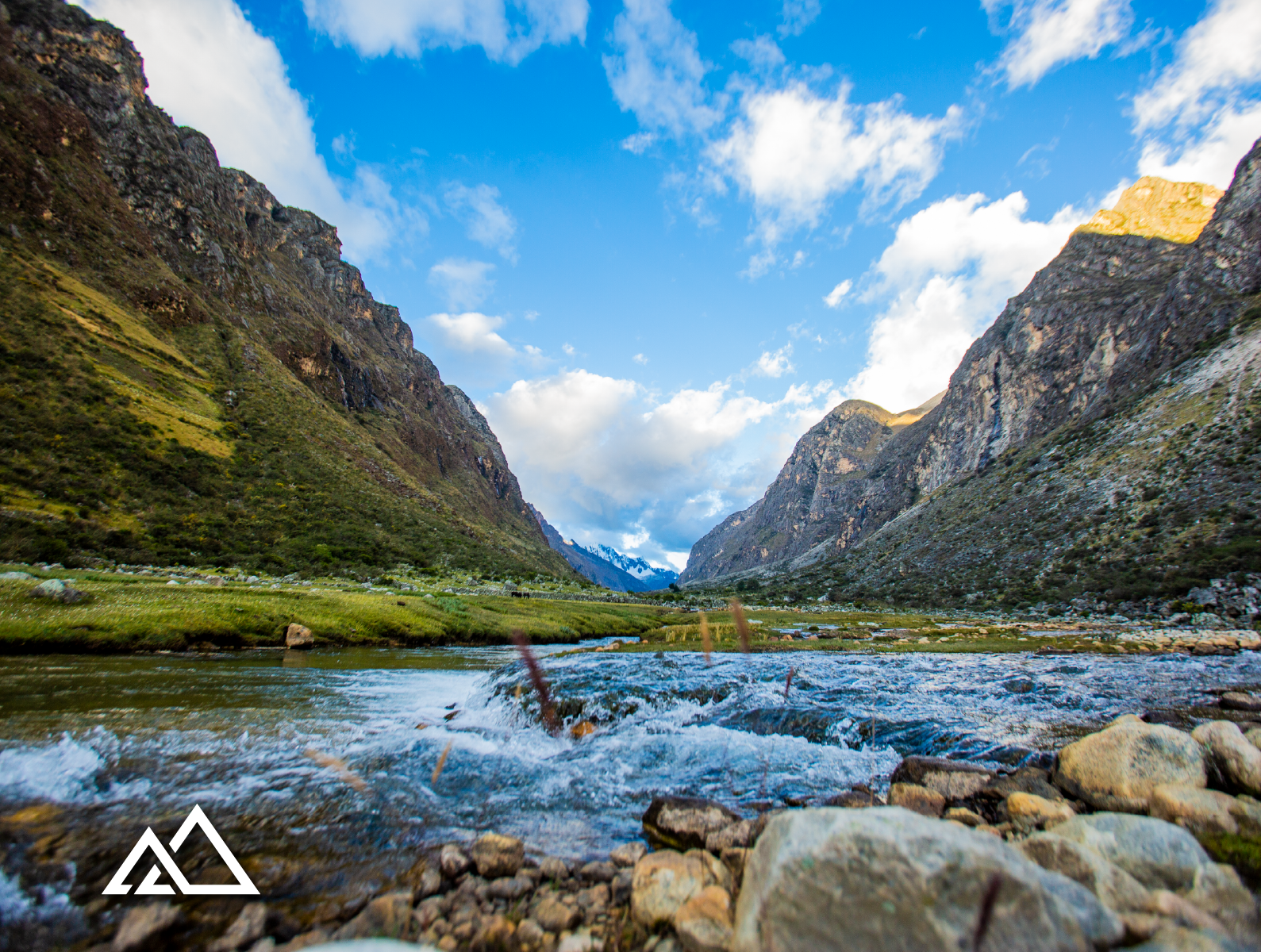 Personal First-Aid Kit: On each trip we carry a medical kit, but we suggest you bring a small personal First-Aid Kit for bruises and blisters. Knee and ankle braces are sometimes useful especially if you suffer from weak knees or ankles. Include any special medication your doctor might suggest for you.