Though Machu Picchu is certainly the holy grail of Inca temples in Peru, there’s a breadcrumb trail of other noteworthy Inca buildings to explore en route to the site of all sites. The reason being that you’re following a very important Inca-laid trail, one that was used for religious purposes and to honor the region’s most sacred peaks. The Sapa Inca himself once traversed this particular Inca Trail to Machu Picchu, paying his respects at the various Inca temples that you too will meet on your trek to Machu Picchu. Those Inca temples are:

These Incan ruins were only just discovered in 2001. The site is composed of mainly circular towers and stone staircases that hint that this Inca building may have once been used as an Incan communication center. 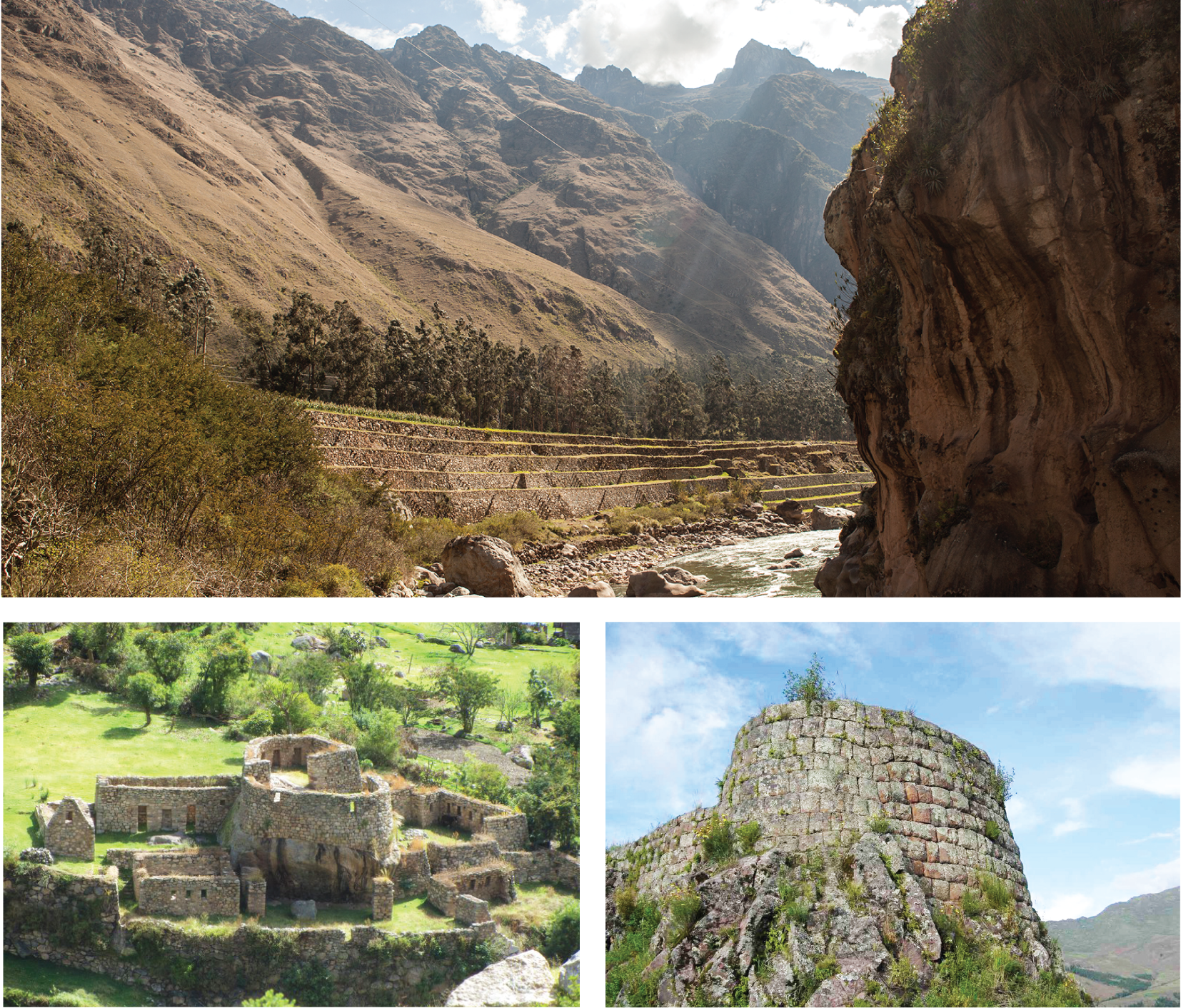 As far as Inca architecture goes, Wayna Q’ente is one of the masterpieces. The surprising amount of flora and fauna that surround it certainly adds a little something to the experience. The main stone building includes a finely carved double door, suggesting that it was likely used for ceremonial purposes.

Situated high on a ridge, archaeologists have concluded that Llaqtapata must have been used as both an important rest stop and a roadside shrine en route to Machu Picchu. It may have also played an important astronomical function during the solstice and equinox, as a long corridor within the ruins aligns perfectly with Machu Picchu. Every June solstice, the corridor points directly to sunrise over Machu Picchu.

Resting on the southern slope of the Runkuraqay Pass (3,800 m.a.s.l.), this impressive archaeological site is believed to have once served as an administrative point. The walled complex with interior niches likely housed guards and, temporarily, pilgrims. There are also signals that it may have been used as a place of worship, too.

In Quechua, the native tongue of the Incas, Phuyupatamarca means “the city above the clouds” and that is a fairly accurate description for an Inca site nestled into a cloud-forested mountainside at 3,670 m.a.s.l. The Inca temple consists of 15 constructions, six of which are small stone baths that were once used by onsite priests for ritual bathing. Historians have also gathered that the site may have been used for the worship of water, a necessary element for the Inca’s largely agriculture-based economy.

With orchids dotting the landscape and the ever-present mist of the nearby cloud forests, Winay Wayna is extremely picturesque. This Inca complex is made up of two sections of Inca architecture. The upper section is mainly circular buildings while the lower section is mostly a collection of linear walls with jagged edges and closely packed massive stone slabs. The jury’s still out on how the site was used, but a few scholars have interpreted the Inca buildings and architecture to be a former religious site or simply a spot for elders and royalty to rest before their final approach to Machu Picchu.

There’s nothing like exploring this line-up of lesser-known Incan sites with an expert adventure guide at your side to reveal every nook and cranny. Our team of trained and experienced guides and crew will ensure your trek and Machu Picchu tour are nothing short of phenomenal, from delivering the lowdown on Inca architecture by day to setting up your cozy campsite each night. Get in touch with us today for more information about the Inca Trail Trek to Machu Picchu.