Have you ever watched the adventure film Touching the Void? If so, you’re already familiar with the knife-edge peaks of the Cordillera Huayhuash. This impressive Peruvian mountain range situated outside of Huaraz is home to seven of Peru’s highest peaks, all of which are over 6,000 meters tall. Mountaineers literally drool over these landscapes and so will you after reading this post. Here’s everything you need to know about the various Huayhuash Treks.

That’s right! You have options. The Huayhuash Mountain Range is nearly 30 kilometers long. There are plenty of trail and trek combinations to fit any traveler’s Peru itinerary.

The full Cordillera Huayhuash circuit is for the avid adventurer and mountaineer. Over the course of 14 days, you’ll traverse nine mountain passes while circling the entire Huayhuash Mountain range. The highest elevation you’ll reach comes on the 7th day when you summit Santa Rosa Pass for a panoramic view of more mountains than you can count, including the mighty Yerupaja, Peru’s second tallest mountain. The days vary in length, ranging from lighter four or five-hour days of trekking to long and mental eight or nine-hour days on the trail. 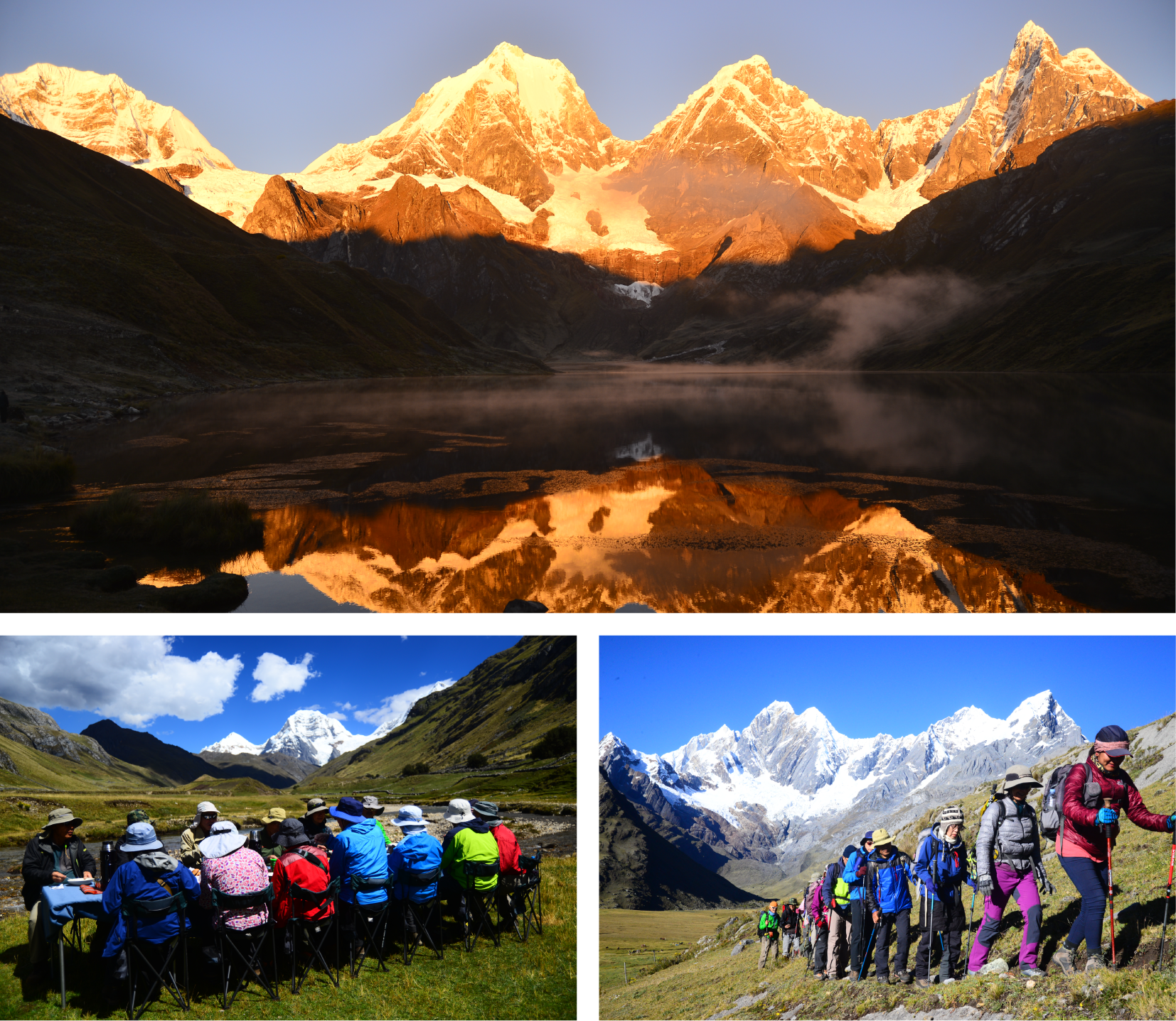 2. The Best of the Huayhuash Trek

With three passes in six days, this nearly halved version of the complete requires less of a time commitment without skimping on any of the jaw-dropping views and brushes with wildlife and nature along the way. Your highest day will be on the fifth day of the trek when you summit Sambunya Pass (4,750 m.). After four strong days of trekking the Huayhuash landscapes, however, you’ll be more than ready for its heights. Expect to trek for anywhere from five to eight hours each day. 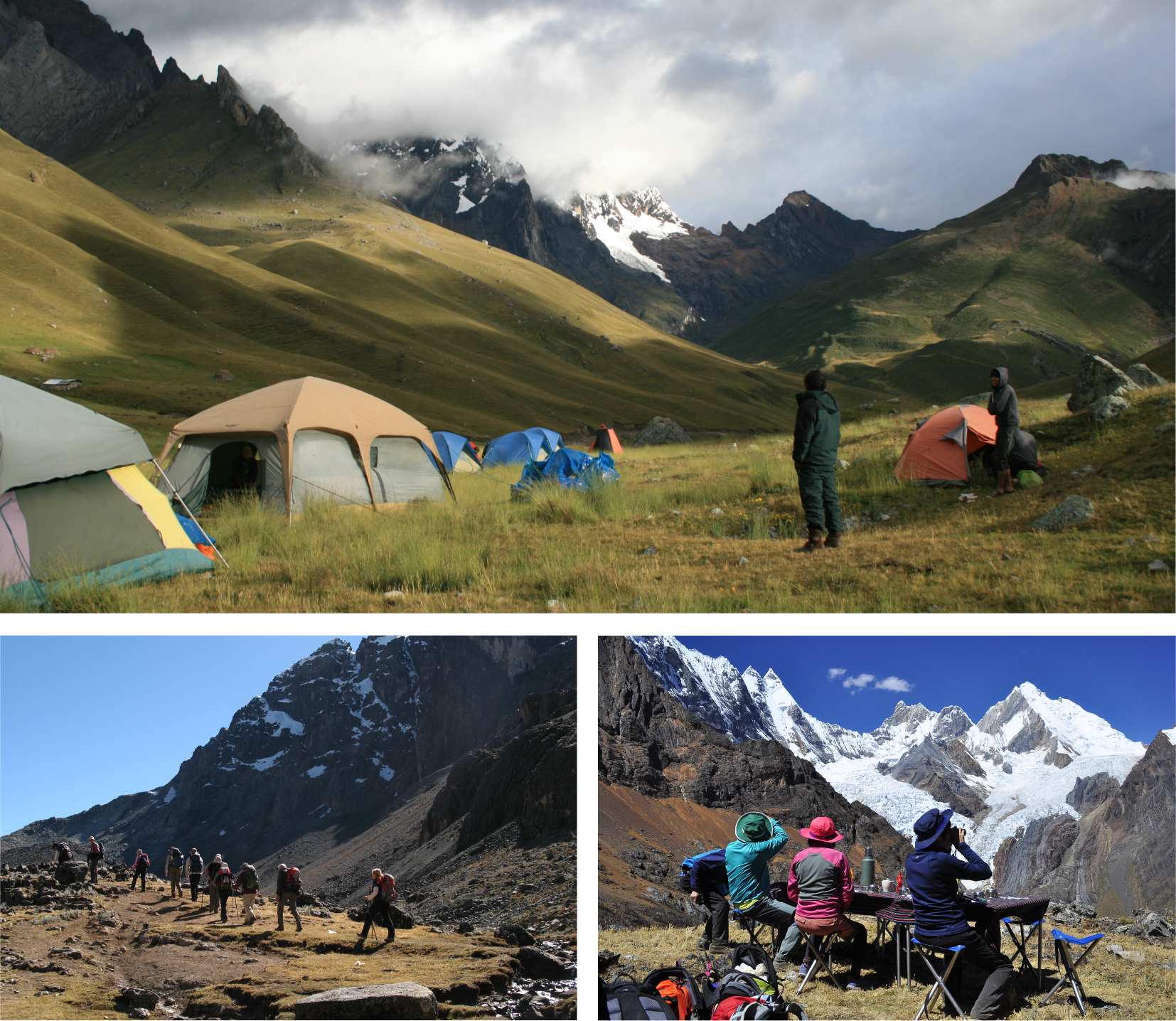 In the same amount of time you could complete the Machu Picchu trek, you can complete a lesser-known moderately difficult trek through the spectacular Huayhuash Mountains. This mini version of the Huayhuash Trek begins where the full Huayhuash circuit trek ends, retraces some of that trail’s steps and then throws in a pass the complete Huayhuash circuit misses. The highest elevation your lungs will have to grapple with is 4,750 meters above sea level at the Sambunya Pass on Day 2 of the trek. Daily time on the trail ranges from five to eight hours. 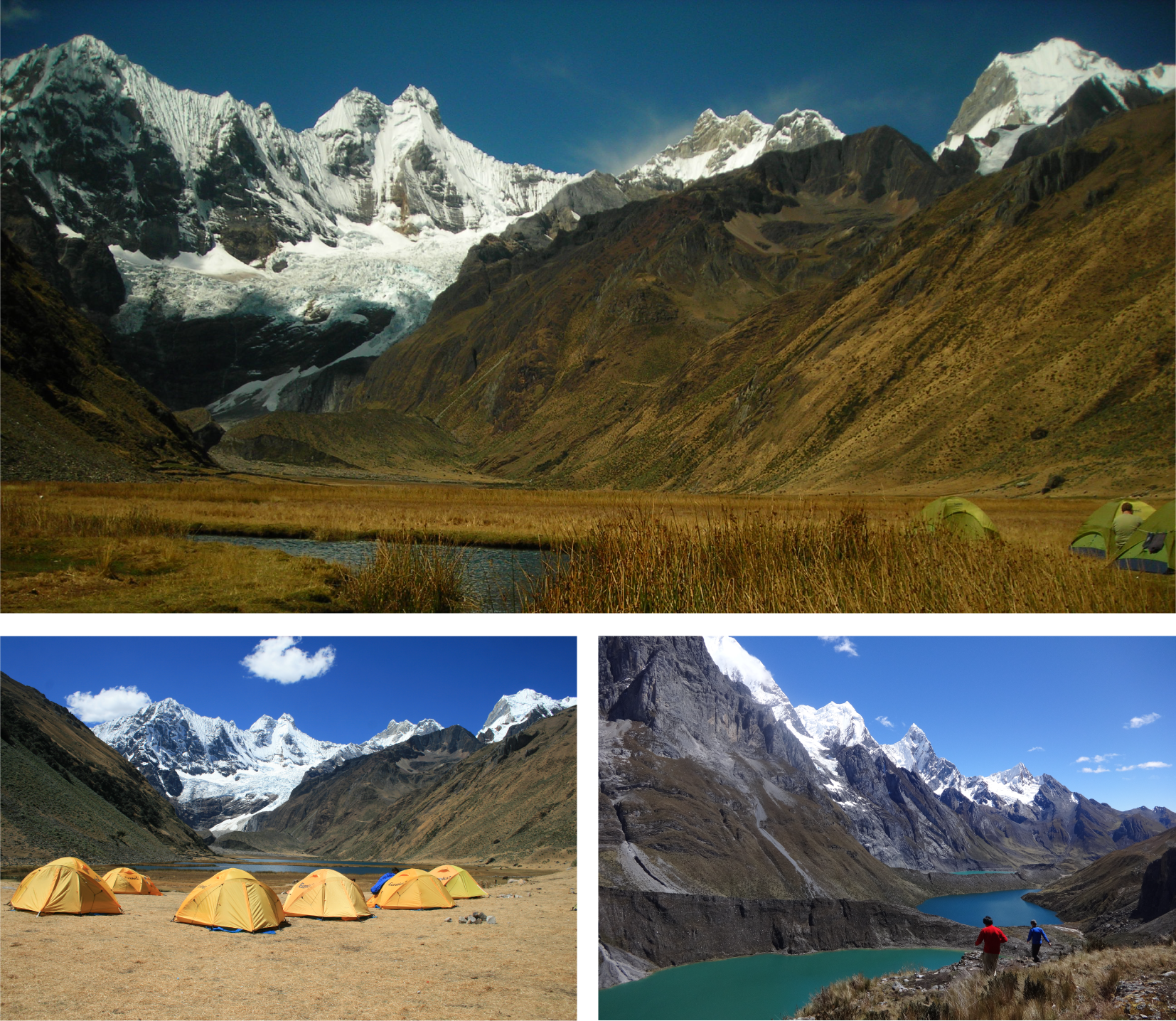 For Huayhuash Trek prices or for more information about Huayhuash trekking (or trekking Peru in general), get in touch with our team!